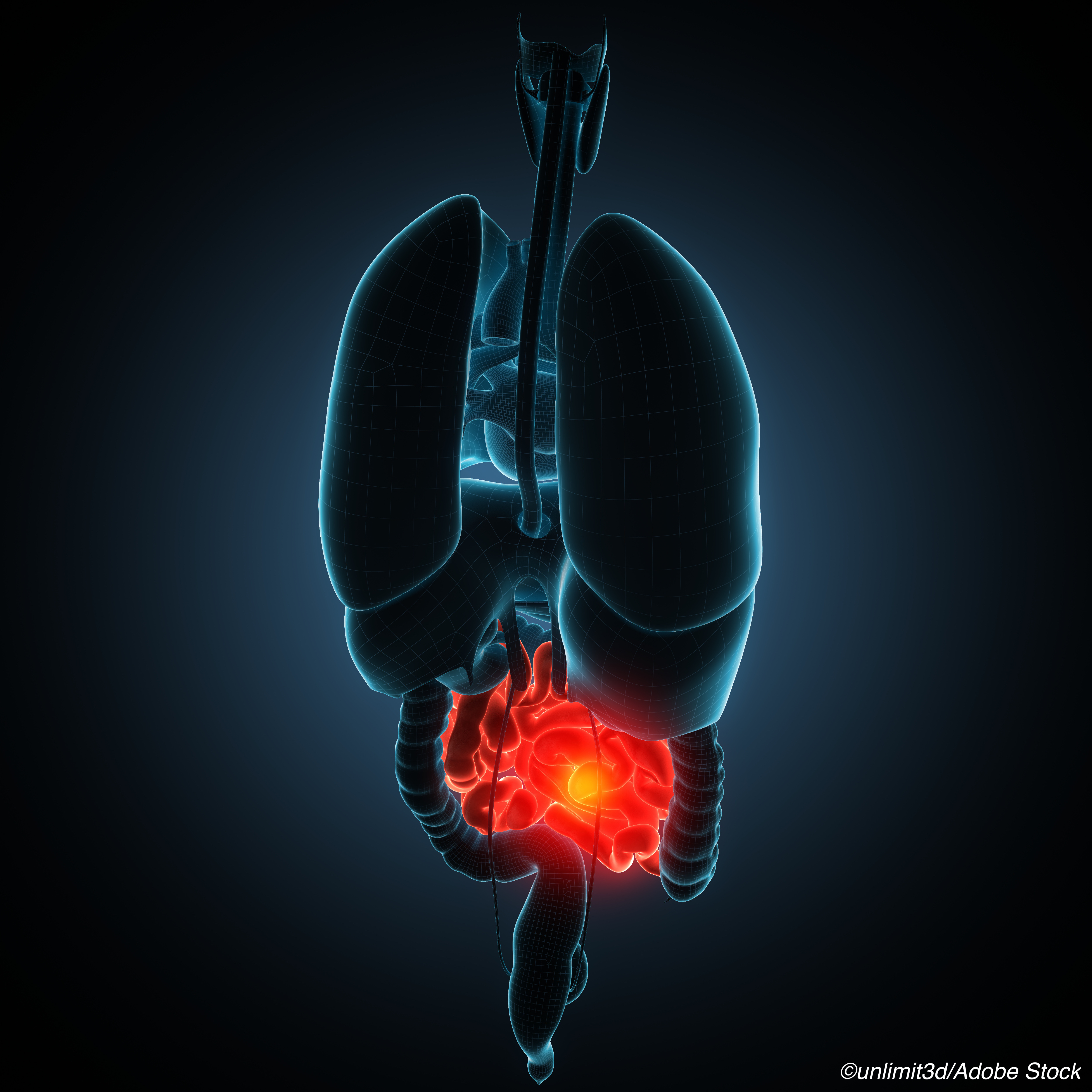 The American College of Physicians (ACP) has issued new guidelines on the diagnosis and management of acute left-sided colonic diverticulitis (ACD), as well as the role of colonoscopy after an ACD diagnosis, in adult patients.

The diagnosis and management guideline is “based on a systematic review on the use of computed tomography (CT) for the diagnosis of acute left-sided colonic diverticulitis and on management via hospitalization, antibiotic use, and interventional percutaneous abscess drainage,” explained Amir Qaseem, MD, PhD, MHA, of the ACP in Philadelphia, and co-authors, in the Annals of Internal Medicine.

As for how to deploy colonoscopy to diagnose colorectal cancer (CRC), the “target audience for this guideline is all clinicians, and the target patient population is adults with recent episodes of acute left-sided colonic diverticulitis,” they noted in a separate Annals article.

For diagnosis and management of primary ACD, the ACP backs the following:

As for colonoscopy for CRC in already diagnosed patients, the ACP states:

Most of the recommendations were conditional and with a low-certainty of evidence, according to Qaseem’s group, and that’s because the separate systematic reviews that evaluated the existing data found it “did not adequately assess heterogeneity of treatment effect,” explained Ethan M. Balk, MD, MPH, of the Brown School of Public Health in Providence, Rhode Island, and co-authors in the Annals.

However, the suggestion not to give the nonsteroidal anti-inflammatory drug (NSAID) mesalamine was a “strong recommendation” with “[h]igh-certainty evidence [showing] that mesalamine results in no difference in risk for recurrence compared with placebo at 9 to 24 months of follow-up,” for an absolute risk difference 2.7% (95 CI 1.6%-7.5%), and “low-certainty evidence… that there may be no differences in symptom scores between mesalamine and placebo,” Qaseem and co-authors wrote.

The prevalence of diverticulosis coli is age-dependent, increasing from about 5% around age 40 to 65% at ages ≥85, explained Caroline Suzanne Andeweg, MD, of St Jansdal Hospital in Harderwijk, the Netherlands, and co-authors. “It is estimated that approximately 25% of the patients with diverticulosis will develop an episode of [ACD],” they wrote in Digestive Surgery.

A 2020 meta-analysis in Colorectal Disease by researchers in England found that “[r]ight-sided acute diverticulitis predominantly affects younger male patients compared with left-sided disease and is associated with favorable outcomes as indicated by the lower risk of complications, failure of conservative management, need for emergency surgery, recurrence, and shorter length of hospital stay.”

ACD is “frequently encountered by primary care practitioners, hospitalists, surgeons and gastroenterologists,” explained Lisa L. Strate, MD, MPH, and Sophia M. Swanson, MD, both of the University of Washington in Seattle, in a 2019 Annals article. “The clinical presentation of acute diverticulitis ranges from mild abdominal pain to peritonitis with sepsis. The diagnosis can often be made based on clinical features alone, but imaging is necessary in more severe presentations to rule out complications such as abscess and perforation.”

With regard to the possible connection between diverticulitis and CRC, “Maybe 1% of patients…will end up having a colon cancer that was initially misdiagnosed as diverticulitis,” Strate noted in a 2019 Annals On-Call podcast.

For diagnosis and management, Balk and co-authors reported that they found 745 studies met their criteria for “full-text screening,” specifically a pair of systematic reviews of CT accuracy, a study of CT staging for acute diverticulitis, five studies of CT-related clinical sequelae, six studies on hospitalization, a dozen studies addressing antibiotics, and two studies on percutaneous drainage.

They found that, for imaging, there was moderate-strength evidence that CT “is highly accurate for diagnosing acute diverticulitis.” For uncomplicated ACD, six studies produced “low-strength evidence that initial outpatient and inpatient management have similar risks for recurrence or elective surgery,” the authors wrote, adding that that same research offered insufﬁcient evidence for other outcomes, such as physical or mental health.

As for antibiotics for uncomplicated ACD, five low-strength studies, which compared giving the agents versus not giving them, did not show notable differences in treatment failure risks, elective surgery, recurrence, and post-treatment complications. In addition, the evidence did not offer clarity on the optimal antibiotic regimen. Balk’s group pointed out that eight studies compared antibiotic regimens—including DIABOLO, AVOD, and STAND—but almost all evaluated a different comparison. However, Balk and co-authors acknowledged that in the studies in general, “clinical outcomes were similar with different antibiotic regimens,” such as IV amoxicillin-clavulanate and IV cephalosporin-metronidazole plus oral quinolone-metronidazole.

Balk and co-authors noted that there were no acceptable studies for elective surgery in uncomplicated ACD, but that “[e]lective surgery reduces recurrence in patients with prior complicated or smoldering or frequently recurrent diverticulitis, but it is unclear which of these patients may beneﬁt most.” They found that the summary adverse event risks ranged from 0.7% (95% CI 0.3%-1.4%) for 30-day mortality up to 4.3% (95% CI 2.2%-6.9%) for anastomotic leakage requiring procedure. While there wasn’t enough evidence to look at the risk for long-term death, “there is some indication that at 5 years of follow-up, patients who underwent elective surgery were at reduced risk for death,” according to Balk’s group.

For the colonoscopy review, Balk’s group evaluated 19 post-ACD colonoscopy studies, and reported that low-strength evidence showed that long-term CRC diagnosis was similar with or without colonoscopy in patients with uncomplicated ACD, while high-strength evidence demonstrated that the CRC risk was higher among those with complicated diverticulitis. Also, research showed “no complications related to colonoscopy,” and that across relevant studies, 0.2% of patients experienced a complication. Colonoscopies were done anywhere from six to seven weeks up to six months after the episode of ACD acute.

“For patients with prior complicated or smoldering or frequently recurrent diverticulitis, elective surgery is associated with reduced recurrence…[and]..serious surgical complications were uncommon,” they wrote.

In terms of mesalamine treatment, a pooled analysis of six randomized trials, including PREVENT-1 and 2SAG-37 and 51, found that the summary OR for diverticulitis recurrence was 1.15 (95% CI 0.92 to 1.44) across various doses, and that “no dose effect was evident within or across studies.”

NSAIDS in general are not considered a friend to diverticulitis. In a talk at the 2018 Internal Medicine meeting, Anne Peery, MD, of the University of North Carolina at Chapel Hill, pointed out that regular use of NSAIDs was a key risk factor for diverticulitis. “Aspirin also increases the risk, but not to the degree of NSAIDs,” she wrote in an ACP Internist article. Peery co-authored a 2020 expert review on the clinical management of diverticulitis for the American Gastroenterological Association (AGA), emphasizing that to lessen the risk of diverticulitis recurrence, “patients should consume a high-quality diet, have a normal body mass index, be physically active, not smoke, and avoid [NSAID] use…”

The ACP guidelines join management and treatment recommendations from the American Academy of Family Physicians (2013), the AGA Institute (2015), the American Society of Colon and Rectal Surgeons (2020) and the World Society of Emergency Surgery (2020). The American College of Gastroenterology currently has no ACD guidelines listed on its website, although does offer some basic information on diagnosis and management of diverticulosis and diverticulitis, and cites an in-progress update on managing acute lower gastrointestinal bleeding.

Back in 2014, the Royal College of Surgeons of England (RCS) shared its guidelines for colonic diverticular disease, although based on a 2020 retrospective study, researchers at Medway Maritime Hospital in Gillingham, England disagreed with the college’s call for routine CT surveillance of the colon. “There is no evidence to support the routine use of endoscopic evaluation after an episode of left-sided diverticulitis diagnosed on CT if no worrying radiological findings have been reported,” asserted Zakariya Abdulazeez, MD, and co-authors in the Annals of RCS.

The guidelines are funded by the ACP. The evidence reviews were funded by ACP and the Agency for Healthcare Research and Quality (AHRQ).

Qaseem reported no relationships relevant to the contents of this paper to disclose. A co-author reported support from ACP.

Balk and co-authors reported support from ACP and AHRQ.