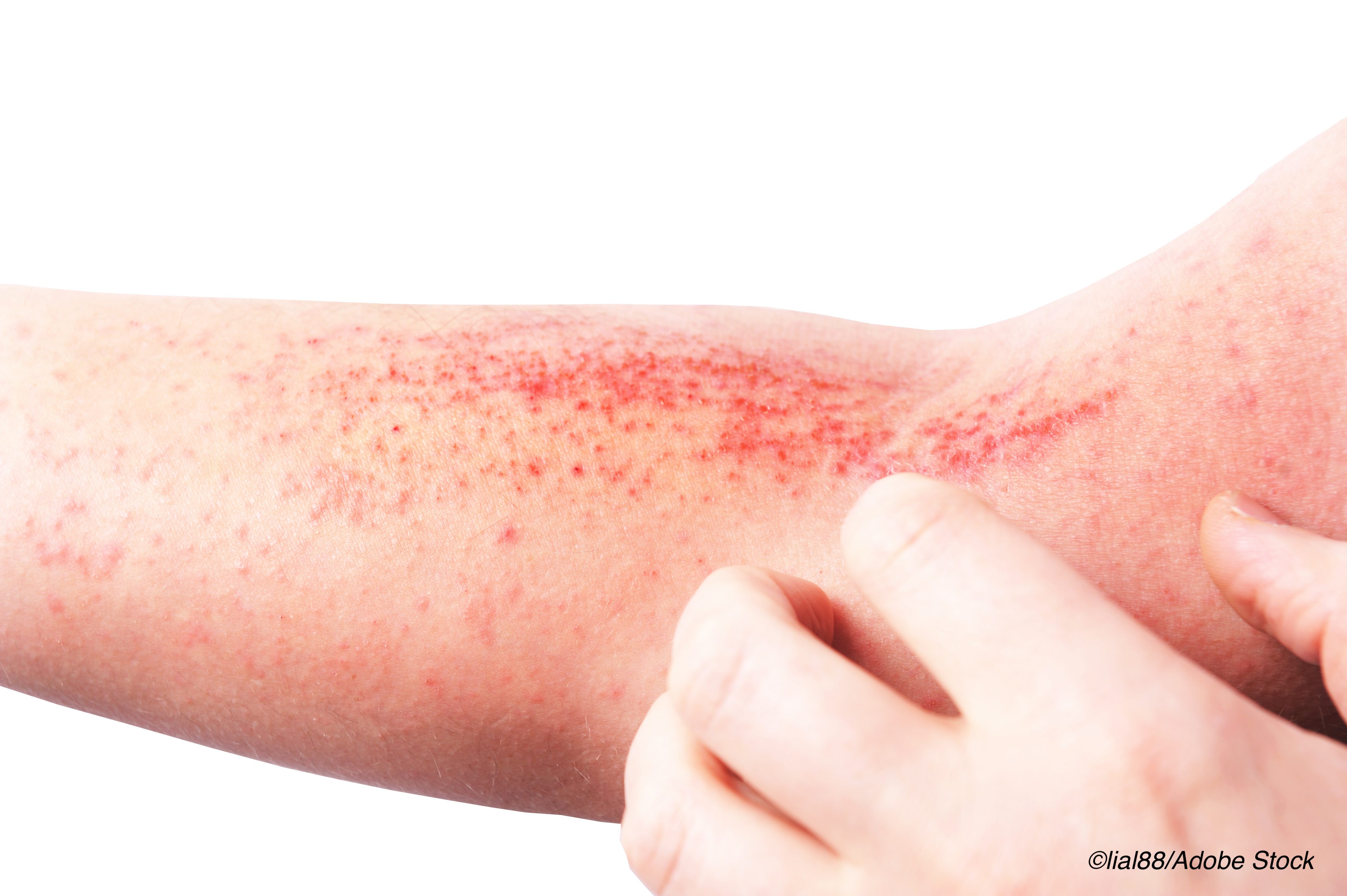 Results from JADE COMPARE study show abrocitinib is effective, safe in the short-term

In patients with moderate-to-severe atopic dermatitis, treatment with abrocitinib — at doses of 100 and 200 mg — brought about significantly greater reductions in disease signs and symptoms at weeks 12 and 16 compared with placebo. Further, treatment with 200-mg abrocitinib, but not 100-mg abrocitinib, was superior to dupilumab in reducing itch response by week 2, according to study results published in The New England Journal of Medicine.

Abrocitinib is an oral Janus kinase 1 (JAK1) inhibitor that acts to reduce interleukin-4 and interleukin-13 signaling. Dupilumab is an anti-interleukin-4-receptor alpha monoclonal antibody approved for the treatment of atopic dermatitis.

For this phase III, double-blind, randomized trial, 838 patients with atopic dermatitis were randomized to treatment with abrocitinib (100 or 200 mg once daily; n=238 and 226, respectively), subcutaneous dupilumab (300 mg every two weeks, after a loading dose of 600 mg; n=23), or placebo (n=131). All patients also received topical treatment.

“Serious and opportunistic infections are considered to be a risk with JAK inhibitors in patients with rheumatoid arthritis. In the current trial, herpes zoster was reported more frequently with abrocitinib than with placebo or dupilumab, and serious infections occurred in two patients receiving abrocitinib,” wrote Bieber and colleagues.

Conjunctivitis affected more patients in the dupilumab-treatment group (6.2%) compared with both the 200-mg (1.3%) and 100-mg (1.3%) abrocitinib groups. The incidence of other side effects such as nasopharyngitis, upper respiratory tract infection, and headache were similar in all the groups.

“The 200-mg dose, but not the 100-mg dose, of abrocitinib was superior to dupilumab with respect to itch response at week 2, but neither abrocitinib dose differed significantly from dupilumab with respect to most other key secondary end points at week 16. Longer and larger trials are necessary to determine the efficacy and safety of abrocitinib and to compare it with other JAK inhibitors and with biologic agents used for the treatment of atopic dermatitis,” Bieber et al concluded.

Limitations of the study are its inclusion of adults only, short duration, inability to assess superiority of abrocitinib over dupilumab in its two primary endpoints, lack of adjustment of confidence intervals for secondary endpoints, missing data for patients who withdrew, and insufficient data to assess the presence of comedonal acne.

This study was funded by Pfizer.