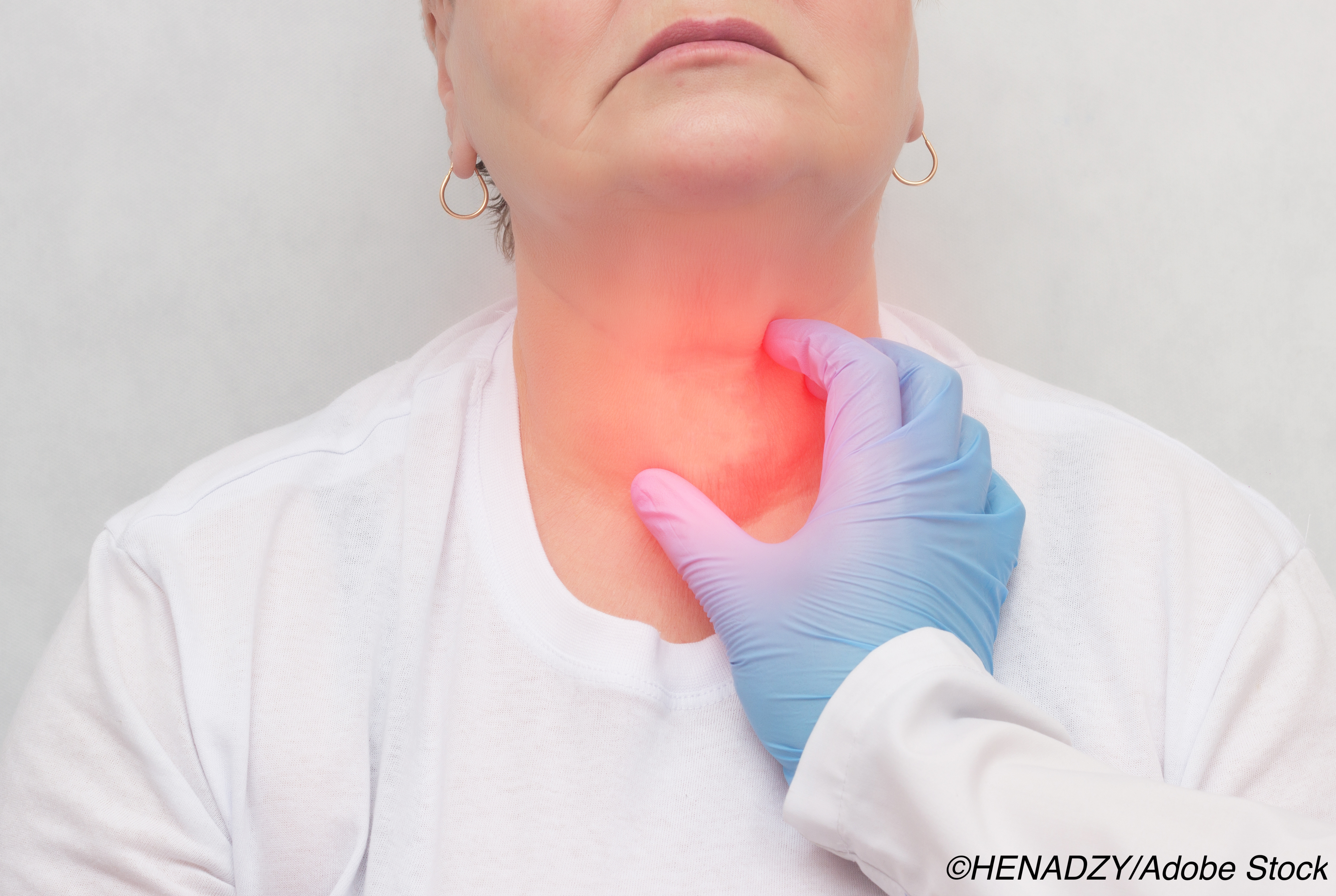 Adverse thyroid events occur frequently among relapsing-remitting multiple sclerosis patients, but the vast majority of those events occur early in the course of treatment and most of them resolve using oral therapies, researchers reported.

Importantly, the occurrence of thyroid events did not appear to change the risk of multiple sclerosis relapse, says Colin Dayan, MBBS, PhD, professor of clinical diabetes and metabolism at Cardiff University School of Medicine, United Kingdom.

The analysis was undertaken because few of the thyroid adverse events were reviewed by endocrinologists, and the researchers hoped to characterize the events, which were common — more than 40% of the patients had either thyroid symptoms or thyroid-related laboratory abnormalities, Dr. Dayan says.

“We set up a process whereby all the cases were reviewed by two endocrinologists, and they were re-reviewed by a third endocrinologist if they couldn’t reach consensus,” he says. “We did reach consensus in 288 of the 378 patients. All the cases occurred within the six years of the trial. In 23 cases, the doctors determined that the thyroid event was pre-existing, and in 7 cases the event occurred outside the window of the trial, that is, after six years. About 98% of the events after adjudication occurred with 4 years of the start of treatment with alemtuzumab.”

After re-assessment, 41.6% of adverse thyroid events were considered to be either Grave’s disease or Hashimoto’s disease switching to hyperthyroidism, meaning that it was antibody mediated, Dr. Dayan says. He added that 20.2% were considered either to be Hashimoto’s disease or Grave’s disease switching to hypothyroidism, most likely due to a blocking antibody. “We did not have access to all the antibody data taken at the time of the adverse events,” says Dr. Dayan. “Indeed, these tests were not done routinely even at baseline.” He says 9.7% of the cases were deemed to be transient or destructive thyroiditis. In 28% of cases, the doctors agreed that they couldn’t be certain from the data available.

In commenting on the study, Asaff Harel, MD, assistant professor of neurology at Lenox Hill Hospital/Hofstra School of Medicine/Northwell Health, New York City, says “We know that alemtuzumab has thyroid issues. What is reassuring about this work is that more than 97% of these events occurred within four years of treatment, and the majority of them occurred within 2 years. That means that we don’t have to necessarily continue to have a high degree of suspicion that your patient might have thyroid issues down the road.”

Dr. Harel also says that the study was helpful in showing that even with thyroid events, there did not appear to be an impact on multiple sclerosis outcomes, as the annualized relapse rate was not statistically significantly different between those with thyroid events and those who did not experience those events.

The trial was supported by Sanofi.

AHA 2020: No benefit from high-dose omega-3 for AF high-risk patients