AHA: Another Trial Finds Aspirin Is the Little Pill That Couldn’t - Physician's Weekly
×

AHA: Another Trial Finds Aspirin Is the Little Pill That Couldn’t 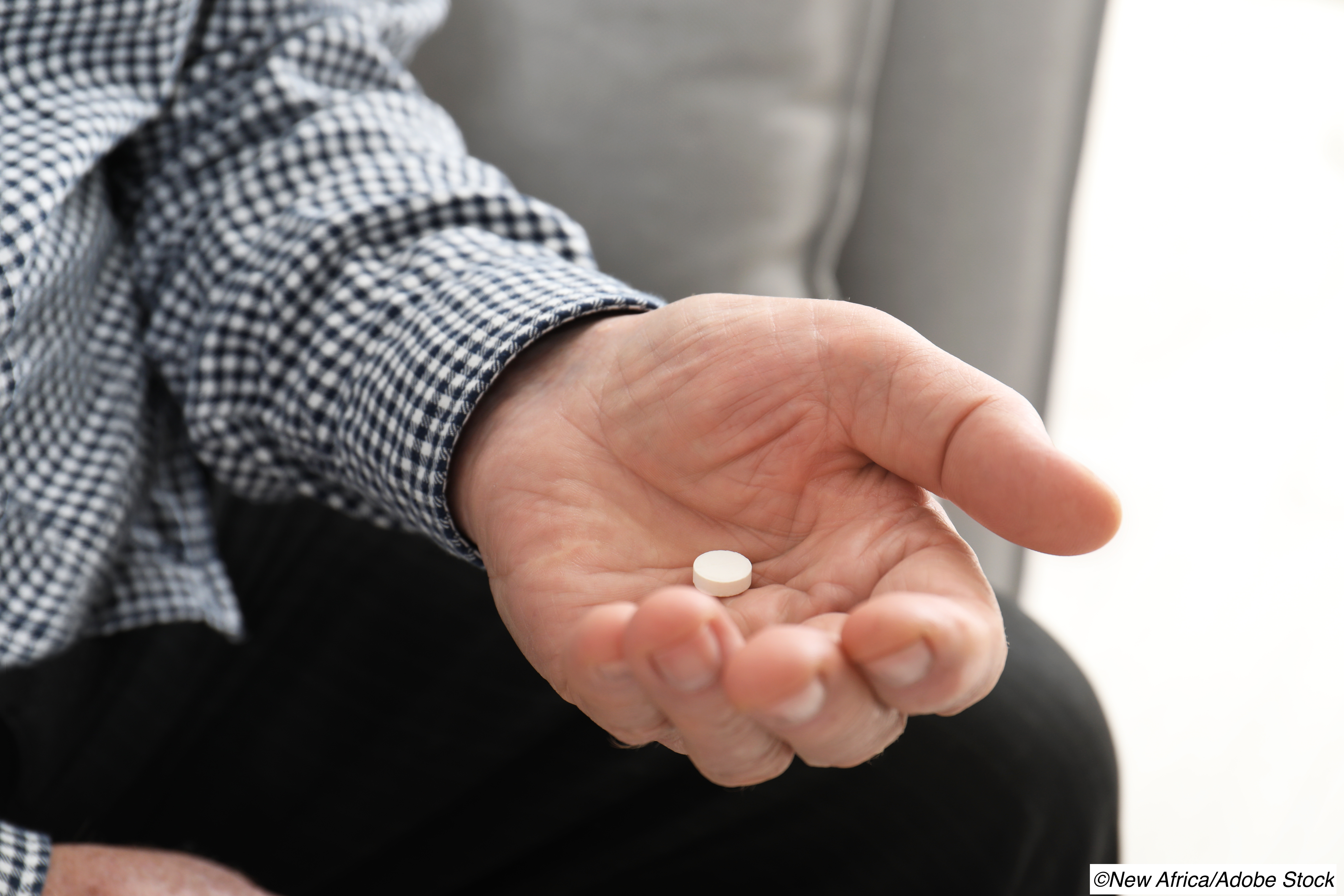 No cognitive benefit for those with T2D

Years of faithfully taking 100 mg of aspirin daily did not stave off dementia in a study of more than 15,000 adults with type 2 diabetes, investigators with the ASCEND trial reported at the American Heart Association’s 2021 Virtual Scientific Sessions.

The study investigators, led by Jane Armitage, MBBS, professor of clinical trials and epidemiology at the Nuffield Department of Population Health at the University of Oxford, United Kingdom, enrolled 15,480 participants in the United Kingdom. All were age 40 or older and had confirmed diagnosis of diabetes (94% type 2 diabetes). They were evenly randomized to 100 mg of aspirin or matched placebo. The median age was 63, and about two-thirds were men.

At the end of follow-up, presence of dementia was determined by several methods: results of a cognitive function test — telephone Interview of Cognitive Status and verbal fluency or the Healthy Minds test; diagnoses listed in hospital admission data or death records; and other indicators of cognitive impairment listed in electronic health records. Researchers also noted the occurrence of serious illness, heart attacks, strokes or major internal bleeding.

When defining dementia broadly—meaning dementia, cognitive impairment, or delirium or confusion—548 people out of 7,714 taking low-dose aspirin met the criteria for dementia after about 7 years of follow-up compared with 598 individuals out of 7,713 who were assigned to the placebo group. The resulting 9% relative risk difference was not statistically significant, said Armitage.

At a press conference, Armitage found similar results when analyzing outcomes based on a narrowed definition of the primary endpoint: Dementia alone. In that context, 254 of the patients taking aspirin were diagnosed as having dementia compared with 283 of the patients who were on placebo, an 11% difference that also failed to achieve statistical significance, Armitage said.

“Daily low-dose aspirin taken for an average of 7 years did not affect the risk of dementia in adults with type 2 diabetes,” she reported. “The aspirin regimen was neither protective nor harmful regarding dementia risk. A heart attack or stroke was associated with at least double the risk of dementia.” The analysis suggested that daily aspirin had a possible 2% risk of proportional harm and around a 19% chance of proportional benefit. She suggested that larger clinical trials would be necessary to eke out a possible 15% benefit.

While daily low-dose aspirin may be prescribed to reduce the risk of having a second heart attack or clot-related stroke, it is also associated with internal bleeding, including intracranial hemmorhage. “The overall effect of aspirin on dementia and cognitive impairment was uncertain,” said Armitage. “Aspirin may be protective for dementia by preventing some strokes due to blockages, or it may increase the risk because of bleeding into the brain.”

In commenting on the trial, designated discussant Erin Michos, MD, associate professor medicine at Johns Hopkins Medicine, Baltimore, said, “This was a very large, well-done study that included more than 15,000 people with Type 2 diabetes in the United Kingdom with more than 99% follow-up. It studied a really important outcome. Dementia affects more than 55 million people globally. It is the 7th leading cause of death, and a major cause of disability.

Michos noted that the primary ASCEND outcome data that were published in 2018 showed that low dose daily aspirin in patients with diabetes did reduce major adverse events by 12%, but it also increased major bleeding by 29%, so the reduction in vascular events was counterbalanced by bleeding. “I think a really important finding with ASCEND is that study participants who had a major prior vascular event—heart attack or stroke—were 2.5 times more likely to develop dementia,” she said. “So, we need to prevent cardiovascular events in the first place thought blood pressure control, lipid lowering, and smoking cessation. These might be more effective ways to prevent cardiovascular disease and subsequently prevent dementia. We need more focus on improving cardiac health much earlier in life.”

Armitage concluded that studies with “larger numbers of incident dementia are needed to assess whether any modest proportional 15-18% benefits of 5-7 years of aspirin use exist.”

The designated discussant for the ASCEND trial, Amytis Towfighi, MD, professor of neurology and poulation public health sciences at the Keck School of Medicine, University of Southern California, pointed out that the study was limited by its reliance on hospital data (electronic health records) for indicators of cognitive impairment, which may have underestimated the true incidence.

Armitage disclosed no relationships with industry.

Michos disclosed no relationships with industry.

Towfighi dislosed no relationships with industry.