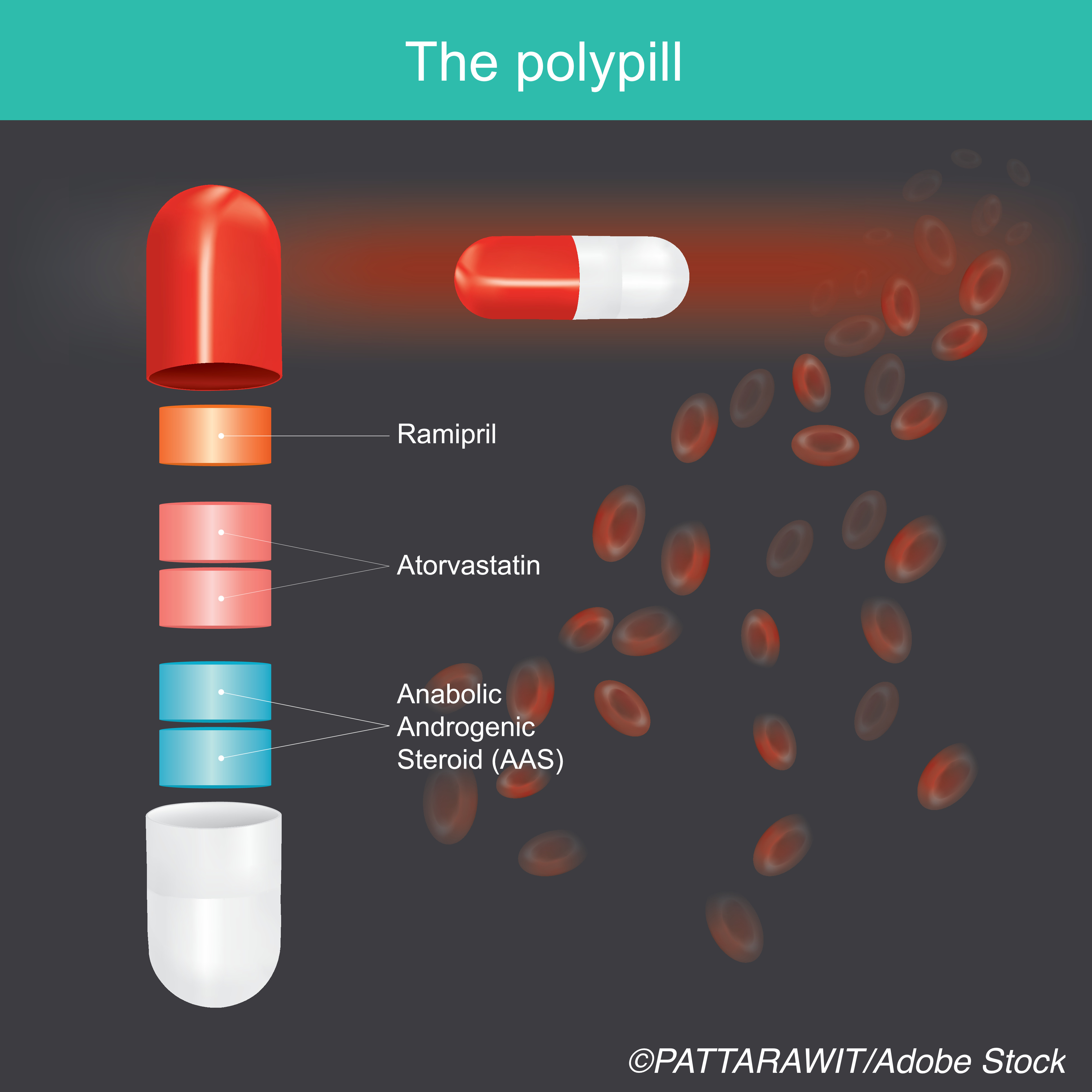 DALLAS — Individuals without overt heart disease who are being treated for multiple risk factors appear to reduce their risk of cardiovascular events by taking a polypill that addresses multiple illnesses. However, they do even better if they add low-dose aspirin to their therapy, researchers said here.

The so-called TIPS-3/TIPS plus Aspirin trial found that patients who just took the polypill also reduced the risk of experiencing one of the cardiovascular composite events — cardiovascular death, non-fatal stroke, or non-fatal myocardial infarction. The relative risk reduction was 24% and was of borderline significance (HR 0.76 [95% CI 0.60-1.00]), Yusuf reported at the American Heart Association’s virtual Scientific Sessions 2020.

“Combined treatment with a polypill plus aspirin led to a lower incidence of cardiovascular events than did placebo among participants without cardiovascular disease who were at intermediate cardiovascular risk,” said Yusuf.

He suggested that the recent downgrading of the use of aspirin to prevent cardiovascular events in treatment guideline algorithms might need to be revisited.

“If half of eligible people use a polypill with aspirin, 3 million to 5 million cardiovascular disease events might be avoided globally,” he said at a press conference.

In commenting on the studies as the designated discussant, Anushka Patel, MBBS, PhD, chief scientist at the George Institute for Global Health and professor of medicine at the University of New South Wales, Sydney, said, “TIPS-3 adds to the body of evidence that suggests polypill-based strategies can have important clinical and public health benefits.

“There are many different polypills, including some that already contain aspirin,” Yusuf told BreakingMED.

In the study, which was published online in the New England Journal of Medicine at the time of its presentation, Yusuf and colleagues reported that there was a higher incidence of hypotension, dizziness, and cough — but no excess of bleeding — with the use of the polypill plus aspirin than with double placebo.

The lack of bleeding with aspirin might have been due to the trialists performing a run-in period, in which those people with bleeding episodes were excluded from the study. The active run-in period eventually eliminated 715 individuals who experienced side effects and another 560 participants who were non-adherent to the program.

The study was conducted in 89 centers from nine countries and coordinated globally by the Population Health Research Institute, a joint institute of McMaster University and Hamilton Health Sciences; the study included 5,714 people from 9 countries. The men in the study were 50 or older and the women were 55 or older.

“In addition to stopping smoking, the most modifiable risk factors for cardiovascular disease are high blood pressure and elevated cholesterol, so we wanted to test a polypill along with aspirin, which has proven value in people with established vascular disease,” said Yusuf.

Although the formulation of different polypills may vary, the polypill used in this study included 40 mg simvastatin; 100 mg atenolol; 25 mg hydrochlorothiazide; and 10 mg ramipril. It can be combined with 75 mg of aspirin a day.

“The next generation of polypills will likely have greater reductions in risk factors and so can be even more effective at cutting heart disease as the formulations of polypills improve,” said Yusuf.