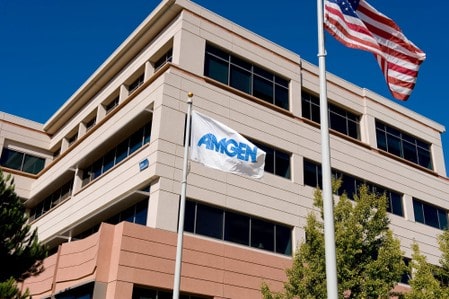 (Reuters) – Amgen Inc’s push to get patients on its new $575 a month migraine drug before competition emerges in September is facing barriers from insurers.

Bracing for a flood of costly prescription claims for the drug, Aimovig, large insurers such as Anthem Inc have set requirements for patients to document how they suffer from a defined number of headaches each month, and show that they have tried older migraine drugs first.

Others have made it even harder.

Plans including Blue Cross/Blue Shield in Florida, Pennsylvania and Kansas confirmed with Reuters that they will only cover prescriptions from – or in consultation with – a neurologist or headache specialist, and specifically a member of the United Council for Neurologic Subspecialties.

Only around three percent of U.S. neurologists have such certification, and they are spread unevenly around the country. Florida and Pennsylvania, for example, each have a couple dozen, mostly in or near cities. Kansas has none at all, although there are three in the Missouri side of Kansas City.

The migraine injection from Amgen, with partner Novartis AG, is the newest front in the battle by payors to control costs amid high patient demand for pricey new drugs. New medicines are expected to triple the migraine market to $8 billion a year, mostly paid for by employers and the government.

In the wake of public pressure from President Donald Trump, drugmakers including Pfizer Inc, Merck & Co Inc and Novartis have in recent weeks rolled back planned list price hikes, or pledged to refrain from raising prices.

Amgen, which will report quarterly results on Thursday, is relying on new medicines like Aimovig to offset declining sales of older products beginning to face competition from biosimilar versions.

Aimovig has been shown to significantly reduce migraine frequency in about half of patients. Current migraine treatments are inexpensive generics or over-the-counter pills that might have side effects, or provide only partial relief for many patients.

In May, Amgen and Novartis were the first to win approval for the new type of migraine drug designed to interfere with a chemical involved in processes that kick off the severe headaches. Headache specialists say the new therapy should help validate migraine – a predominantly female disorder – as a debilitating disease with biological causes.

Four other companies – Eli Lilly & Co, Teva Pharmaceutical Industries, Allergan and Alder Biopharmaceuticals – are all working on potential rivals. The FDA is slated to decide in September on new drug applications from Lilly and Teva.

In the meantime, Amgen is trying to increase Aimovig prescriptions by giving all new patients two free 30-day samples. After that, people with commercial insurance can get up to 12 months free while their coverage is sorted out.

“Patients are coming out of the woodwork now to get this new medication,” said Dr. David Dodick, a neurologist at the Mayo Clinic in Scottsdale, Arizona and chairman of the American Migraine Foundation, echoing what other doctors around the country told Reuters about strong demand for the injection.

Aimovig’s $6,900-a-year price came in lower than many had expected, and the pharmacy benefit manager now lists Aimovig as a preferred migraine treatment on its largest formulary -requiring that patients first try two older preventive therapies and a triptan, a family of generic drugs used to treat acute migraine.

Express Scripts has Aimovig in the same category as Botox, Allergan Plc’s anti-wrinkle injection approved for preventing migraine in patients suffering from 15 or more headaches a month.

Anthem Inc, the second largest U.S. health insurer, said its affiliated employer-sponsored health plans cover Aimovig with prior authorization and proof that patients have tried other therapy, but do not require prescriptions from board-certified neurologists.

OptumRx, the UnitedHealth Group group unit that manages prescription drug coverage for the largest U.S. health insurer, covers Aimovig if patients have a certain number of headaches each month, have first tried older drugs and get their prescription from a neurologist or pain specialist, according to its prior authorization form. Officials at UnitedHealth did not immediately respond to a request for confirmation.

The No. 3 health insurer Aetna Inc said it is still conducting its clinical policy process for Aimovig and will be determining coverage in the next few weeks.

For patients with commercial insurance already covering Aimovig, Amgen has a program that keeps the monthly co-pay at $5. But that assistance, seen by some as promoting the use of higher-cost drugs, is not allowed for government-sponsored plans including Medicare and Medicaid.

Dr. Matthew Robbins, chief of neurology at Montefiore Medical Center in the Bronx, said he sees many patients who are struggling financially and wonders, “when the two free months are up, are they going to have to come off of the drug? The co-pays are too expensive.”

Prime Therapeutics, which manages prescription benefits for Blue Cross/Blue Shield plans in several states covering 27 million members, said the final status of its coverage policy will be determined at a September meeting of its pharmacy and therapeutics committee.

Highmark Health, which insures about 5 million people in Pennsylvania, West Virginia and Delaware, requires Aimovig to be prescribed by or in consultation with a neurologist or headache specialist, but does not stipulate that they have a specific subspecialty certification.

The challenges have competing drugmakers already talking with insurers about price and coverage terms.

“We are in discussions with every major PBM and payer right now … to achieve the right level of access and affordability at the time of launch,” said Wei-Li Shao, vice president of neurosciences at Eli Lilly.

Teva said its drug will be priced competitively “based on market dynamics.”

Allergan Chief Commercial Officer Bill Meury said he does not expect the company’s oral drug to be priced at a premium to rival injection medicines.

“We want to make our medications … affordable so that health insurers place them on formulary,” he said.

On its website, Optum says it will evaluate all of the new migraine drugs, then “leverage them against each other for the best possible financial arrangement.”