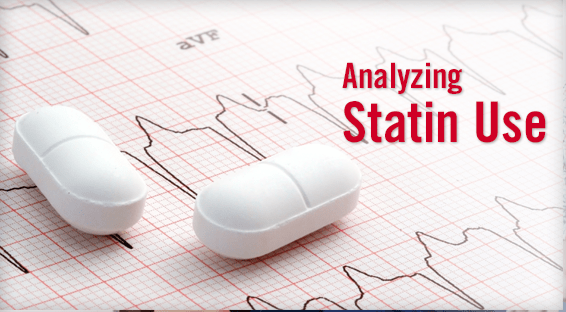 Recently, the American College of Cardiology (ACC) and the American Heart Association (AHA) updated their cho­lesterol guidelines, which shifted away from a focus on treating to target LDL cholesterol levels and toward minimizing global cardiovascular risk. The updated ACC/AHA guidelines substantially broadened the number of people for whom statins are recommended, primarily by enlarging the eligible population to those with lower levels of cardiovascular risk.

Whereas previous studies have shown that statin use is increasing in the United States, others have shown that use of these medications is suboptimal, even among high-risk individuals. “We have few data that have looked at how cardiovascular risk and specific risk factors contribute to the actual prescribing of statins,” says Michael E. Johansen, MD, MS. In an effort to address this research gap, he and his colleagues conducted a study—published in Annals of Family Medicine—that looked at the relationships between statin use and cardiovascular risk as well as diagnosed hyperlipidemia and other specific risk factors using a nationally representative sample.

The study by Dr. Johansen and colleagues analyzed data from the 2010 Medical Expenditure Panel Survey and involved more than 16,000 patients aged 30 to 79. Those who reported filling at least two statin prescriptions were classified as statin users. “Overall, only about 50% to 60% of people at high cardiovascular risk were prescribed statins,” says Dr. Johansen. The study revealed that slightly more than 58% of individuals with coronary artery disease (CAD) and 52% of those with diabetes older than 40 were statin users. After adjusting for cardio­vascular risk and sociodemographic factors, the probability of being on a statin was significantly higher among people with both hyperlipidemia and CAD or hyperlipidemia alone than among those with only CAD. A similar pattern was seen in people who only had diabetes.

Given the documented benefits of statins relating to reducing overall cardiovascular risk, findings of the study are problematic. “There appears to be an overreliance on hyperlipidemia rather than cardiovascular risk when it comes to prescribing statins,” Dr. Johansen says. These findings remained even after accounting for people who cannot take statins. The study noted that better prescribing of statins could be especially important for people with CAD, diabetics aged 40 and older, and those with cerebrovascular disease and peripheral arterial disease.

“The recently updated ACC/AHA guidelines offer clinicians an opportunity to reframe the use of statins when managing patients,” says Dr. Johansen. “Statins should be thought of as medications that reduce cardiovascular risk as well as drugs that lower cholesterol. Clinicians also need to monitor adherence to these drugs throughout follow-up with patients in order to maximize their potential benefits.” Michael E. Johansen, MD, MS, has indicated to Physician’s Weekly that he has no financial disclosures to report.