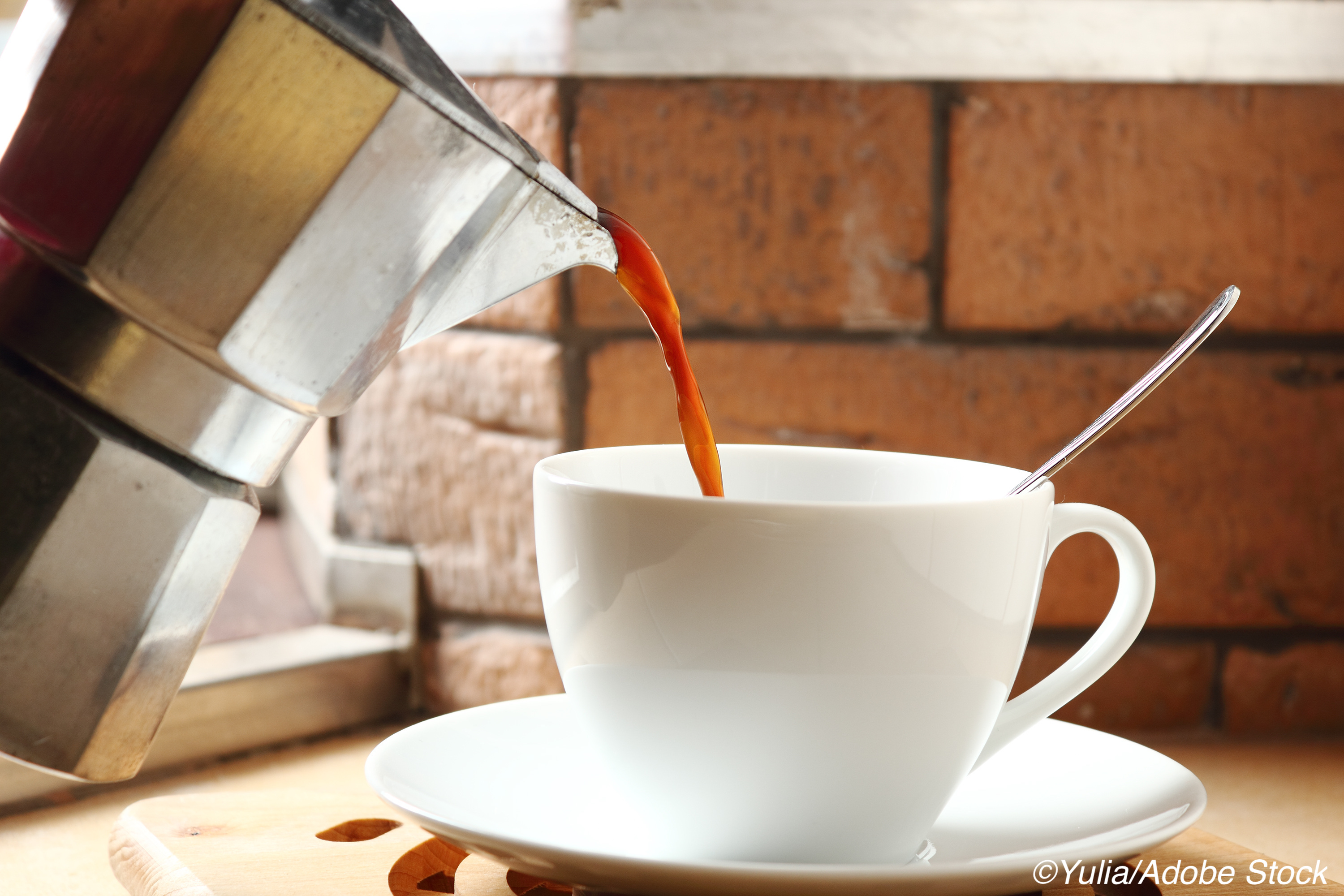 “[C]offee’s anticancer effects may be related to biologically active constituents of coffee that have been shown to have antioxidant, anti-inflammatory, and antiangiogenic effects,” Mackintosh and colleagues observed.

“T]his is the first…study, to our knowledge, to show a protective effect of coffee consumption in patients with advanced or metastatic CRC [although f]urther research is needed to elucidate the specific mechanism driving these associations,” they acknowledged.

A total of 1171 patients with advanced or metastatic CRC were included in this particular analysis. Patients had previously been enrolled in the Cancer and Leukemia Group B (CALGB) which was designed to determine whether cetuximab (Erbitux, Eli Lilly) or bevacizumab (Avastin, Roche) was the optimal biologic to be used together with a concurrent standard chemotherapy backbone.

“Patients were required to have had no previous treatment for advanced or metastatic disease,” the authors pointed out, “[and p]atients who consented completed a diet and lifestyle survey within the first month of enrollment,” they noted.

Almost 98% of patients in the current analysis had metastatic CRC, as the authors pointed out.

As the authors pointed out, a recent analysis of the UK Biobank study also found an inverse association between coffee consumption and all-cause mortality in the general population and this association held true for all types of coffee including instant, ground and decaffeinated coffee.

These findings suggest that noncaffeine constituents of coffee may play a role in this inverse association, as investigators suggested. As the authors themselves pointed out, coffee is actually the largest source of dietary antioxidants in the United States.

“As such, a greater consumption of antioxidants could potentially slow the development of such cancers,” they suggested.

Commenting on the study, Erikka Loftfield, PhD, National Cancer Institute, Rockville, Maryland and colleagues— and the lead author of the UK Biobank analysis—pointed out that although coffee consumption has been reported to improve survival in patients with stage III CRC, “Mackintosh et al are the first to extend this observation to metastatic disease,” they observed. The editorialists also suggested that the potential link between coffee drinking and outcomes in CRC patients is “biologically plausible.”

“Coffee contains more than a thousand chemical compounds and many, including caffeine, chlorogenic acid, and cafestol have known bioactive activity with antioxidant and anti-inflammatory potential,” they pointed out. Furthermore, a cup of coffee tends to increase gut motility which in turn decreases the transit time carcinogens may linger in the gut.

The same compounds in coffee may also favorably interact with gut microbiota.

“Given the lack of evidence that coffee is harmful and, on the contrary, the mounting evidence that it may be beneficial, coffee is a seemingly good candidate for testing its health effects in randomized clinical trials,” as the editorialists suggested.

And, while they acknowledged that randomized clinical trials of coffee drinking are challenging to carry out for a number of reasons, “incorporating coffee drinking into treatment strategies for patients with CRC has practical appeal [although] such recommendations require further research,” they said.

Limitations to the analysis include the fact that most study participants who consumed coffee while being treated for cancer probably consumed coffee before being diagnosed with cancer so that findings don’t allow the authors to tease out whether coffee consumption acts directly on active tumors or whether coffee drinkers develop less aggressive tumors than non-coffee drinkers.

Macintosh had no conflicts of interest to disclose but many of his co-investigators did which are listed in the publication.