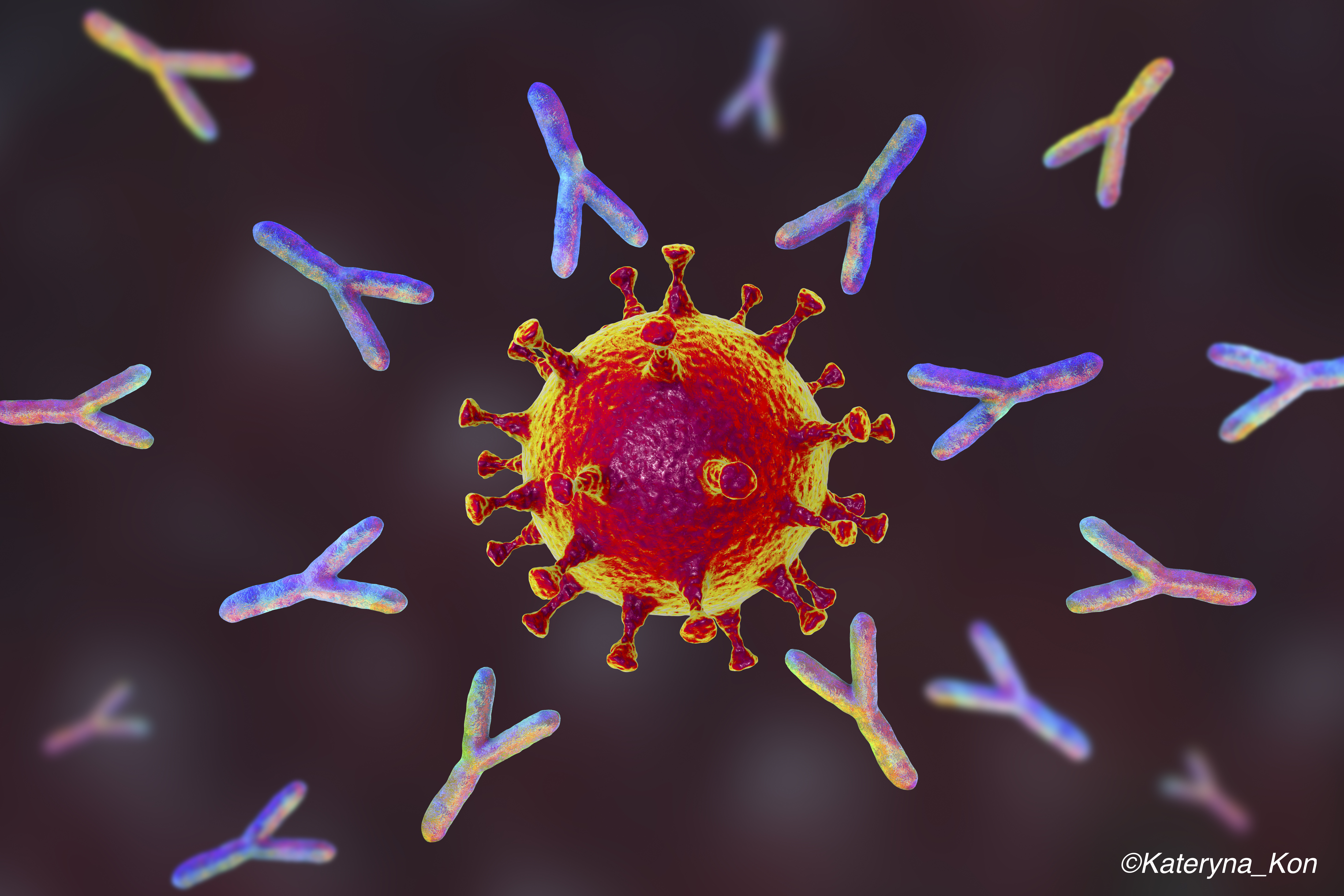 Health care workers with detectable antibodies to SARS-CoV-2 had very low rates of reinfection over 6 months of follow-up in a longitudinal study from the United Kingdom, indicating substantial post-infection immunity in the months after primary infection.

The presence of positive anti-spike or anti-nucleocapsid IgG antibodies was associated with a dramatically reduced risk of SARS-CoV-2 reinfection among the cohort of just over 12,500 health care workers.

Among the 1,265 study participants who had confirmed anti-spike-seropositive at baseline, no symptomatic reinfections were reported and only 2 PCR-positive results were observed over up to 31 weeks of follow-up.

The findings suggest “that previous infection resulting in antibodies to SARS-CoV-2 is associated with protection from reinfection for most people for at least 6 months,” wrote researcher David W. Eyre, of John Radcliffe Hospital, Oxford, U.K., and colleagues.

Post-infection immunity was also seen when anti-nucleocapsid IgG was used as a marker of previous infection, Eyre and colleagues wrote in the New England Journal of Medicine.

In their introduction, the researchers wrote that while it is clear that infection with SARS-CoV-2 produces detectable immune response, “the extent to which previously infected people are protected from a second infection is uncertain.”

“Evidence for post-infection immunity is emerging,” they noted. “Despite more than 76 million people infected worldwide and widespread ongoing transmission, reported reinfections with SARS-CoV-2 have been rare, occurring mostly after mild or asymptomatic primary infection, which suggests that SARS-CoV-2 infection provides some immunity against reinfection in most people.”

Their investigation was conducted to determine the incidence of SARS-CoV02 infection confirmed by polymerase chain reaction (PCR) testing in a cohort of seropositive and seronegative health care workers at Oxford University Hospitals.

Baseline antibody status was determined through anti-spike (primary analysis) and anti-nucleocapid IgG assays and participants were followed for up to 31 weeks. Follow-up occurred from April 23 through Nov. 30.

A total of 11,364 health care workers whose anti-spike IgG was measured had negative antibody results and 1,265 had positive results, including 88 for whom seroconversion occurred during follow-up.

In all, 223 anti-spike seronegative participants had a positive PCR test (1.09 per 10,000 days at risk), including 100 who were asymptomatic and 123 who were symptomatic.

The incidence of SARS-CoV-2 infection was inversely associated with baseline anti-spike and anti-nucleocapsid antibody titers, including titers below the positive threshold for both assays, such that workers with high ’negative’ titers were relatively protected from infection,” the researchers wrote.

They further noted that because of the low number of reinfections among the seropositive health care workers, “we cannot say whether past seroconversion or current antibody levels determine protection from infection or define which characteristics are associated with reinfection.”

“Similarly, we cannot say whether protection is conferred through the antibodies we measured or through T-cell immunity, which we did not assess. It was not possible to use sequencing to compare primary and subsequent infections, since only one of three seropositive health care workers with a subsequent PCR-positive test had PCR-confirmed primary infection and that worker’s original sample was not stored.”

The relatively short duration of the follow-up was also cited by the researchers as a study limitation.

“Ongoing follow-up is needed in this and other cohorts, including the use of markers of both humoral and cellular immunity to SARS-CoV-2, to assess the magnitude and duration of protection from reinfection, symptomatic disease and hospitalization or death and the effect of protection on transmission.”

In addition, some of the health care workers were lost to follow-up, and the study population was made up of largely healthy adults under the age of 65 years.

The researchers concluded that studies assessing post-infection immunity in other populations, including children, older adults and those with co-existing conditions are needed.

Funding for this research was provided by the U.K. Government Department of Health and Social Care, the National Institute for Health Research, Oxford University, Public Health England and others.