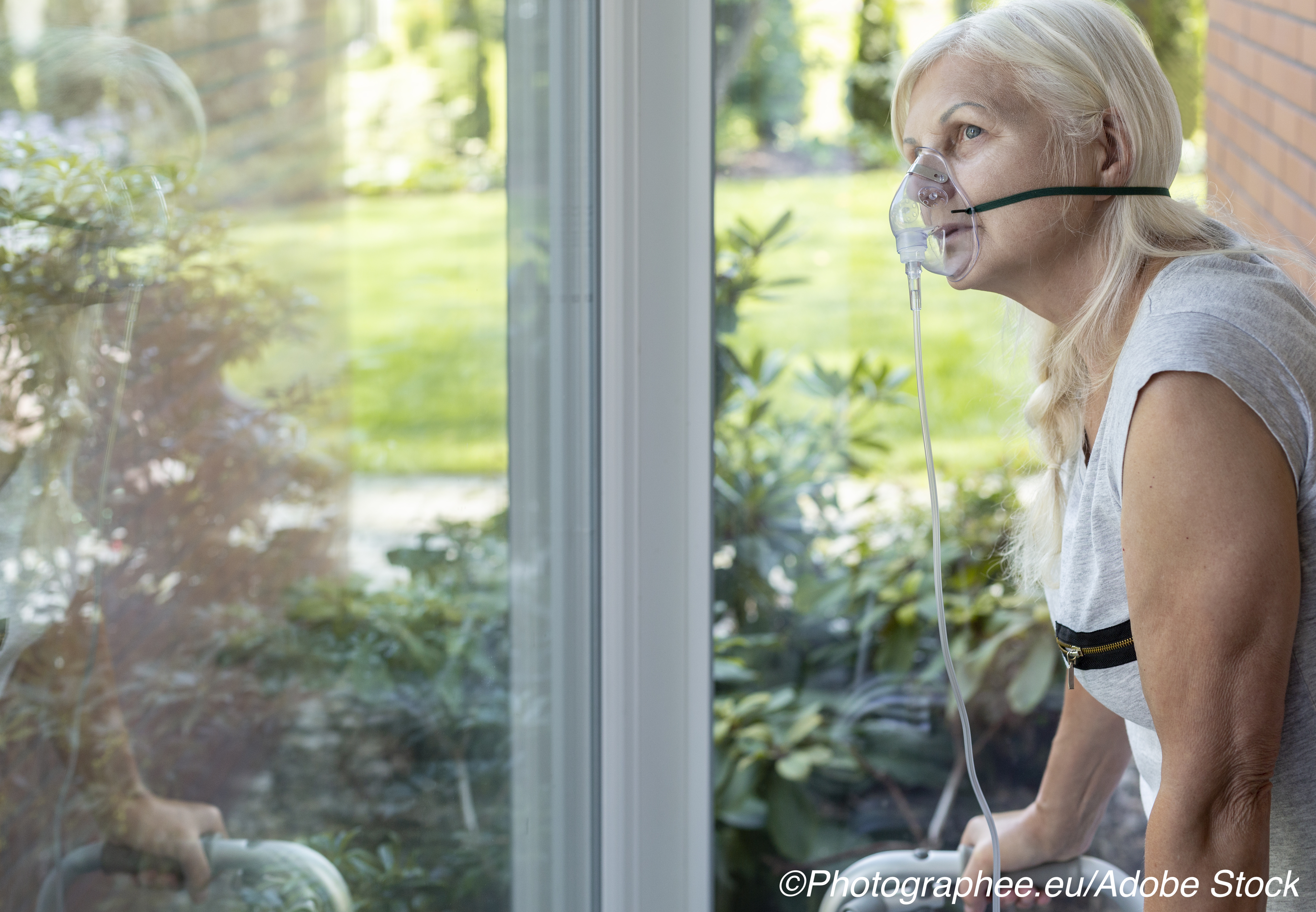 FDA has cleared the way for phase 3 trials of ensifentrine

The investigational nebulized drug ensifentrine was found to improve lung function and quality of life measures when used in combination with the long-acting, anti-muscarinic bronchodilator tiotropium in patients with COPD in a 4-week dose-ranging study.

At all doses of the drug tested, patients treated with nebulized ensifentrine saw significant bronchodilation from baseline to week 4 of treatment.

A clear dose-ordered response was seen in lung function with the investigational add-on drug, as measured by average FEV1, with a 3 mg dose producing a significant increase from baseline on top of tiotropium of 87 mL (placebo-corrected; P=0.0111), supportive of twice-daily dosing.

Findings from the Phase 2b, placebo-controlled, 4-week, dose-ranging study were scheduled for presentation at the annual meeting of the American Thoracic Society, ATS 2020, which was originally scheduled for May 15- 20 in Philadelphia. Due to the Covid-19 pandemic, a virtual version of the meeting is now scheduled for August 5-10.

Ensifentrine is a first-in-class, inhaled inhibitor of the phosphodiesterase (PDE) enzymes 3 and 4. PDE 4 inhibitors have been shown to promote bronchial dilation in patients with severe COPD, and PDE 3 inhibitors have anti-inflammatory properties.

The inhaled dual PDE 3 and 4 inhibitor drug is being investigated as a treatment for COPD, asthma and cystic fibrosis by the biopharmaceutical company Verona Pharma as a first-in-class therapy.

In mid-May, the company announced that the U.S. Food and Drug Administration (FDA) had cleared the way for phase 3 trials of the drug as a COPD treatment, based on the results of 16 earlier phase clinical trials involving more than 1,300 patients. The trial is scheduled to begin later this year.

Two randomized, double-blind, placebo-controlled studies (ENHANCE-1 and ENHANCE-2) are planned to examine the efficacy and safety of twice daily nebulized ensifentrine as monotherapy and as an add-on to standard of care treatment with a single bronchodilator, either a long acting muscarinic antagonist (LAMA), or a long acting beta-agonist (LABA).

Each of the studies have a planned enrollment of roughly 800 moderate-to-severe, symptomatic COPD patients at sites primarily in the U.S. and Europe. Patients will receive 3 mg nebulized ensifentrine or nebulized placebo twice daily, and the primary endpoint will be lung function improvement, as measured by forced expiratory volume in one second (FEV1) over 12 hours with ensifentrine after 12 weeks of treatment.

The phase 2b study presented as part of the ATS 2020 International Conference included patients between the ages of 40 and 80 years who were current smokers or former smokers with a smoking history of a decade or more, with post-albuterol FEV1 30%-70% predicted and FEV1/FVC ≤0.7.

The patients remained symptomatic, defined by Modified Medical Research Council (mMRC) dyspnea score of 2 or more (having to stop for breath when walking due to shortness of breath, having to stop for breath after walking 100 yards or after a few minutes, or inability to leave to house due to shortness of breath or breathlessness when dressing), with FEV1 30%-70% predicting following a 2-week run-in on tiotropium.

The patients were randomized to receive once-daily tiotropium (Spiriva or Respimat) plus nebulized ensifentrine (0.375 mg, 0.75 mg, 1.5 mg, or 3.0 mg) or placebo twice daily and spirometry was performed before treatment and over 3 and 12 hours.

The primary endpoint was change from baseline in peak FEV1 over 3 hours at week 4. Secondary endpoints included average FEV1 over 3 and 12 hours, COPD-related quality of life (SGRQ-C) and safety.

At all 4 doses, treatment with ensifentrine was found to be associated with significant bronchodilation on top of tiotropium with a dose-dependent increase from baseline to peak FEV1 at week 4 of 78 to 124 mL (placebo-corrected; all P<0.05).

“A dose-dependent increase was seen in average FEV1 (0-12h), with the 3mg dose producing a significant increase from baseline on top of tiotropium of 87 mL (placebo-corrected; P=0.0111), supportive of twice-daily dosing,” wrote lead researcher Gary T. Ferguson, MD, who directs the Pulmonary Research Institute of South Michigan, and colleagues.

The study also showed clinically meaningful and statistically significant improvements in COPD-related quality of life when the investigational drug was added to tiotropium over the 4-week treatment period.

“I am especially encouraged by the significant improvements in quality of life measurements over the 4 week treatment period,” Ferguson noted in a press statement released by Verona Pharma. “This is very important for patients who remain symptomatic despite using standard COPD medications and supports the potential for ensifentrine to provide a meaningful difference in the treatment of COPD patients.”

This research was funded by Verona Pharma PLC.