The death toll from the virus rose to 14 after an elderly woman died in an aged-care facility in New South Wales (NSW) state where several residents and employees have tested positive for the virus, according to NSW health officials.

The country’s total number of confirmed coronavirus cases jumped by 469 to 3,635 on Saturday, the federal health ministry said, from less than 100 at the start of March. The case number has leapt about 30% since Thursday, with most infections in NSW and Victoria states.

As of midnight on Saturday, all returning citizens from abroad will be put into compulsory quarantine in hotels for two weeks at the government’s expense. Military personnel will help ensure travelers comply with the new rules.

“There’s so many parts of the world where this (coronavirus) is running rampant and I think every returned traveler is a significant risk,” Victoria Premier Daniel Andrews told a televised briefing.

Two-thirds of the cases in Australia have been traced to contact with people returning from overseas, government health officials said, although community transmission has been growing.

NSW Premier Gladys Berejiklian said harsher enforcement of social distancing could be necessary if community transmission began to rise “at a rate that we are not comfortable with”.

Australia’s state and federal governments have sent some mixed messages about social distancing and other containment measures, leading to widespread confusion.

While there is no national order to stay home, entertainment and other mass-gathering venues have been shut and authorities have urged people to cancel house parties and other social gatherings.

Victorian police closed beaches on Saturday after hundreds of people flocked to the waterside a day earlier in a repeat of scenes the previous weekend at Sydney’s Bondi beach.

Police said they had attended a backpacker hostel at Bondi on Friday night to prevent a “free sausage sizzle” that had been advertised at the venue, amid concerns that young people in particular are not taking social distancing seriously.

While beaches and some parks were closed in various parts of the country, department stores were allowed to remain open under rules requiring shoppers to stay 1.5-metre (5 feet) apart.

That has not helped the major retailers much, with Myer Holdings shutting all its stores for four weeks from Sunday amid a slump in consumer spending.

Woolworths Holdings, which owns David Jones and Country Road Group in Australia, also said it would close 280 small-format fashion stores for at least four weeks from Sunday, with 5,000 staff to be stood down.

In Queensland state, more than one million people were required to visit polling stations to vote in council elections on Saturday. The state government asked them to bring their own pens and practice social distancing. 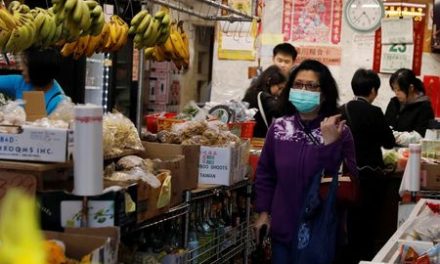