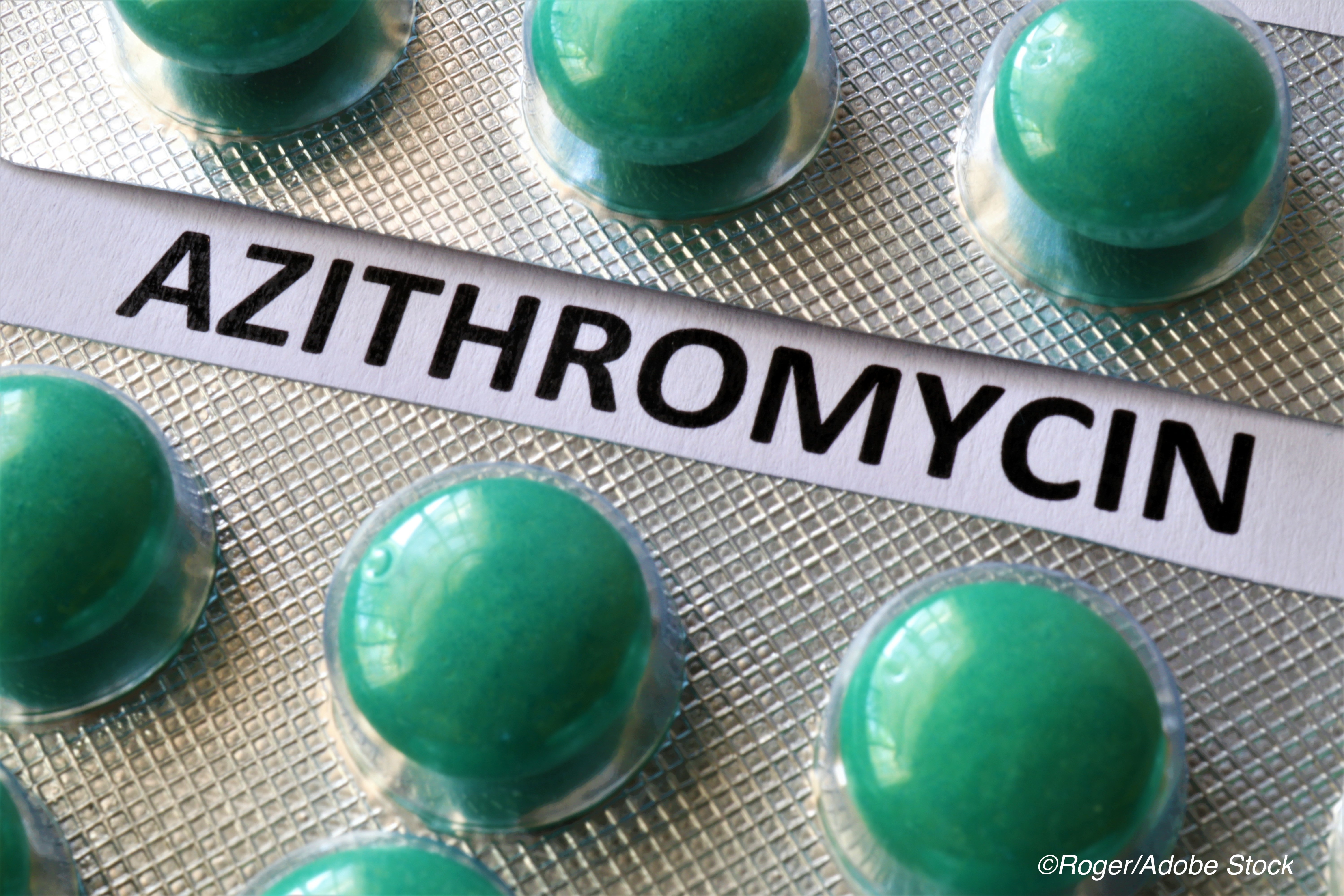 But the antibiotic does not help to improve lung function

Giving children, who are already on antiretroviral therapy (ART) and have HIV-associated chronic lung disease (HCLD), a once-weekly dose of azithromycin (AZM) was associated with reduced acute respiratory exacerbations (AREs); however, the drug did not improve lung function, according to results from a randomized study.

“There were fewer hospitalizations in the AZM group versus the placebo group but the difference was not significant,” Rashida A. Ferrand, PhD, in the Department of Clinical Research, London School of Hygiene and Tropical Medicine, U.K., and colleagues reported in JAMA Network Open. “We hypothesized that AZM would reduce systemic inflammation, which would translate into improvement of lung function, and/or have an antibiotic effect. Inflammatory and other biomarkers will be reported separately, but there was no evidence of improvement of pulmonary function in our trial.”

Ferrand and colleagues point out that ART combined with cotrimoxazole prophylaxis has had a significant impact on reducing death from HIV in children, but “studies in the ART era in sub-Saharan Africa, where 90% of children with HIV live, have demonstrated that approximately 30% of perinatally HIV-infected older children and adolescents have chronic lung disease.”

Before ART, these children were plagued with lymphoid interstitial pneumonitis, but this is not seen very often in clinics as it responds well to ART. However, in sub-Saharan Africa, HCLD is still seen, even with ART; however, “it is a clinical entity distinct from that in the pre-ART era. The typical clinical picture is that of chronic cough, hypoxia, breathlessness, and substantially reduced exercise tolerance. Lung function is commonly impaired, with an obstructive irreversible pattern, and abnormalities are subtle on radiographs. The predominant findings on computer tomography are mosaic decreased attenuation consistent with constrictive obliterative bronchiolitis,” Ferrand and colleagues explained.

In their double-blind, placebo-controlled randomized study — Bronchopulmonary Function in Response to Azithromycin Treatment for Chronic Lung Disease in HIV-Infected Children (BREATHE) — the researchers sought to determine if prophylactic azithromycin would prevent worsening of lung function and reduce AREs in these children.

The study was conducted from 2016-2019 with 12 months of clinic follow-up in two hospitals in Malawi and Zimbabwe.

The children, ages 6-19 years with perinatally acquired HIV and HCLD who had been taking ART for 6 months or longer, were randomized 1:1 to AZM or placebo. HCLD was defined as forced expiratory volume in 1 second [FEV1] z score < −1. The median age of the 347 children in the study was 15.3 years (median [interquartile range: 12.7-17.7]). More than half of the study participants were boys. There were 174 children randomized to azithromycin and 173 in the placebo group. The primary outcome was analyzed in 162 children in the intervention arm and 146 in the placebo group.

The mean difference in FEV1 z score was the primary outcome, with AREs, all-cause hospitalizations, mortality, and weight-for-age z score as the secondary outcomes.

Three deaths occurred in the placebo group, and the researchers reported that there were no severe drug-related adverse events. The participants in the azithromycin group did have more gastrointestinal symptoms, but they were minor and resolved quickly.

Limitations of the study include the higher loss to follow-up in the placebo group and that, since spirometry is “operator-dependent,” there could possibly be errors in FEV measurement, the study authors noted.

While the primary outcome of this trial was not met, the study authors noted that azithromycin may still have a place in treating this patient population.

“AZM has previous proven efficacy for treating a variety of chronic lung diseases, is safe, and is well tolerated,” Ferrand and colleagues noted in their conclusion. “Future research should identify patient groups who would benefit most from this intervention, optimum treatment length and dosing schedules, and sustainability of treatment effect.”

The study was funded through the Global Health and Vaccination Programme of the Norwegian Research Council.