Better Together: Liraglutide Plus Exercise for Weight Loss | Physician's Weekly
×

Better Together: Liraglutide Plus Exercise for Weight Loss 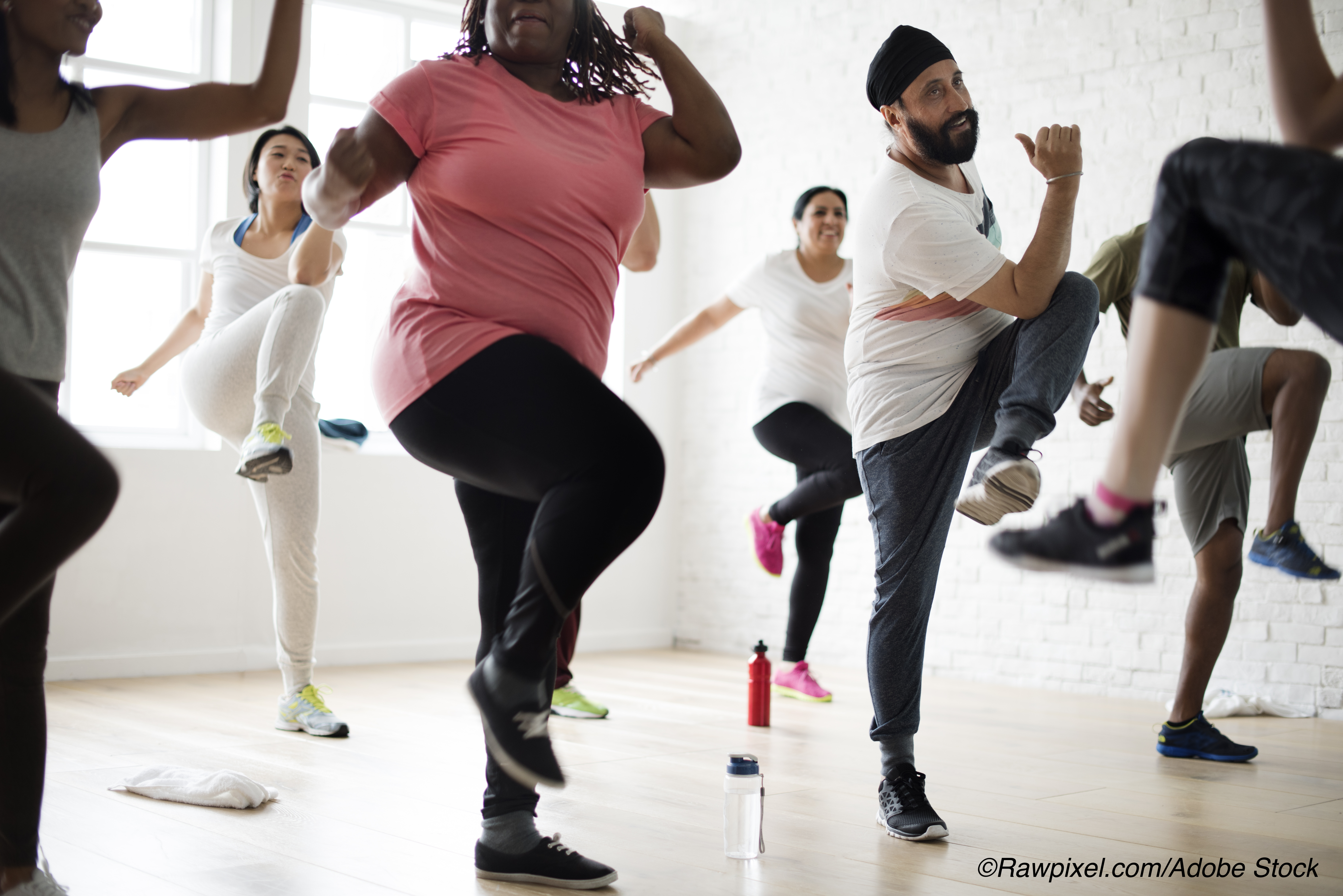 The combination worked better than either alone for long-term effects

Liraglutide combined with an exercise program bested either the drug or exercise alone for losing weight over the course of a year for adults with obesity who did not have diabetes, according to a randomized, head-to-head, placebo-controlled trial published in New England Journal of Medicine.

“All active-treatment groups decreased body weight and body-fat percentage after one year, as compared with the increases observed in the placebo group,” wrote Julie R. Lundgren, MD, PhD, from the department of Biomedical Sciences and the Novo Nordisk Foundation Center for Metabolic Research, in Copenhagen, Denmark, and colleagues. “The combined strategy reduced the body weight and body-fat percentage approximately twice as much as the single-treatment strategies did and was associated with additional health benefits, such as improvements in the glycated hemoglobin level, insulin sensitivity, cardiorespiratory fitness, physical functioning, and emotional well-being.”

Losing weight and keeping it off was the focus of Lundgren and colleagues’ study.

“Liraglutide, a glucagon-like peptide-1 (GLP-1) receptor agonist, is used in the treatment of obesity because it induces weight loss and maintains low-calorie diet–induced weight loss for at least 1 year, primarily by means of appetite inhibition,” the study authors wrote. But would combining the drug with exercise further the impact on weight loss over one year?

The study authors randomized adults with obesity (body-mass index of 32 to 43) to one of four strategies for one year:

All participants first underwent an eight-week low-calorie (800 kcal per day) diet. The exercise program arms consisted of either 150 minutes per week of moderate-intensity aerobic activity or 75 minutes per week of vigorous-intensity aerobics. The participants could choose one or a combination of both. They were also assigned to an exercise coach and had a six-week initial phase that included supervised exercise consisting of 30 minutes of vigorous-intensity, interval-based indoor cycling, and 15 minutes of circuit training two times a week, and then were encouraged to perform exercises such as cycling, walking, or running, two times a week on their own.

The primary endpoint of the study was weight loss at one year and the secondary endpoint was change in body mass at one year. Safety of liraglutide as well as other prespecified metabolic health-related endpoints were assessed.

“The initial low-calorie diet resulted in a mean body-weight reduction of 12% of the baseline body weight among the participants who underwent randomization,” Lundgren and colleagues reported. “After one year, the combination of exercise and liraglutide therapy induced an additional reduction in body weight, resulting in a total weight loss of 16%.”

The results at one year were as follows:

In looking at safety, about 10% of the participants had urinary tract infections, palpitations and five participants discontinued taking liraglutide (2) or placebo (3) due to adverse events. Those who receive liraglutide reported gastrointestinal side effects, decreased appetite and dizziness more often than those who did not. “Cholelithiasis as a serious adverse event and palpitations were reported more frequently in the liraglutide group than in the combination group,” the study authors reported.

Of note, those participants who only received liraglutide had an increased resting heart rate, but this was not reported in the combination group.

Most of the participants who completed the 52-week trial were male, average age of 43, with a mean BMI of 32.6 and body fat percentage of 38.6% at randomization. Exclusion criteria included individuals with diabetes.

“The percentage of participants who completed the trial was high in all the groups (82 to 92%) and was highest in the combination group, which shows that a combination of moderate-to-vigorous–intensity exercise and liraglutide treatment is feasible,” the study authors noted. “Only the combined treatment was associated with improvements in insulin sensitivity and physical functioning as compared with placebo.”

Limitations of the study include that the results may not be generalizable to individuals older than age 65, those with higher BMIs, those who have comorbidities such as type 2 diabetes, and those who do not adhere to exercise programs, or have limitations that make exercising difficult.

Lundgren had no disclosures.