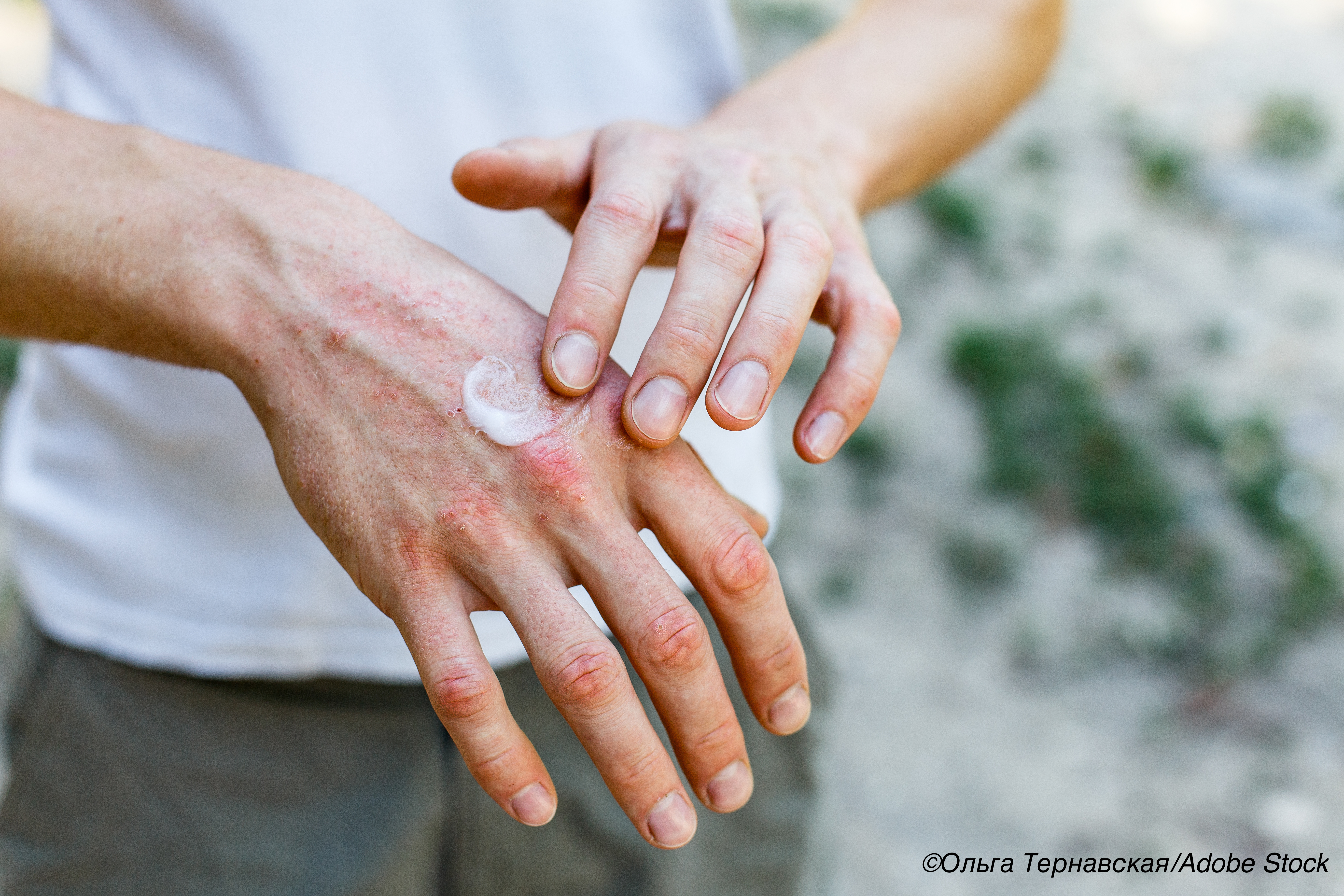 Researchers of two recent studies — from Denmark and the U.S. — sought to determine whether biosimilars are as effective as their biologic originators in the treatment of psoriasis and of hidradenitis suppurativa.

Using the Biological Treatment in Danish Dermatology (DERMBIO) registry, Loft and colleagues identified 348 patients (mean age: 52.2 years; 72.1% male) with psoriasis who had been switched to an adalimumab biosimilar and compared them with 378 patients who remained on adalimumab originator (mean age: 51.1 years; 72.0% male).

In a second study, researchers from the University of North Carolina at Chapel Hill found similar and significant disease improvement after treatment with both infliximab and infliximab-abda in patients with hidradenitis suppurativa and concluded that infliximab-abda may be a viable treatment option for the disease.

Christopher John Sayed, MD, and colleagues conducted a retrospective study in 34 patients with hidradenitis suppurativa, who received continuous doses of infliximab or infliximab-abda for at least 10 weeks. The primary outcome was Hidradenitis Suppurative Clinical Response, defined as an at least 50% decrease in inflammatory nodule counts with no increase in the number of abscesses or draining sinuses.

Limitations of the study from Sayed and colleagues include its small sample size and retrospective nature, the use of concomitant medications by some patients, and the risk of selection bias.

“The hope for biosimilars is that they will markedly lower the cost of treatment and make these expensive therapies more accessible so that we may treat more patients with psoriasis, psoriatic arthritis, hidradenitis, or other dermatologic conditions responsive to these therapies. But are biosimilars equal in effectiveness and safety to their originator drugs?” queried Mark Lebwohl, MD, of the Icahn School of Medicine at Mount Sinai, New York, in an editorial accompanying the two studies.

Regarding the equivalence of the biosimilar and its originator drug in the study from Loft and colleagues, Lebwohl wrote: “The 2 studies in this issue of JAMA Dermatology and many other published trials would argue that they are, but the pharmaceutical manufacturers of the originator drugs may legitimately contend that results reported for rheumatoid arthritis do not necessarily predict results in psoriasis.”

He also noted the small size of the second study from Sayed et al, and the significantly larger proportion of patients treated with the originator drug who showed improvement compared with the biosimilar (71% versus 60%, respectively).

“This result may lead skeptics to question the bioequivalence of the 2 agents tested. Other questions arise regarding the interchangeability of originator and biosimilar drugs. There are concerns about increased immunogenicity when switching back and forth between originator drugs and biosimilars, but that concern has not been substantiated in some trials. And even the data reported in the Danish nationwide study showed an increase in adverse events with the biosimilar compared with the originator drug,” wrote Lebwohl.

Ultimately, he concluded, more studies are needed and many factors need to be considered before biosimilars prove their worth in the treatment of dermatologic disorders like psoriasis and hidradenitis suppurativa.

The Biological Treatment in Danish Dermatology (DERMBIO) registry has entered into agreements with Abbvie, Eli Lily, Almirall, UCB, Novartis, Janssen, and Leo Pharma. They received postmarketing data but had no influence on the data collection, statistical analyses, manuscript preparation, or decision to submit.

Loft has received personal fee from Eli Lilly and Janssen outside the submitted work.

The study from Sayed and colleagues was supported by a grant from the National Institute of Health Public Health Service Ruth L. Kirschstein National Research Service Award.