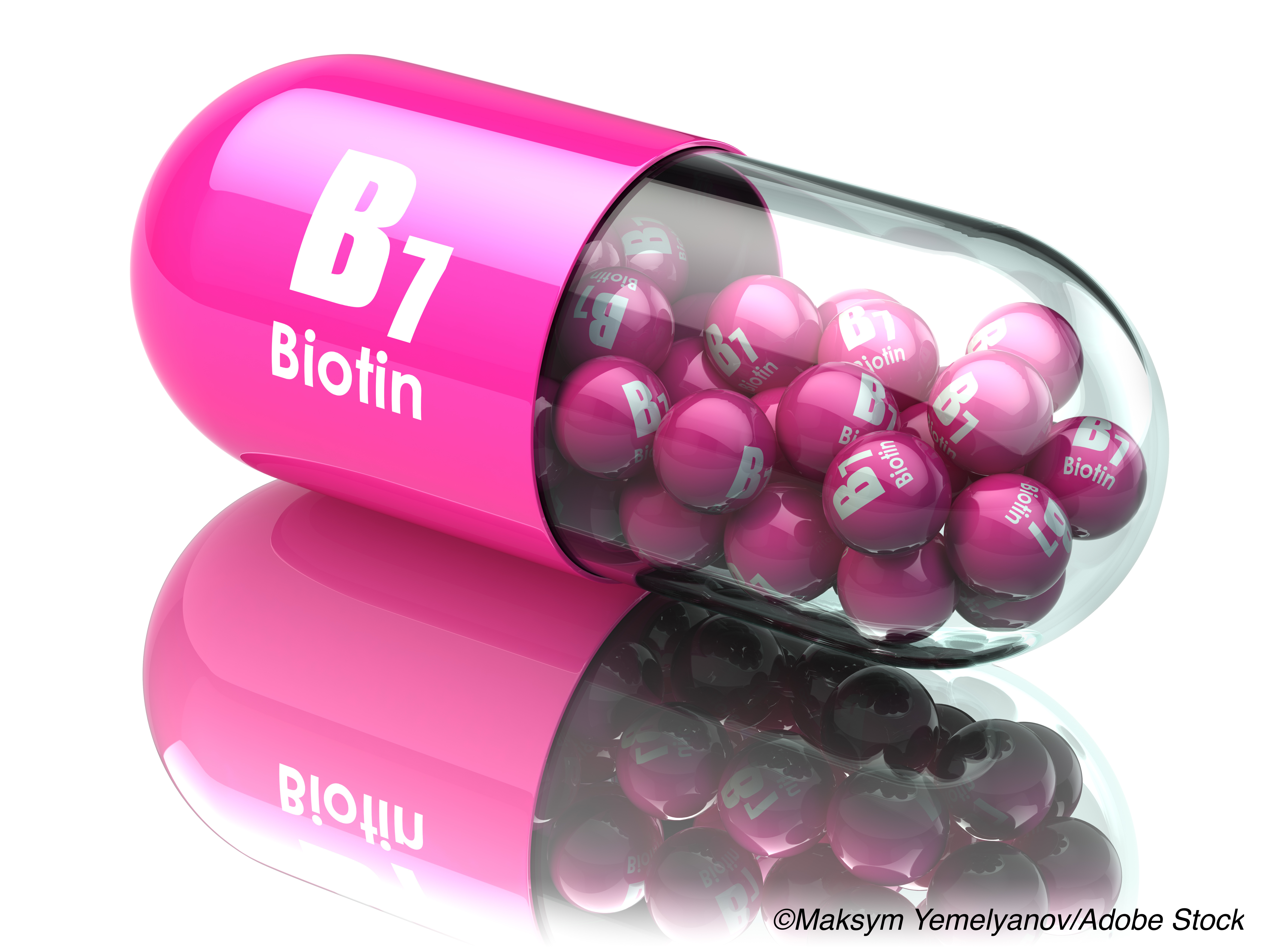 The outcome contrasts with findings from the phase II MS-SPI trial, in which the primary endpoint — proportion of progressive MS patients with improvement versus baseline in Expanded Disability Status Scale (EDSS) scores or timed 25-foot walk time (TW25) at 9 months, confirmed at 12 months — was 12.6% for the biotin group versus 0% for placebo (P=0.005).

In the phase III study, the same primary endpoint of improvement in EDSS or TW25 — this time at 12 months, confirmed at 15 months — was met by 12% of the biotin treatment group versus 9% of the placebo group (OR 1.35, 95% CI 0.81-2.26), reported Bruce Cree, MD, of the University of California San Francisco, and coauthors in Lancet Neurology. Evidence of biotin interference with immunoassay laboratory tests also was seen.

“High biotin serum concentrations can falsely alter laboratory tests that, if misinterpreted, could result in iatrogenic harm,” they added.

“SPI2 has shown that oral, high-dose biotin cannot be recommended for patients with progressive multiple sclerosis,” wrote Jeremias Motte, MD, and Ralf Gold, MD, both of Ruhr-University Bochum in Germany, in an accompanying editorial. “Further studies on biotin are no longer needed, unless novel pharmacological methods can be developed to target biotin to specific cell types in the adult brain.”

While the phase II trial MS-SPI seemed promising in terms of results and safety profile (biotin was similar to placebo), biotin interfered with laboratory tests for thyroid function and other results. Typical dietary intake of biotin is 25-70 micrograms daily, and the typical multivitamin content of biotin is about 30 micrograms. A dose of 1 mg daily is considered high and can interfere with blood tests that use a biotin-streptavidin reaction dependent immunoassay.

A 2020 review of biotin interference with common laboratory evaluations described it as a problem “of growing concern” and noted that evaluations of thyroid function, testosterone, and pituitary hormones, as well as ferritin and 25 OH vitamin D, are affected.

In SPI2, Cree and colleagues identified 642 patients diagnosed with primary (35-36%) or secondary (64-65%) forms of MS between February 2017 and June 2018. They included adults 18-65 with a TW25 less than 40 seconds and EDSS 3.5-6.5, who had evidence for disability progression based on worse EDSS, TW25, or clinical status in the preceding 2 years. They excluded those with relapse in the preceding 2 years. Concomitant disease-modifying therapies were allowed. Participants were followed for 27 months.

“SPI2 was initially designed anticipating a 3% placebo response based on the 0% observed rate in MS-SPI,” Cree and co-authors wrote. “The upper limit of the 95% CI for the placebo group from MS-SPI was 5.8%. Had this rate been used to plan SPI2, then the sample size would require 442 patients per group at 12 months for the comparison of 5.8% in the placebo group versus 12% for the MD1003 group.”

“However, in SPI2, the placebo response rate was 9.2%,” they continued. “Even with a larger sample size, SPI2 would not have met its primary endpoint. It appears that the placebo effect was more robust in SPI2 than in MS-SPI possibly because of expectations for improvement or other factors resulting in somewhat different study populations. It is a well-recognized phenomenon that different placebo-treated groups have variable performance in multiple sclerosis clinical trials.”

Limitations of the study include its inaccurate estimate of placebo effect and a relatively short follow-up to primary endpoint. Allowing the use of disease-modifying therapies may have confounded results.

Funding for the study came from MedDay Pharmaceuticals.

Motte declared no competing interests. Gold reported grants and personal fees from Bayer HealthCare, Biogen, Merck Serono, Novartis, and Teva Neuroscience outside the submitted work, and compensation from Sage for serving as editor of Therapeutic Advances in Neurological Disorders. Neural-Tube Defects Up for Offspring of Women on Dolutegravir 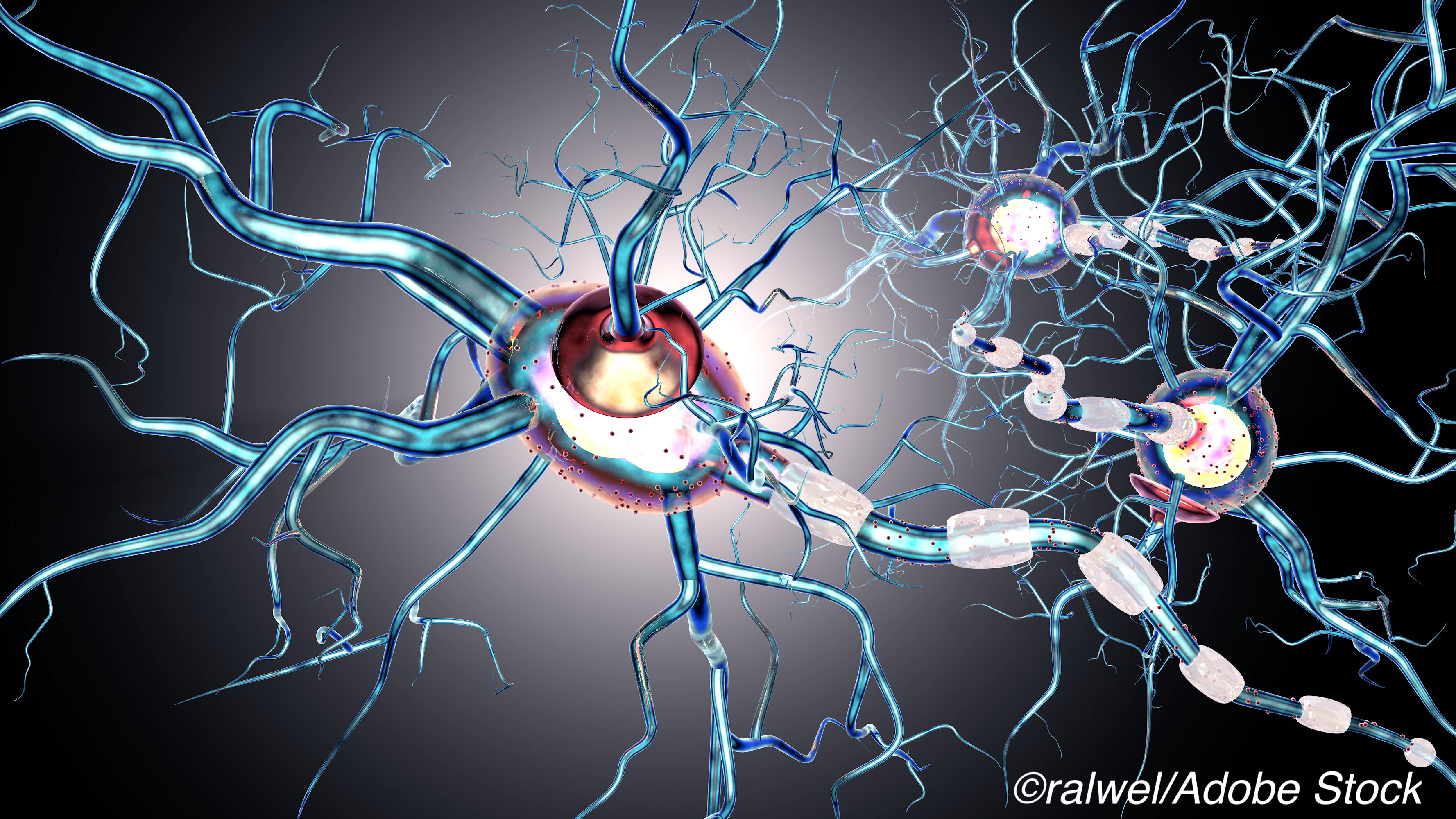