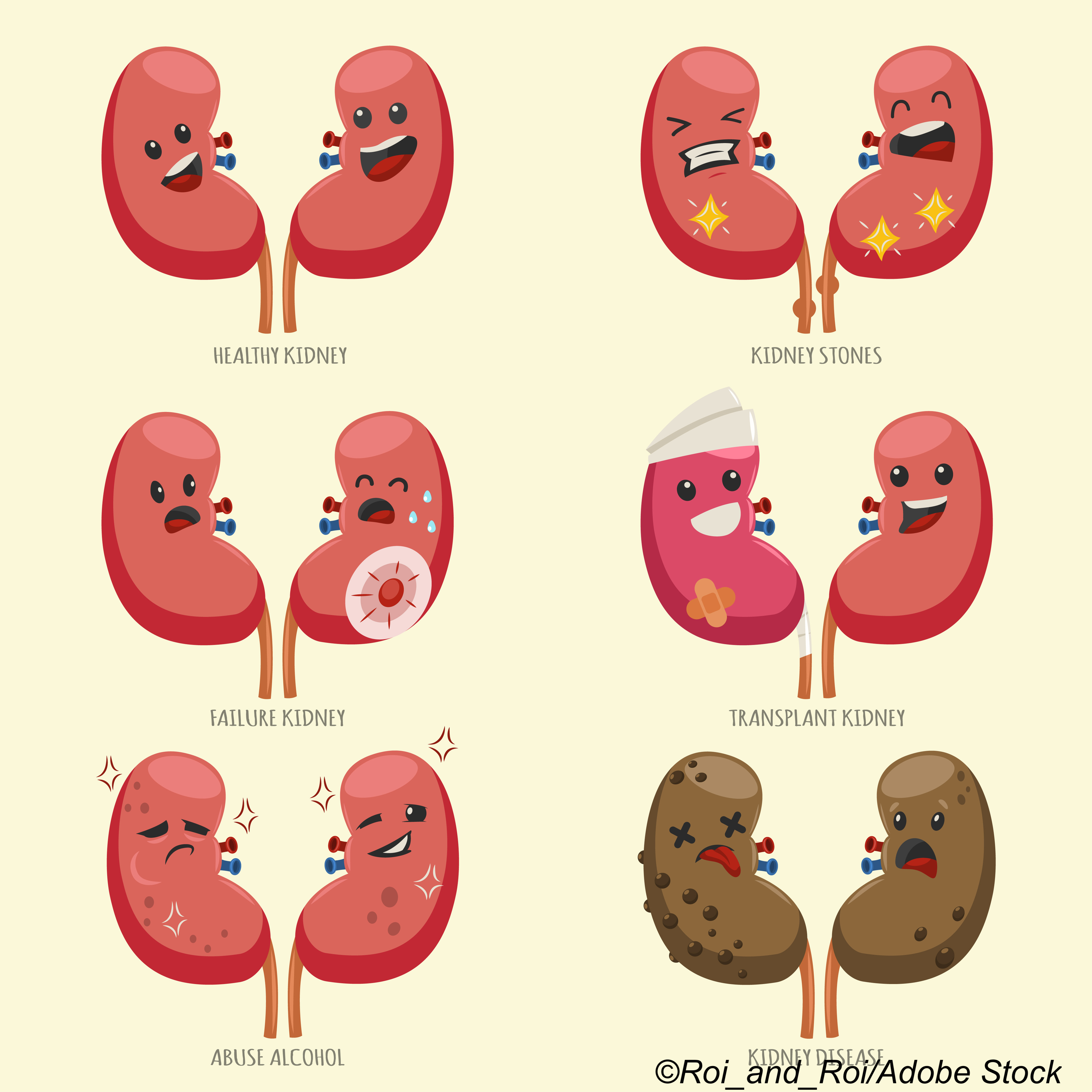 Current criteria do not account for age-related eGFR decline

Results from a population-based study suggest that the current definition of chronic kidney disease (CKD), which uses a single estimated glomerular filtration rate (eGFR) threshold for all ages, may be leading to overestimation, overdiagnosis, and overtreatment of CKD among adults age 65 years and older.

A uniform definition for CKD—including an eGFR threshold of less than 60 mL/min/1.73 m2, reflecting an average loss of at least 50% of the kidney function in a healthy young adult—”has been a useful paradigm that serves as a foundation for targeted screening and more precise diagnosis of CKD, appropriate patient care, and health care resource planning,” Pietro Ravani, MD, PhD, of the University of Calgary in Calgary, Alberta, Canada, and colleagues explained in JAMA Internal Medicine. The problem, however, is that using a single eGFR threshold does not account for natural age-related declines in eGFR, possibly leading to underdiagnosis of CKD among younger patients and an overestimate among older patients.

To counter this, experts have proposed an age-adapted CKD definition, with eGFR thresholds of 75, 60, and 45 mL/min/1.73m2 for patients age 40 years and younger, 40-64 years, and 65 years and older, respectively. For their study, Ravani and colleagues “conducted a population-based cohort study to identify adults with incident CKD according to the fixed-threshold and age-adapted threshold definitions. We estimated incidence rates of CKD and risks of kidney failure and death. We also compared these risks in people 65 years or older with normal/mild albuminuria who had CKD according to only the fixed-threshold definition (index eGFR, 45-59 mL/min/1.73 m2) with a control group of individuals with similar characteristics who did not have CKD (eGFR, 60-89 mL/min/1.73 m2).”

Ravani and colleagues found that “the incidence, baseline characteristics, and outcomes of CKD vary substantially depending on whether the eGFR criteria for CKD consider age.” Specifically, they reported that:

In an editorial accompanying the study, Ann M. O’Hare, MA, MD, of the University of Washington in Seattle, Rudolph A. Rodriguez, MD, of VA Puget Sound Health Care System in Seattle, and Andrew D. Rule, MD, MS, of the Mayo Clinic in Rochester, Minnesota, noted that while the implications of the age-neutral approach to CKD for older adults were not widely appreciated when the guidelines were first issued in 2002, by the time that same guideline was updated in 2012, “there was substantial concern within the kidney community about overdiagnosis of CKD in older adults.” So, why haven’t the guidelines been changed?

The answer, according to O’Hare, Rodriguez, and Rule, is that “the forces driving overdiagnosis are complex, multisystemic, and often invisible. Whether motivated by a strong belief in the magnitude of the problem and the importance of early detection, by a desire to maintain the status quo, or by financial considerations, the use of lower eGFR cut points to define CKD in older adults (and the corresponding reduction in the size of the population with CKD) could be unpalatable to a range of different stakeholders in the guideline process, including the pharmaceutical and biotechnology companies who target this population, disease advocacy groups, professional societies, health systems, funding agencies, and the academic enterprise itself.”

The original guideline, they pointed out, was sponsored by the National Kidney Foundation (NKF), which receives funding from pharmaceutical and biotechnology companies whose products are marketed to individuals with CKD. Meanwhile, the 2012 update was sponsored by the Kidney Disease Global Outcomes Initiative (KDIGO), which was originally established by the NKF and shares some of the same corporate sponsors—and the CKD Prognosis Consortium, established by KDIGO in 2009 to support guideline development by bringing together experts in the field and conducting research, was sponsored by NKF and included members of the KDIGO board and 2012 guideline work group.

“This history reminds us of the importance of ensuring that the guideline development process is responsive not only to emerging evidence but to divergent viewpoints, fresh insights, and lessons learned when guidelines are applied in real-world clinical settings,” they wrote. “Almost 2 decades after the release of the first guideline on the evaluation, classification, and stratification of CKD, it is time to move beyond a case definition that leads to systematic and widespread overdiagnosis of CKD in older adult.”

For their analysis, Ravani and colleagues used linked administrative and laboratory data from adults in Alberta, Canada with incident CKD from April 1, 2009 through March 31, 2017, as defined by the fixed and age-adjusted definitions. Non-CKD controls were defined as being 65 years or older with a sustained eGFR threshold of 60 to 89 mL/min/1.73m2 for longer than 3 months and normal or mild albuminuria.

Study limitations included that the study source population was predominantly White; the study cohort was based on current guideline recommendations for eGFR calculation, meaning the findings may not apply when other methods are used to estimate GFR; the study may not have been long enough for kidney failure and mortality outcomes in younger individuals captured only by the age-adapted definition; and the study did not examine quality of life, multimorbidity, polypharmacy, frailty, risk of acute injury, and other outcomes that may be important for older patients with CVD.