Brain Autopsies Show APOE2 Not Protective Against CVD, Including CAA 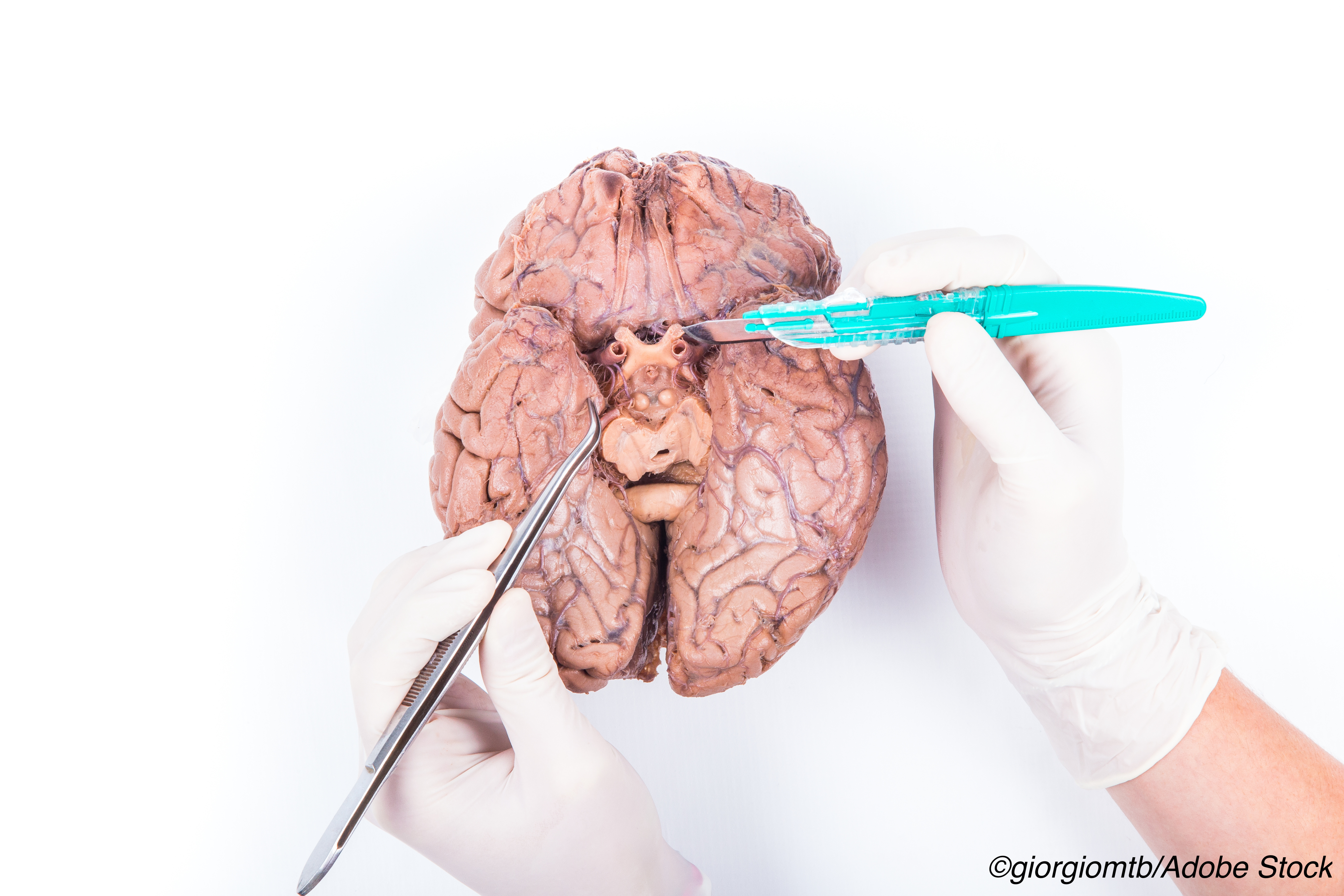 The apolipoprotein E (APOE) e2 allele was not protective against any of 11 types of cerebrovascular disease studied including cerebral amyloid angiopathy (CAA), an analysis of autopsy data found.

The e2 allele also did not ameliorate risk associated with e4 when the low-risk and high-risk alleles were combined in people with e2/e4 APOE genotype.

“There were limits to e2 neuroprotection against amyloidosis, despite its known and large protective effects against diffuse and neuritic amyloid plaques compared with e3/e3 and e4 carriers,” wrote Terry Goldberg, MD, of Columbia University in New York City, and coauthors in the Journal of Neurology, Neurosurgery, and Psychiatry.

The findings “emphasize that the neuroprotective effect of APOE e2 may differ based on the type of neuropathology, but need to be confirmed in general population autopsy samples that have been examined systematically and in the same manner,” Goldberg and colleagues continued.

The observed lack of moderating effect of e2 on e4 in the e2/e4 genotype is highly consistent with prior work on neurodegenerative pathologies in that “e2/e4 cases were not neuroprotective, but rather ’behaved’ like other e4 genotypes,” they added.

APOE mediates lipid transport from one cell type to another. Peripherally, APOE is primarily produced by the liver and macrophages and the e4 allele is associated with vascular risk factors hyperlipidemia and hypercholesterolemia. Central nervous system APOE is primarily produced by astrocytes, and transports cholesterol to neurons via APOE receptors. Three major isoforms — e2, e3 (the most common), and e4 — differ from each other by a single amino acid.

In the context of Alzheimer’s disease, the APOE allele e2 is associated with lower risk and e4 with higher risk, compared with the e3 allele. For cerebrovascular disease, multiple vascular pathologies in the brain have been associated with e4 compared with e3, including CAA, but less is known about the e2 association in this context.

Goldberg and colleagues analyzed data about 1,275 patients in the National Alzheimer’s Coordinating Center (NACC) database from 39 Alzheimer’s Disease Center (ADC) sites in the U.S. Records included uniform semi-quantitative post-mortem data, including information about gross hemorrhage but not other types. “NACC does not have a specific measure of lobar intracerebral hemorrhage (ICH), but we assume that gross hemorrhage captures the large majority of cases of lobar hemorrhage in this sample,” the authors noted.

“The mechanism of e2 risk effects on hemorrhage or ICH is unclear and perhaps complex,” the authors observed. “While earlier research suggested that e2 might have compromising effects on the vasculature, other recent experimental work has suggested that e2 may promote clearance of Abeta via the blood-brain barrier.”

“Because of the rarity of the ε2 allele in the general population, this study would have been impossible to perform without a large number of donated human brains, most of which likely have neurodegenerative pathologies such as Alzheimer’s disease,” noted John Donahue, MD, of Rhode Island Hospital in Providence, in an accompanying editorial.

“This study underscores the need for support of human brain banks and research using that brain tissue,” Donahue continued. “Funding agencies tend to be biased in favor of awarding grants to projects that involve ’mechanistic,’ controlled experiments performed on laboratory animals such as transgenic mice while criticizing human brain tissue studies as ’correlative’ and/or ’descriptive’ and not worth funding.”

“Laboratories have ’cured’ AD and other neurodegenerative diseases in animals all over the world for decades, and yet, while the insights gleaned from those animal studies are important, they can only go so far,” he pointed out. “Despite many years of research and billions of dollars spent, we have only a handful of palliative drugs to treat conditions such as Alzheimer’s disease.”

Limitations include use of gross hemorrhage as the only hemorrhagic data. In addition, the analysis did not distinguish lacunes and infarcts.

This study was funded by the National Institute on Aging and Columbia University Irving Medical Centre.