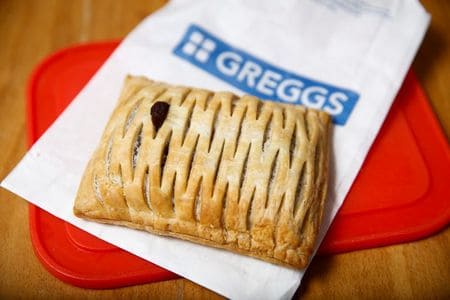 LONDON (Reuters) – Britain’s Greggs launched a vegan version of its popular steak bake on Thursday, aiming to capitalize on the success of the meatless sausage roll that has boosted the baker’s profits and helped fuel an 80% rise in its share price last year.

Greggs said the new product mirrored the original but used meat substitute Quorn instead of steak in its filling.

The launch, which was trailed on social media, comes a year after it introduced its vegan sausage roll, which it said was one of its fastest selling products of the last six years.

A growing number of Britons are either reducing their consumption of meat or are cutting it out of their diets altogether.

Sales of red meat in Britain fell by 185 million pounds ($244 million) last year, although sales of poultry and fish increased slightly, according to The Grocer, which cited research by Nielsen. Retailers and supermarkets are responding to the trend by introducing more vegan and vegetarian ranges and menu options.

The company will update on Christmas trading on Jan. 8.