Bronchoscopy May Be Of Limited Value in Dx of EVALI 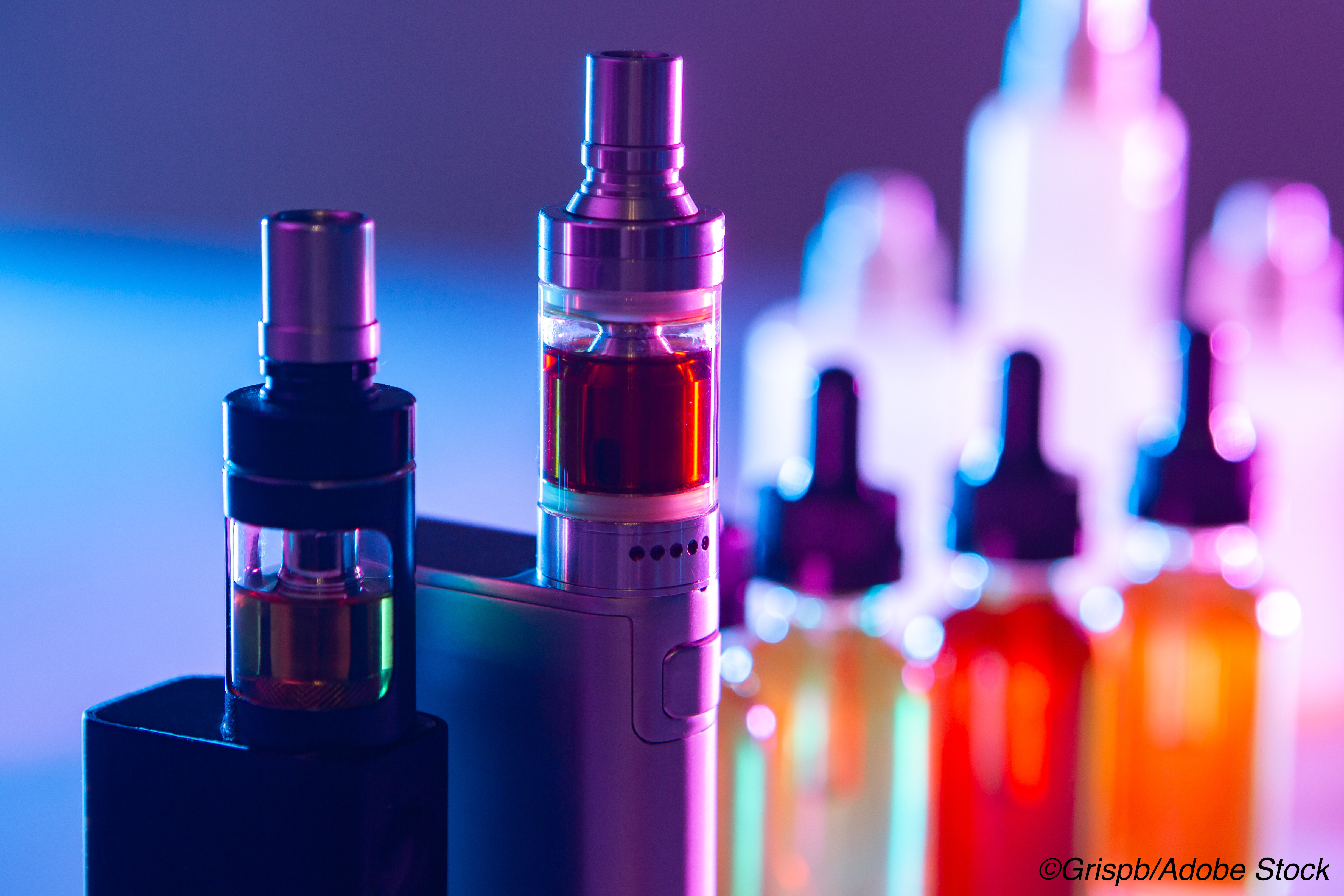 But experts suggest finding ’should be interpreted cautiously’

E-cigarette, or vaping, product use–associated lung injury (EVALI) typically presents with characteristic clinical and radiographic features, researchers found; however, according to a case series of patients diagnosed with EVALI, bronchoscopy plays a limited role in evaluating the illness.

Scott K. Aberegg, MD, MPH, and colleagues suggested “that in the absence of risk factors for or symptoms of a specific infectious or other alternative diagnosis, bronchoscopy is not routinely necessary, as has been argued by other authors.” Their study was published in JAMA Network Open.

In 2019, vaping began to be associated with the potentially dangerous flu-like illness known as EVALI. Since then, more than 2,800 cases of the illness have been reported, leading to at least 68 deaths. Many uncertainties remain about EVALI, including information about characteristic radiographic findings and bronchoscopic findings.

Here, the authors conducted a case series study involving 31 patients (median age 24 years) treated at the University of Utah Medical Center in Salt Lake City. These patients were mostly male (77%) and white (87%), and the vast majority (94%) used e-cigarette products containing tetrahydrocannabinol (THC). Frequency of usage ranged from a few times a day to continuous use.

Patients presented with at least one of these symptoms — respiratory (97%), constitutional (90%), and gastrointestinal (90%) symptom – while 24 of the 31 had symptoms from all three of these categories. The most common individual symptoms were:

Bronchoscopy with bronchoalveolar lavage (BAL) was performed on 24 patients, which revealed the presence of lipid-laden macrophages in 91% of those cases. BAL samples tested positive for Pneumocystis jirovecii in three cases, rhinovirus in two cases, and human metapneumovirus and Aspergillus in one case each. However, all of these were found to be false-positives or clinically inconsequential, with the exception of the human metapneumovirus case.

Twenty-six patients (84%) underwent CT scanning. Organizing pneumonia was the major pattern seen on CT imaging (the sole pattern in 18 examinations and the dominant pattern in 5 examinations).

Of the 31 patients, 28 were admitted to the hospital, 27 received supplemental oxygen, and 8 were treated in the ICU. The vast majority were treated with antibiotics (84%) and corticosteroids (77%).

“These observations may help physicians recognize prototypical cases of EVALI, make a provisional clinical diagnosis without invasive testing, and then assess response to abstinence from vaping with or without corticosteroid administration,” wrote Aberegg and colleagues, although they did note that residual symptoms, as well as abnormalities on imaging were present in patients on early follow up.

“Additional work is needed to determine the long-term prognosis of this novel and potentially deadly syndrome,” the authors concluded.

The conclusion that bronchoscopy rarely played a meaningful role in diagnosing EVALI “should be interpreted cautiously,” Koslow and Petrache suggested. They pointed out that this was a retrospective single-center study that wasn’t designed to evaluate the utility of bronchoscopy as a tool for diagnosing EVALI.

“In addition, we cannot dismiss the usefulness of bronchoscopy in boosting the diagnostic confidence and in solidifying the choice of treatment with systemic corticosteroids, which may have been instrumental in the good outcomes reported here,” wrote Koslow and Petrache. “However, the decision to avoid using an invasive procedure during the EVALI outbreak highlights the importance of incorporating the knowledge of the current prevalence of the disease with the diagnostic value of the procedure into the clinical management of patients”