Bystanders may hesitate to perform CPR for fear of causing harm

(Reuters Health) – People who witness a cardiac arrest may be reluctant to perform CPR (cardiopulmonary resuscitation), and their reasons shed light on how CPR training and public awareness can be improved, researchers say.

The most common reason people gave for being reluctant to perform CPR is worry about causing additional injuries, the researchers report in Emergency Medicine Journal.

Other concerns included fearing their skills were inadequate and reluctance to remove a female victim’s shirt.

“Bystander CPR is the most important intervention to increase the chance of a good outcome, such as survival without severe brain injury,” said Dr. Torben Becker of the University of Florida in Gainesville.

About 90% of people who have an out-of-hospital cardiac arrest die, according to the American Heart Association. The chance of survival decreases by about 10% per minute, so the sooner CPR is started, the better, Becker added.

“If EMS arrives after eight minutes, which is the national benchmark, chances are already very low and all the advanced care options are of limited success,” he told Reuters Health by email.

Becker and colleagues surveyed about 600 participants at 18 CPR training events in Florida in 2018. They interviewed participants before the training began, asking about their overall comfort level performing CPR, as well as specific concerns about performing CPR on four hypothetical patients: a middle-aged woman, an elderly man, and a male or female adolescent.

When participants who expressed reluctance were asked why, the most common concern was causing injury to the patient, especially the elderly man. They also worried about lack of appropriate skills, especially when helping the adolescents. About 14% were concerned about exposing the breasts of female patients and 6% feared being accused of sexual assault.

“Another finding, which has also recently been highlighted in other studies, is that a fairly large number of participants have concerns about what to do if a pregnant patient has a cardiac arrest,” Becker said. “CPR is still indicated.”

The researchers recommend that CPR courses use mannequins with realistic female anatomy, and that instructors address fears of causing harm and emphasize the importance of performing CPR regardless of perceived frailty in older patients.

They also acknowledge that responses might have been different had participants been interviewed after the training event.

“In my opinion, the negative perceptions of the fear of harm and injury are due to a lack of public education on the importance and positive benefits of knowing how to do CPR,” said Abdullah Alismail of Loma Linda University in California, who wasn’t involved in the study.

“A high percentage of the public may get their information from medical drama TV shows, which are not always accurate,” he told Reuters Health by email. “Fear prevents them from potentially saving a life.”

Research is also needed into why people hesitate to do CPR in disadvantaged communities, said Fiona Dobbie of the University of Edinburgh, who wasn’t involved in the current study.

“It’s not enough to provide training and practical skills,” she said by phone. “People need to have a belief in themselves and that they should do it.”

Social media and social networks could provide opportunities to create social norms and moral obligations around performing CPR as a bystander, Dobbie added. Since about 70% of out-of-hospital cardiac arrests occur at home, family members and close friends are most likely to save loved ones’ lives.

“It’s about a change in attitude, self-belief and confidence,” Dobbie said. “Have a conversation with your loved ones about it and talk about what you’d do, what your plan is, and how you’d react to save a life.” 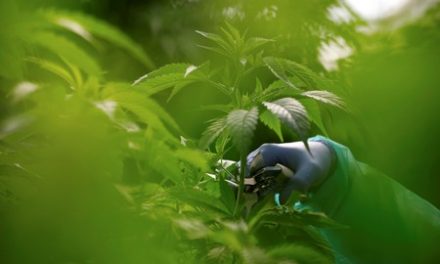