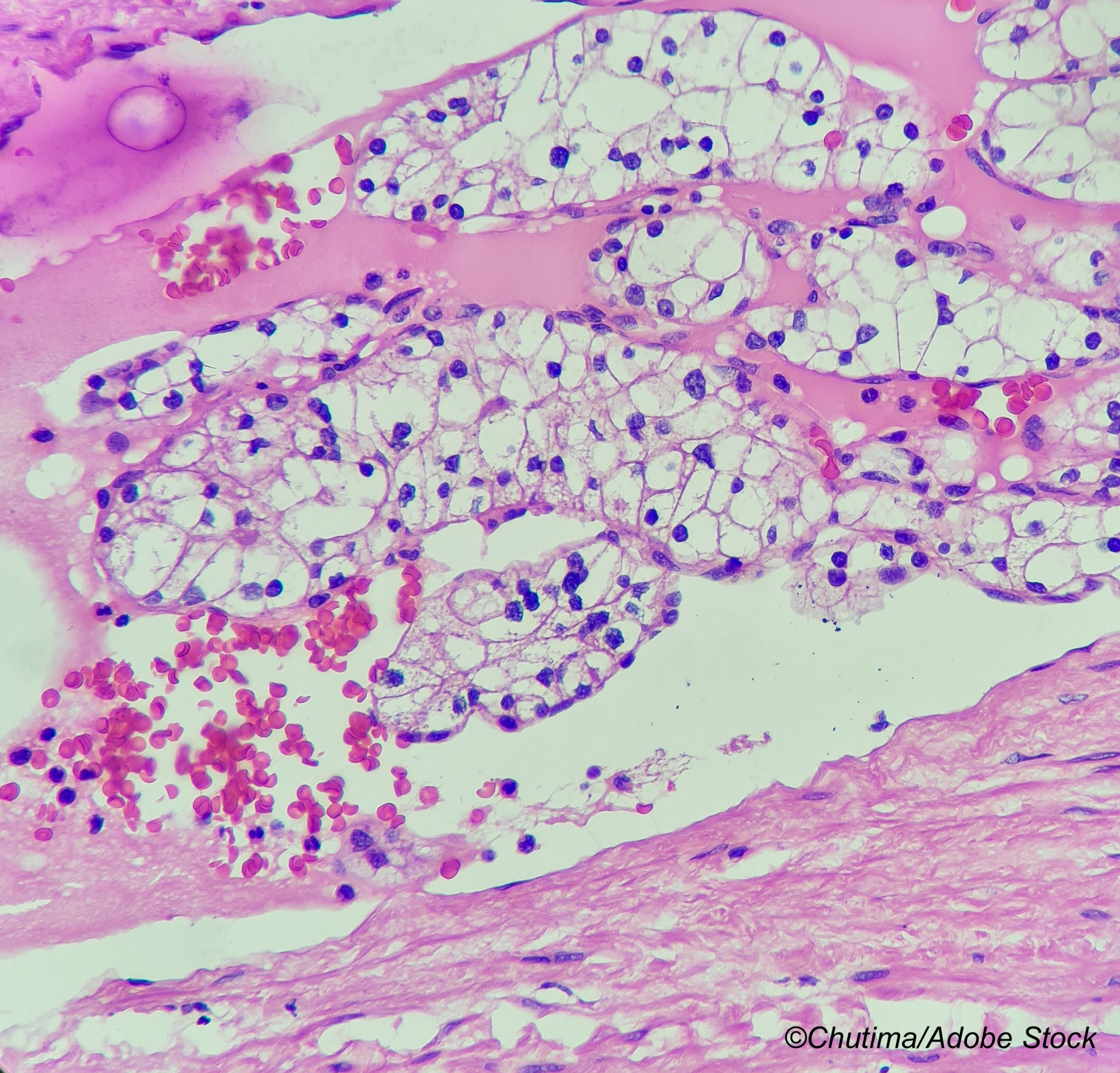 Among patients with renal cell carcinoma (RCC) that has metastasized to the brain, treatment with cabozantinib—a tyrosine kinase inhibitor—produced significant intracranial responses with an acceptable safety profile, according to results from a study published in JAMA Oncology.

“Brain metastases occur in approximately 10% to 15% of patients with metastatic renal cell carcinoma (RCC) and are associated with considerable morbidity and mortality. Local therapies targeting brain metastases, such as stereotactic radiosurgery, whole-brain radiotherapy, and surgery, remain the gold standard of care for these patients. Pivotal clinical trials of targeted therapies have generally excluded patients with RCC and brain metastases owing to their poor performance status and the need for immediate local therapy. Most data regarding efficacy of these agents against brain metastases have been derived from retrospective studies, expanded access programs, and prospective single-arm studies,” wrote Toni K. Choueiri, MD, of the Lank Center for Genitourinary Oncology, Dana-Farber Cancer Institute, Boston, and fellow researchers.

“Patients with brain metastases from renal cell carcinoma (RCC) have been underrepresented in clinical trials, and effective systemic therapy is lacking. Cabozantinib shows robust clinical activity in metastatic RCC, but its effect on brain metastases remains unclear,” they added.

In an email to BreakingMED, Choueiri noted that the cabozantinib data are intriguing. However, she added, “Because the data are retrospective, I believe surgery +/- radiation should be the primary modality for brain metastases. In case of unsafe location or progression on surgery/radiation, cabozantinib is a reasonable option. There is a prospective study in France (CABRAMET) that is ongoing and will be more definitive.”

She added, “If overall, the lesions can be captured and stabilized by radiation or resected, you may not need cabozantinib unless it is used ’anyhow’ for extracranial disease control.”

Indeed, cabozantinib is used as monotherapy in the treatment of advanced RCC, and targets VEGFR2, MET, AXL, RET, and KIT, all tyrosine kinase receptors that play a role in the mediation of tumor cell survival, metastasis, and angiogenesis.

For this retrospective study, Choueiri and colleagues included 88 patients (median age at initiation of cabozantinib: 61 years; 78% men) with brain metastases from RCC treated in 15 international institutions in the U.S., Belgium, France, and Spain. The researchers looked at 2 cohorts: cohort A (n=33) consisted of patients treated with cabozantinib with no concomitant brain-directed local therapy, while cohort B (n=55) comprised those treated with cabozantinib and concomitant brain-directed local therapy.

“Use of VEGF inhibitors such as cabozantinib may decrease enhancement but not size of the lesion on computed tomography. Therefore, we assessed intracranial progression using the modified RECIST v1.1, which is based on the size of the lesion and not its enhancement. In addition, the very low rate of intracranial progression in cohort A at the 6-month time point can be considered a good indicator of cabozantinib activity,” researchers noted.

Treatment-related adverse events occurred in over 30% of patients, the most common of which were fatigue (77%), diarrhea (46%), palmar-plantar erythrodysesthesia (32%), and nausea (31%). Fifteen patients experienced Grade 3 or 4 TRAEs, with the most frequent being fatigue (7%) and mucositis (5%). There were no deaths related to cabozantinib, but 48 patients required dose reductions and 10 discontinued treatment due to toxic effects. No neurological toxic effects occurred.

In a subgroup of nine patients with leptomeningeal disease, cabozantinib intracranial and extracranial response rates were 56% and 44%, respectively, and median overall survival was 12 months.

Limitations of the study include its retrospective nature and the lack of central radiological review on all cases, that RANO-BM criteria were not applied to the entire study population, missing data on the concomitant use of systemic steroids with cabozantinib, and the use of time to brain progression and TTF instead of progression-free survival as primary endpoints to “reflect real-world clinical practice,” noted the authors.