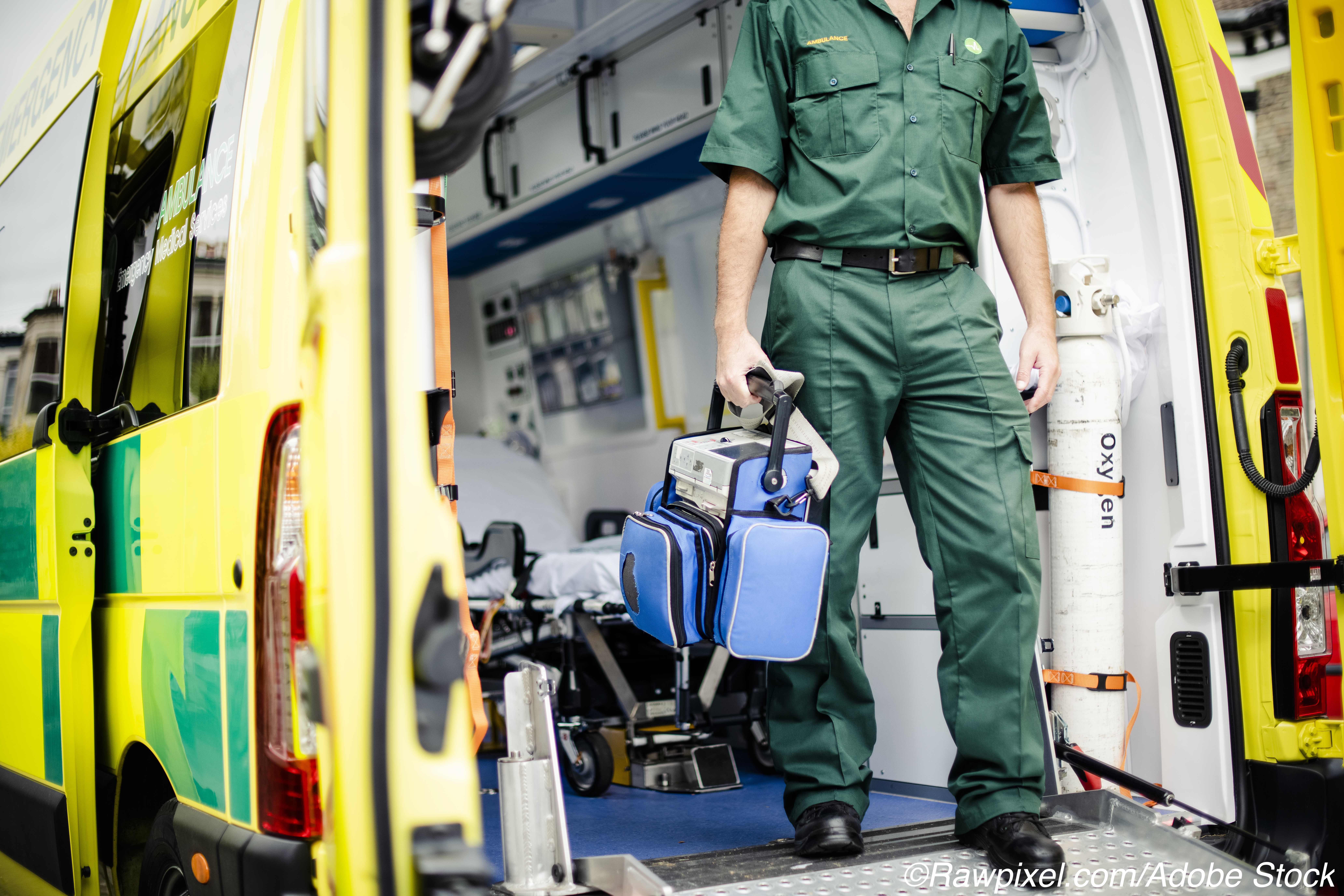 ’Scoop and run’ may not be the best option for survival

The “scoop-and-run” model for out-of-hospital cardiac arrest (OHCA) may not be the best option, with a study of more than 27,000 patients indicating that continued on-scene resuscitation had a higher probability of survival to hospital discharge than intra-arrest patient transport.

In a propensity matched cohort of 27,705 patients, survival to hospital discharge occurred in 4% of patients who underwent intra-arrest transport — or transport prior to the return of spontaneous circulation — versus 8.5% who received on-scene resuscitation for a 4.6% risk difference (95% CI 4.0%-5.1%), reported Brian Grunau, MD, MHSc, of St. Paul’s Hospital in Vancouver, and co-authors.

For a secondary study endpoint of favorable neurological outcome at discharge, the latter occurred in 2.9% of patients who underwent intra-arrest transport versus 7.1% who received on-scene resuscitation, for a 4.2% risk difference (95% CI 3.5%-4.9%) in a propensity matched cohort of 15,383 patients, they stated in JAMA.

However, the authors also cautioned that the observational study could not show causation. In addition, external validity may not be generalizable to emergency medical services (EMS) systems with differing patient characteristics and medical management. Finally, variability of training, technology, protocols, and bias among EMS personnel may have influenced the probability of both intra-arrest transport and outcomes.

Still, the study results “challenge the ’scoop and run’ model for OHCA by suggesting a strong clinical benefit associated with continuing the resuscitation on scene until a definitive outcome has been achieved,” noted Alexander X. Lo, MD, PhD, of the Feinberg School of Medicine at Northwestern University in Chicago, in an editorial accompanying the study.

Lo noted that a potentially even larger difference between groups was that 61% of patients classified as intra-arrest transport after 30 minutes, and who survived to hospital discharge, were successfully resuscitated prior to hospital arrival.

“In those cases, survival may reasonably be considered more likely to have been attributable to out-of-hospital resuscitation rather than the in-hospital interventions,” he pointed out.

Grunau’s group conducted a cohort study of prospectively collected consecutive non-traumatic adult EMS-treated OHCA data from the Resuscitation Outcomes Consortium Cardiac Epidemiologic Registry. The enrollment period was April 2011 to June 2015 at 10 U.S. and Canadian sites, and 192 EMS agencies. OHCA as identified through dispatch logs, patient care records, defibrillator files, and hospital records. Patient follow-up was until the date of hospital discharge or death, regardless of when either event occurred.

The full cohort included 43,969 patients (median age 67 years; 37% women), with 86% of the cardiac arrests occurring in a private location. Nearly half (49%) were witnessed by bystanders or EMS. Of this group, 22% had initial shockable rhythms, 97% were treated by out-of-hospital advanced life support, and 26% underwent intra-arrest transport.

For the entire cohort, the authors reported the primary outcome of survival to hospital discharge was 3.8% for patients who underwent intra-arrest transport versus 12.6% for those who received on-scene resuscitation.

Grunau’s group also found that there were statistically significant associations between intra-arrest transport and lower probability of survival to hospital discharge for EMS level of care (P=0.001), EMS-witnessed status (P=0.001), and the combination of EMS-witnessed or shockable initial rhythm (P=0.001) and study site (P<0.001).

But there were no subgroup differences detected based on initial shockable rhythm (P=0.38) or use of mechanical chest compression (P=0.08).

Lo noted that the Covid-19 pandemic may lead to a shift in the level or frequency of on-scene resuscitation.

“Cardiopulmonary resuscitation (CPR) and intubation are aerosol-generating procedures and further increase the risk of infection for EMS and hospital personnel. Given the frequent involvement of bystander intervention in OHCA, this also raises a separate public health question on educating the public on the risks of Covid-19 aerosol transmission associated with bystander CPR,” he stated.

The Resuscitation Outcomes Consortium was supported by the National Heart, Lung, and Blood Institute (NHLBI), the National Institute of Neurological Disorders and Stroke (NINDS), US Army Medical Research and Material Command, the Canadian Institutes of Health Research (CIHR) – Institute of Circulatory and Respiratory Health, Defence Research and Development Canada, the Heart and Stroke Foundation of Canada, and the American Heart Association.

Grunau reported a relationship with Stryker and serving as the principal investigator of a clinical trial on the benefit of intra-arrest transport to hospital for extracorporeal CPR initiation. Co-authors reported support from, and/or relationships with, NHLBK, Zoll Medical, Stryker, the NIH, CIHR, the Heart and Stroke Foundation of Canada, NINDS, and the Stroke Strategies to Innovate Emergency Care Clinical Trials Network (NINDS-SIREN).

Lo reported no relationships relevant to the contents of this paper to disclose.