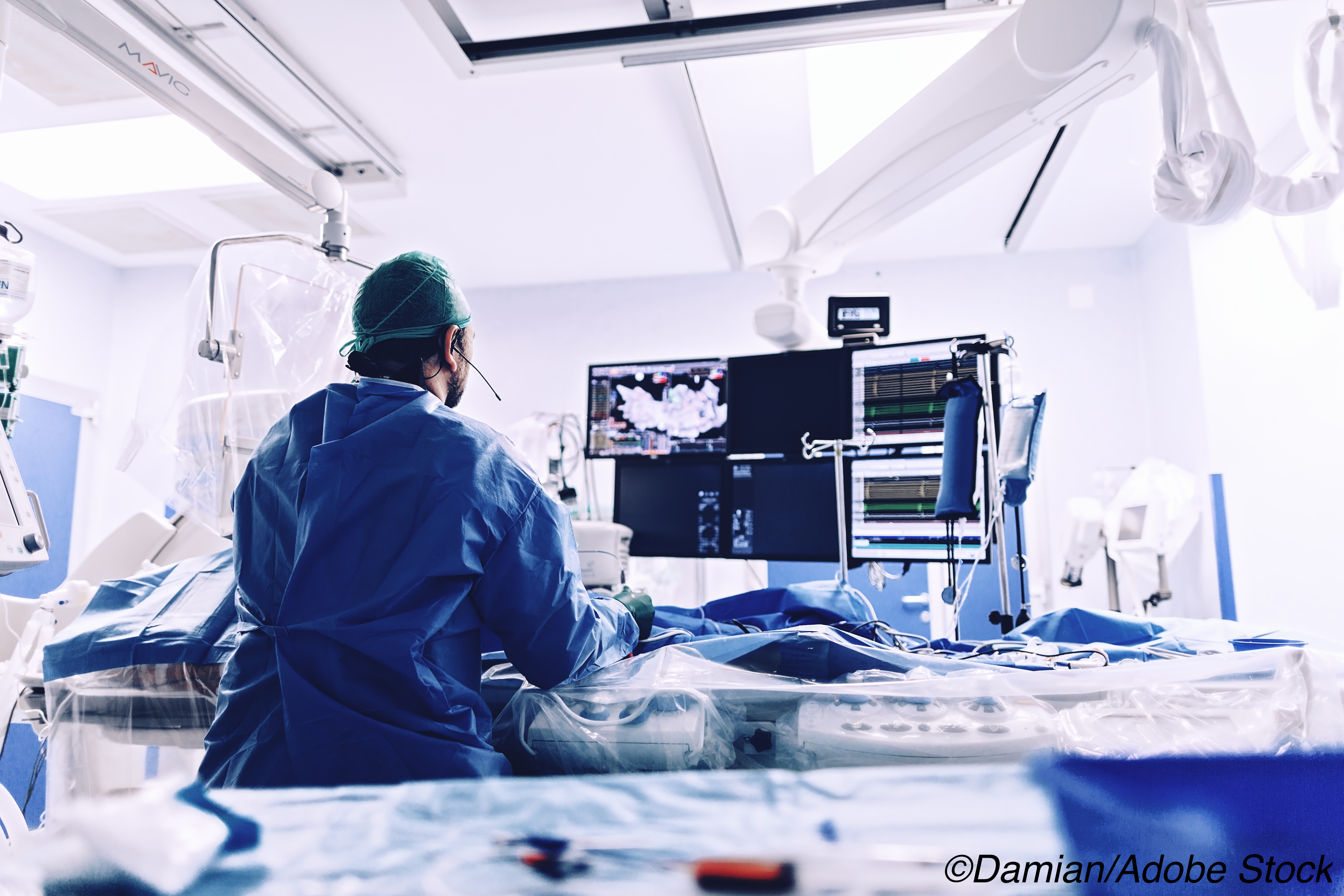 Catheter ablation effectively curtailed the recurrence of any atrial fibrillation (Afib) by nearly half, and symptomatic Afib by more than half, versus drug therapy over five years of follow-up, according to an expanded analysis of the CABANA trial.

Baseline Holter Afib burden in both treatment groups was 48%, they stated in the Journal of the American College of Cardiology.

What makes the current report “unique” is the “presentation of baseline and then every 6-month Afib burden as assessed by 96-h Holter in a large patient cohort… The CABANA trial report on late Afib recurrence conﬁrms the clear beneﬁt of catheter ablation versus pharmacological therapy in preventing recurrent Afib in patients with symptomatic Afib, and is important in being one the largest prospective studies to report on the beneﬁt of catheter ablation on Afib burden.” noted Francis E. Marchlinski, MD, of the Hospital of the University of Pennsylvania in Philadelphia, and co-authors in an editorial comment accompanying the study.

Marchlinski’s group pointed out that “reporting treatment outcome based on Afib burden comes with its own set of challenges,” emphasizing that “A 96-h Holter monitor done twice a year might identify frequent, short-lived Afib, but can miss a single prolonged episode of comparable total Afib burden.”

Also, many patients will have no Afib after ablation, so “burden results for the entire group will be skewed to reﬂect those good outcomes if patients with no Afib during follow-up are included in the overall burden assessment.”

Lastly, any Afib burden would need to be accompanied by data on improvements in symptoms and quality of life versus baseline in order to manage the “marked intrapatient variability in the relationship between symptoms and Afib burden,” Marchlinski and co-authors stated. The current study did not provide that data, but “we anticipate it will be forthcoming in other CABANA publications.”

Results from the original CABANA trial bolstered the use of catheter ablation as an effective treatment approach for a broad range of patients with Afib, and also set out to “deﬁne the long-term risk of Afib recurrence in patients treated with catheter ablation compared with drug therapy, both in terms of ﬁrst recurrence, as well as the overall burden of Afib,” Poole’s group explained. “Initial results reported from the CABANA study showed a signiﬁcant 48% reduction in recurrence of Afib with follow-up to 48 months.”

A little over half (n=1,240; median age 68 years; 34.4% women; 43% with paroxysmal Afib) of the study population qualified for the current analysis by using used the CABANA monitors and providing 90-day post-blanking recordings. Treatment comparisons were performed using a modiﬁed ITT approach.

The authors found that both randomized group experienced reduction in Afib burden, the treatment difference was greater in ablation patients, and was signiﬁcant across the 5 years of follow-up (P<0.01). Additionally, Afib burden was signiﬁcantly reduced by catheter ablation regardless of the patients’ baseline Afib pattern (paroxysmal or persistent/ long-standing persistent).

“Although Afib burden at baseline was greater in the patients with persistent/long-standing persistent Afib, the absolute magnitude of treatment beneﬁt difference was larger for these patients compared with those with paroxysmal Afib,” they wrote.

The authors also noted that over 5 years, the use of antiarrhythmic drugs tapered to 33% of the drug-therapy group, and the decreasing use of these drugs over time in these patients appeared to have been largely affected by patient crossovers to ablation therapy.

Finally, they stated that “An interesting ﬁnding from our study was the small contribution of AFL [atrial flutter] or AT [atrial tachycardia] as the ﬁrst recurrent atrial arrhythmia type, regardless of randomization. These highly symptomatic rhythms often require repeat ablation and are often seen in patients with persistent or long-standing persistent Afib; these patients are particularly challenging for Afib management.”

Poole and co-authors noted that their results add to the fairly sparse data on Afib burden that come from trials such as MANTRA-PAF, CASTLE-AF, and CIRCA-DOSE.

Study limitations included the fact that 14% of the enrolling sites were unable to use the proprietary CABANA recoding system because of “country-level regulatory restrictions,” so these sites used their standard recording technologies. Also, the authors agreed with Marchlinski’s group that “time to ﬁrst recurrence of Afib has important limitations as a measure of treatment durability in Afib due to the highly variable nature of the disease.”

Poole and co-authors stated that “More work is needed to understand the relationship between burden of Afib and adverse clinical outcomes from Afib,” such as the temporal relationship of subclinical Afib burden to thromboembolic events with implantable pacemakers or implantable cardioverter deﬁbrillator logs.

Marchlinski reported relationships with Medtronic, Abbott, and Biosense Webster. Co-authors reported no relationships relevant to the contents of this paper to disclose. Weekend Vs Weekday Admissions for AF