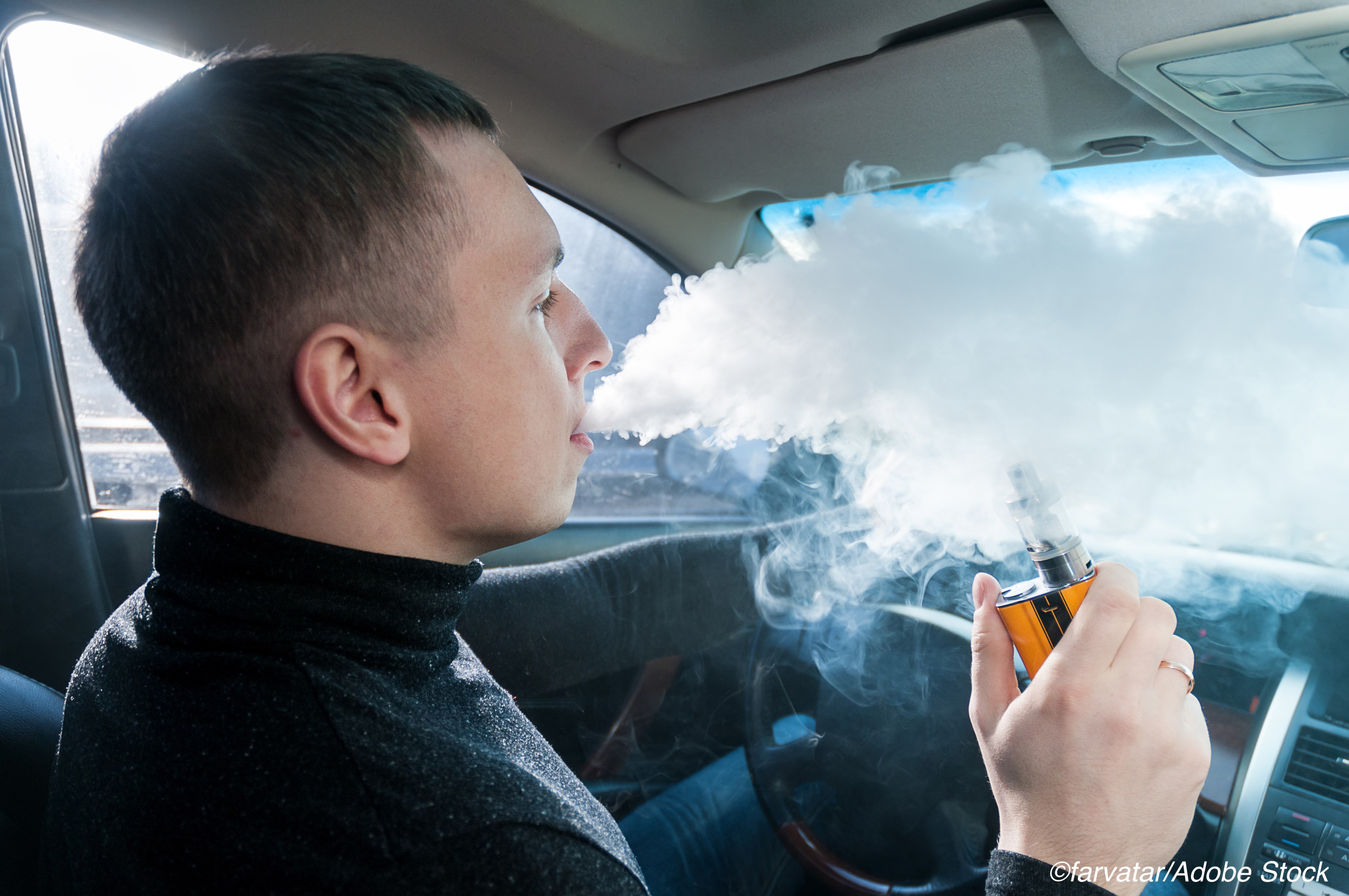 CBD alone may not cause impaired driving, small trial suggests

“In this randomized clinical trial, THC-dominant and THC/CBD-equivalent cannabis produced a short-term impairment during experimental on-road driving,” reported Jan Ramaekers, PhD, of Maastricht University in the Netherlands, and co-authors. “In agreement with previous studies involving smoked cannabis or oral THC (dronabinol), this impairment was modest in magnitude and similar to that seen in drivers with a 0.05% blood alcohol concentration,” they wrote in JAMA.

In their study, Ramaekers and colleagues compared effects of cannabis strains dominant for THC, CBD, or having equal proportions of both THC and CBD, with placebo in 26 occasional cannabis users with a mean age of 23. They determined the standard deviation of lateral position (SDLP), a measure of lane weaving and correction, during eight 100-km driving tests that started at 40 minutes and at 240 minutes after consuming cannabis.

At 240 to 300 minutes following consumption, SDLP did not differ significantly for any group compared with placebo. Of 188 test drives, 16 (8.5%) were terminated by the driving instructor for evident fatigue or impairment, and three were terminated by participants. There were no significant differences in terminations across cannabis and placebo groups.

In an accompanying editorial, JAMA associate editors Thomas B. Cole, MD, MPH, of Boston University, and Richard Saitz, MD, MPH, noted that “consumption of CBD-dominant cannabis did not impair driving in this study, but the authors acknowledged that the doses tested may not represent common usage and the effect size for CBD-dominant cannabis may not have excluded clinically important impairment.”

“The findings from this trial do not support the conclusion that it is safe to drive after consuming CBD,” they wrote.

“It is likely that many patients and consumers are exposed to doses of CBD that are higher than the dose tested in this study,” they added. “It is also likely that participants in [the present study] who reported occasional cannabis use are not representative of populations that use medicinal CBD or regularly use recreational cannabis.”

Besides alcohol, cannabinoids are the most common other drug detected in fatally injured drivers, and a U.S. Department of Transportation survey suggested prevalence is increasing. A 2015 study found additive effects of alcohol on SDLP, reaction time, and time out of lane.

Whether co-administered CBD reduces certain THC effects is unclear. A 2019 review found heterogeneity in dose, route, and THC/CBD ratios across studies, but concluded that despite no evident dose-response profile, CBD may interact with some acute effects of THC, possibly in a time-limited way.

Ramaeker’s team recruited healthy participants who used cannabis less than twice weekly, but more than 10 times in their life. All had at least 2 years experience driving 2,000 km or more yearly. Those with history of addiction, psychiatric diagnosis, or cardiac condition were excluded.

Four products — THC 13.75 mg, CBD 13.75 mg, a combination of THC 13.75/CBD 13.75 mg, and placebo — were tested in the study. This CBD dose “is lower than the 20-mg/kg dose of CBD administered for the control of seizures in children and young adults with Dravet syndrome and corresponds with the lower end of the range of concentrations of CBD (0.10 mg/mL-655.27 mg/mL) observed in a sample of CBD extracts sold online,” the editorialists noted.

Test drives were conducted between May 2019 and March 2020. Driving tests took about 1 hour on a 100-km highway circuit maintaining 95 km/h (59 mph), remaining in the right (slower) lane. Licensed driving instructors who accompanied study participants had access to dual controls.

No significant differences were seen across all conditions for mean speed or standard deviation of speed.

“Drivers who consumed THC were generally aware that their driving was impaired, although participants reported that consumption of THC/CBD was associated with less anxiety, reduced strength of drug effects, and greater confidence to drive than THC alone. These findings challenge the myth that CBD ameliorates the psychoactive/psychomotor effects of THC,” the editorialists wrote.

Limitations include doses that may not reflect common usage, and generalizability beyond healthy young users is not clear. “Impairment could be extended with use of oral products or with higher inhaled doses, and so these results should not be considered definitive,” the researchers noted.

This study was funded by the Lambert Initiative for Cannabinoid Therapeutics at the University of Sydney.

Ramaekers reported receipt of grants from Lambert Initiative for Cannabinoid Therapeutics during the conduct of the study and being president of the International Council on Alcohol, Drugs and Traffic Safety.

Saitz reported receipt of grants from the National Institutes of Health (NIH) during the conduct of the study; grants from NIH, the National Institute on Alcohol Abuse and Alcoholism, the National Institute on Drug Abuse, Philadelphia College of Osteopathic Medicine, and the BurroughsWellcome Fund outside the submitted work; nonfinancial support from Alkermes; personal fees from the American Society of Addiction Medicine, the American Medical Association, the National Council on Behavioral Healthcare, Kasier Permanente, UpToDate/Wolters Kluwer, Yale University, the National Committee on Quality Assurance, University of Oregon, Oregon Health Sciences University, RAND Corporation, Leed Management Consulting/Harvard Medical School, Partners, Beth Israel/Deaconess Hospital, the American Academy of Addiction Psychiatry, the Group Health Cooperative, Smart Recovery, the Institute for Research and Training in the Addictions, Charles University, Prague, Brandeis University, the Massachusetts Medical Society, and personal fees for serving as a medical malpractice expert witness outside the submitted work.