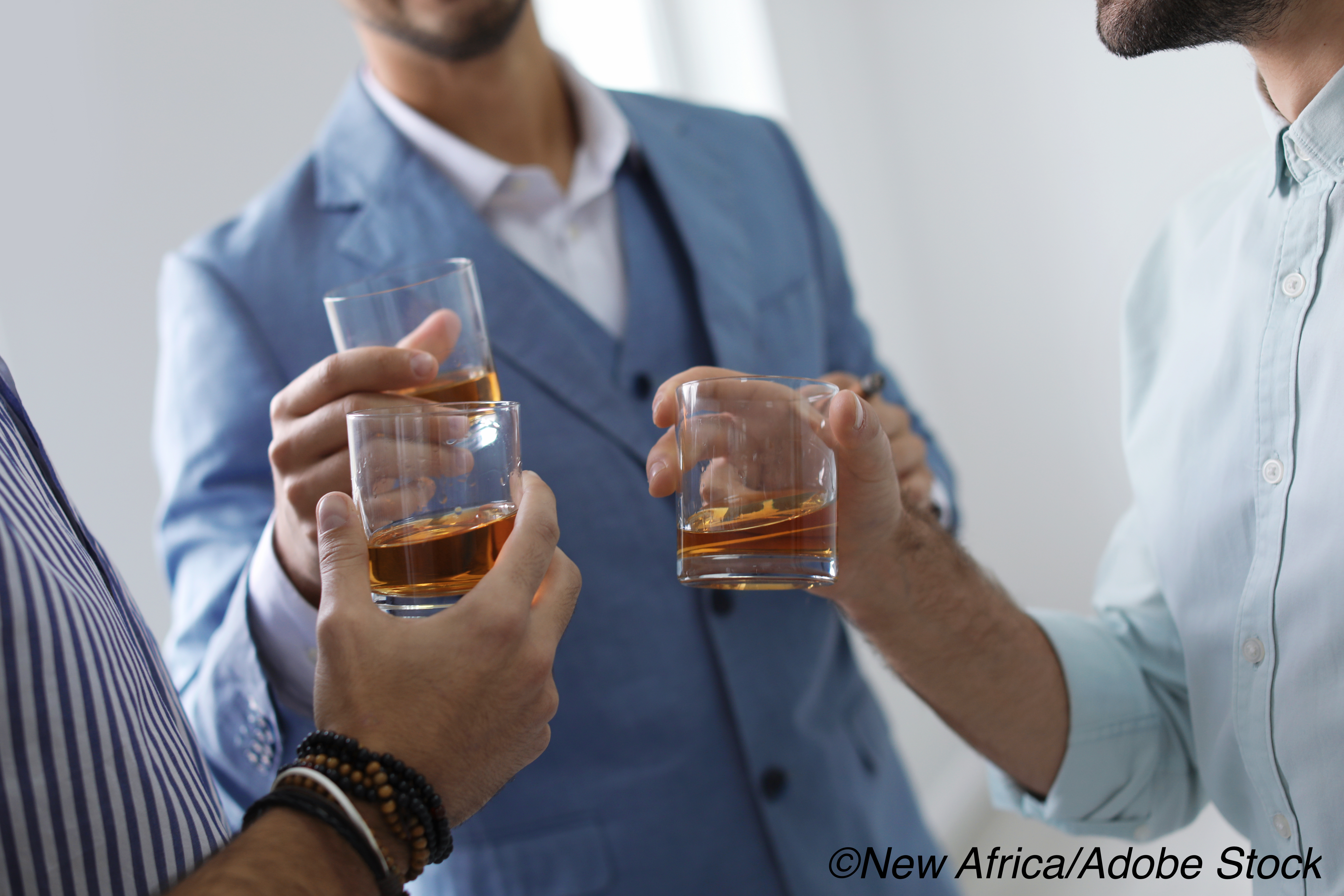 Alcohol’s “good-for-you, bad-for-you” reputation just got another “good-for-you” rating. According to a large cohort study, low-to-moderate alcohol consumption (10-14 drinks per week) by middle-aged and older adults is associated with better overall cognitive function.

“Low to moderate alcohol drinking was associated with protecting cognitive function as assessed by the total cognitive score and the scores of each of the 3 cognition domains tested (mental status, word recall, and vocabulary),” Ruiyuan Zhang, MD, MS, from the Department of Epidemiology and Biostatistics, University of Georgia College of Public Health, Athens, and colleagues wrote in JAMA Network Open. “We also found that compared with never drinkers, low to moderate drinkers had slower rates of cognitive decline across time for all cognition domains evaluated. The association was strongest for the vocabulary test.”

Moreover, the mechanism of action of how and why low-to-moderate alcohol consumption had these effects is not known, but Khang and colleagues do have some ideas.

“The main hypotheses focus on cerebrovascular and cardiovascular pathways and on brain-derived neurotrophic factor,” they wrote. “Several studies have found that low to moderate alcohol consumption is associated with better cardiovascular functions, fewer cardiac events, and longer survival compared with abstainers and heavy drinkers; thus, the decreased risk of cognitive impairment has been thought to be associated with alcohol consumption. However, a recent study found that alcohol consumption increases the risk of hypertension and stroke regardless of dose, which decreases the likelihood of this potential mechanism.”

This dichotomy, the good/evil of alcohol, led Khang and colleagues to opine that perhaps the cognitive benefit seen in their study “may be a balance of its beneficial and harmful effects on the cardiovascular system,” adding that with low-to-moderate drinking, the good effects may outweigh the bad.

Khang and colleagues included 19,887 participants from the HRS, which is a nationally representative sample of U.S. adults, followed for a mean of 9.1 years. The participants’ cognitive function was measured from 1996-2008 and had participated in at least 3 biennial surveys.

They researchers analyzed the trajectories and annual rates of change in three cognitive domains — mental status, word recall, and vocabulary. For the total cognitive score, they added the mental status and word recall scores.

Khan and colleagues assessed alcohol consumption by surveying the participants with questions as to whether they drank any alcoholic beverages, what their average number of drinks was per week, and how many drinks they had consumed over the past 3 months. The participants were classified as never drinkers, former drinkers, and current drinkers.

Of note, the study authors do not specify the amount of alcohol consumed, i.e. number of ounces, nor do they specify type — wine, beer, or hard liquor.

Limitations of the study include that the participants self-reported their drinking habits and may have underestimated their consumption; few of the participants, particularly Black people and women, reported high weekly consumption; consumption changed over time, which might indicate that other factors influenced cognition; and the results might be confounded by health status. However, in commenting on the latter, Khang and colleagues pointed out that “77.2% of the participants had at least 1 chronic disease condition. Therefore, the association between alcohol drinking and cognitive function may be applicable both to healthy people and to those with a chronic disease.” Finally, the study authors noted that there were fewer people reporting high levels of weekly drinking, which suggests “the 95% CIs for the risk of having low cognitive function among these people were wide. Thus, the reliability of the estimates for this group could be low.”

The study was supported by the National Center for Advancing Translational Sciences of the National Institutes of Health.

Migraine a Risk Factor for AFib Identifying Who Has Allodynia