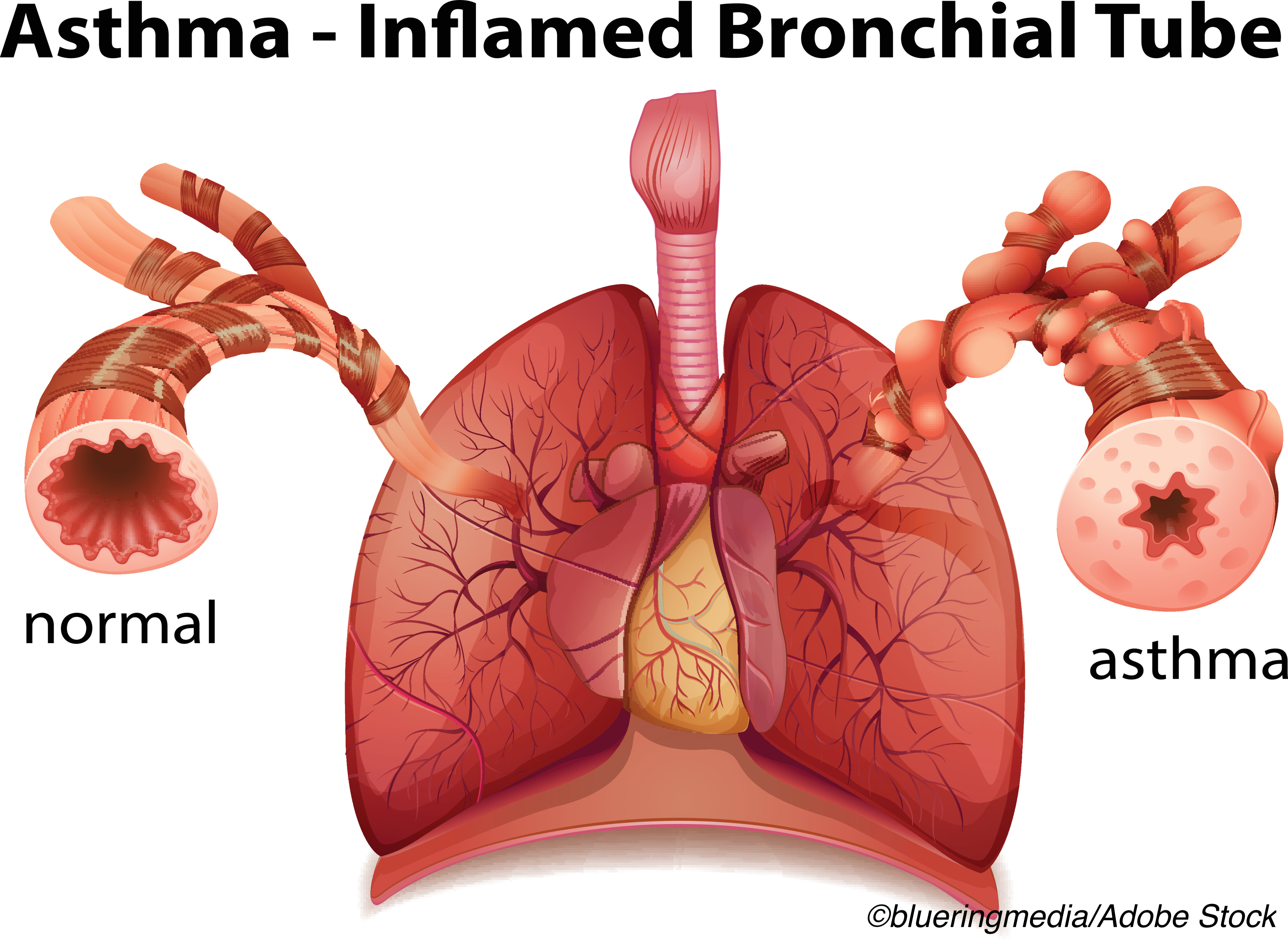 Treatment with the novel outpatient procedure bronchial thermoplasty was associated with improved asthma control and reduced use of corticosteroid maintenance medications five years post procedure, according to findings reported at the virtual meeting of the American College of Chest Physicians — CHEST 2020.

Reductions in healthcare utilization persisted through the 5-year follow-up, and reductions in asthma exacerbations and related hospitalizations and emergency department visits were also reported in the years following treatment.

Findings from the prospective, open-label follow-up involving 284 patients were presented in a poster presentation by Geoffrey Chupp, MD, of Yale School of Medicine, and colleagues.

Approved by the FDA in 2010 for use in adults with severe persistent asthma poorly controlled by inhaled corticosteroids and long acting beta agonists (LABA), bronchial thermoplasty (Alair System, Boston Scientific) is an outpatient procedure that delivers controlled thermal energy to reduce excess airway smooth muscle that is associated with airway constriction.

The procedure has been shown to help patients with poorly controlled asthma by decreasing the ability of the airways to constrict. It is delivered via flexible bronchoscope in an outpatient setting in three separate sessions.

By decreasing the ability of the airways to constrict, bronchial thermoplasty has been shown to help patients with severe asthma gain substantially better control over their disease.

Three-year follow-up data from the trial were reported in the European Respiratory Journal in 2017.

Asthma patients between the ages of 18 and 65 years were eligible for the study if they were taking inhaled corticosteroids (ICS) ≥1000 mg/day (beclomethasone or equivalent) and LABA ≥80 mg/day and if they had pre-bronchodilator FEV1 ≥60% predicted, were non-smokers for ≥1 year (<10 pack/years if former smoker), experienced ≥2 days with asthma symptoms in the last 4 weeks, had Asthma Quality of Life Questionnaire (AQLQ) ≤6.25, and in the 12 months prior to bronchial thermoplasty treatment had ≤2 hospitalizations, ≤3 lower respiratory tract infections, and ≤3 severe exacerbations.

Throughout the 5-year follow-up, healthcare utilization (severe exacerbations, hospitalization, and ER visits), spirometry (FEV1 and FVC), and medication usage were recorded periodically and safety data for the treatment and post-treatment periods were also collected.

A total of 227 patients returned for their 5-year follow-up. Reductions in healthcare utilization observed post-bronchial thermoplasty persisted throughout the follow-up period.

“The PAS2 study data indicates that improvements in asthma control with respect to severe exacerbations, hospitalizations and ER visits after bronchial thermoplasty are durable out to 5 years, and reductions in inhaled corticosteroid and maintenance oral corticosteroid usage are maintained,” wrote Chupp and colleagues.

They concluded that “treatment with bronchial thermoplasty leads to sustained improvements in asthma control and reductions in corticosteroid maintenance medications over 5 years.”