Children with Eczema at Greater Risk for Learning Disabilities 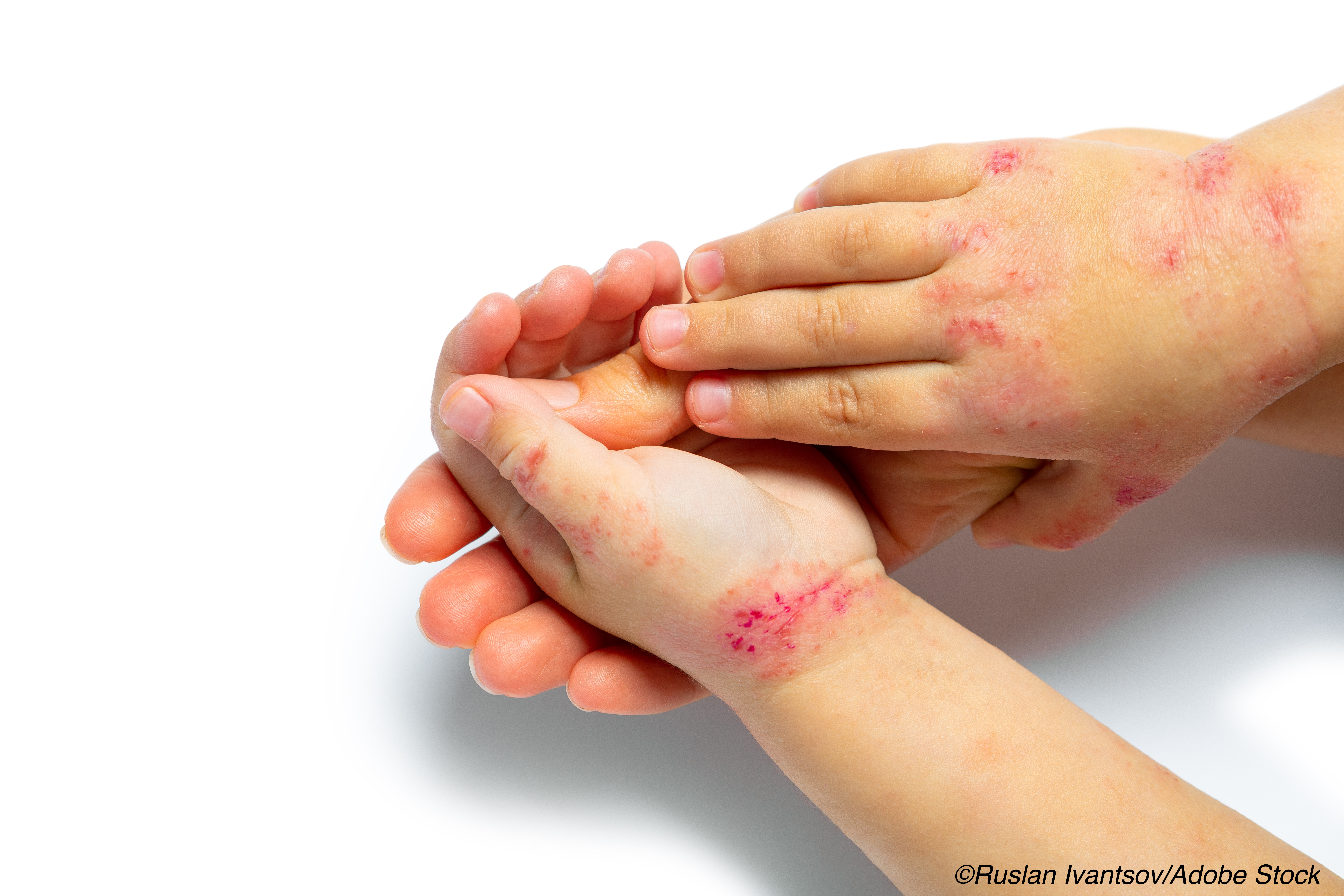 Two newly published studies suggested a link between childhood eczema and poorer educational achievement, with one study finding more learning disabilities, and another, lower secondary school attainment in children with a diagnosis of atopic dermatitis.

Having eczema was associated with a 50% greater likelihood of not completing lower secondary education equivalent to junior high graduation in a population-based cohort study from Denmark, and a 16% increased risk of not completing high school.

And a cross-sectional study of data from the Pediatric Eczema Elective Registry (PEER) in the United States found a three-fold greater risk for learning disabilities among children with severe or very severe eczema, compared to those with clear or almost clear skin.

Both studies were published online April 14 in JAMA Dermatology.

In accompanying commentary, dermatologist Katrina Abuabara, MD, of the University of California, San Francisco, wrote that while many questions remain unanswered, the latest findings do suggest “an association among atopic dermatitis (AD), learning, and education.”

Abuabara noted that in both studies, the observed associations were independent of other atopic diseases, including asthma and rhinitis, and other neuropsychiatric conditions.

“This observation suggests that screening children with AD may be a good way to identify those who may benefit from educational interventions, but more work is needed,” she wrote.

Atopic dermatitis affects roughly one in five children in Western countries, and the condition has been linked to poorer sleep, attention, and memory due to itching.

Given that all of these things could impact academic performance, researcher Sigrun Alba Johannesdottir Schmidt, PhD, of Denmark’s Aahus University Hospital, and colleagues, used routinely collected health data from Denmark to explore whether children with hospital-diagnosed AD have an increased risk for failing to advance academically.

In an effort to account for familial factors, a secondary analysis included exposure-discordant full siblings of children with eczema as a comparison cohort.

The researchers noted that the tendency for eczema to improve with age may explain the observed decline in risk with increasing educational level.

In the cross-sectional study from the U.S., researcher Joy Wan, MD, of the University of Pennsylvania Perelman School of Medicine, Philadelphia, and colleagues used PEER data from late 2004 through November 2019 to compare the prevalence of learning disability in children with AD to those without the skin disorder.

In her commentary, Abuabara noted that the recognition of a possible link between AD and learning issues represents “a new chapter in our understanding of AD, but currently there are more questions than answers.”

“As dermatologists, we may empathize with the social implications of patients’ health conditions, but we may also feel limited by the tools available to address these challenges. Social aspects of the patient experience are often overlooked in research. A focus on outcomes beyond the skin, interdisciplinary collaborations, and the inclusion of patients and caregivers in research can help us to better understand and treat the whole patient,” she concluded.