HARBIN, China (Reuters) – Even after 14 outbreaks of African swine fever across China in just over a month, pig farmer Wang Wu does not believe the threat to his livelihood is real.

“I heard about the African swine fever thing. But then people said it was just rumor. It was fake news,” said Wang, who raises about 60 pigs in a village near Harbin, capital of China’s northeastern Heilongjiang province.

In any case, the disease was only present in the south, added Wang. In fact, the first outbreak was reported in Shenyang, also in the northeast. And Harbin is only 500 kilometers from Russia, where African swine fever (ASF) has been spreading for years.

The farmer’s lack of awareness of the virus highlights the scale of the challenge Beijing faces in controlling the highly contagious disease, which has spread rapidly among the world’s largest hog herd since it was first detected in early August.

There is no vaccine for ASF and mortality rates can be as high as 100 percent. The virus is also hardy, surviving for months in pork, feed or swill. It is not harmful to humans.

In an effort to check the spread of the virus, authorities have banned the transport of live hogs from and through affected areas, sending prices in some regions soaring.

But while industrialized pig producers in China have locked down their farms, cancelling leave for staff who live onsite and reducing feed deliveries and outside visitors who risk spreading the virus to their pigs, many small pig farmers interviewed by Reuters in the past week have done nothing to keep the disease at bay.

That is likely a major reason for the number of outbreaks on farms of a similar size to Wang’s, say experts.

“You have to know what the risks are,” said an animal health expert at one of China’s biggest pig producers. “If a small farmer isn’t aware, he can’t manage those risks.”

Farmers producing fewer than 500 pigs a year accounted for 42 percent of China’s production in 2016, according to a research report from Rabobank. In eastern Anhui province, which has reported the most cases to date, there are still few large farms compared with other regions, said Pan Chenjun, senior analyst at the bank.

Beijing said last month it had launched a major education campaign on how to prevent the spread of the disease. It also collaborated with the United Nations Food and Agriculture Organization from 2014 to 2015 on a project to develop prevention and control strategies for African swine fever.

That included awareness-raising in rural communities, and in particular in Heilongjiang province, where Wang lives. Booklets on the virus were also distributed to farmers and vets across the country, according to the project details.

But the rapid spread of the disease in recent weeks raises questions about how effective those efforts were.

The Ministry of Agriculture and Rural Affairs did not respond to a fax seeking comment on the issue.

Wang, who raises his pigs in open pens and buys feed from door-to-door salesmen, did not require any disinfecting on a recent visit, a standard measure for preventing the spread of disease on farms.

Another farmer near Harbin, 65-year-old Zhang Chao, also knew little of the swine fever outbreaks. Local authorities recently supplied several bottles of disinfectant to his farm of several dozen pigs, said Zhang, and asked him and his wife to carry out thorough disinfection. But the couple did not know why.

“I am just a small pig farmer. What difference does it make if I know about it or not? What can I do?,” asked Zhang.

Bigger farmers appear better informed. At a farm with 400 sows on the outskirts of Beijing, owner Ma said she had attended a government meeting on the disease several weeks ago. She declined to give her full name.

An official poster on her farm wall showed pictures of symptoms to watch out for, and described measures to prevent its spread.

Those included preventing pigs from coming into contact with infected feed, meat products and equipment, and raising pigs far from areas with wild boars.

“This disease is really terrifying,” said Ma’s farm technician Wang Liang. “For ourselves, we make sure we disinfect everything when we arrive, and the less contact with outsiders the better.”

Reaching and educating China’s millions of backyard farmers in remote regions, including the many operating under the government’s radar, may be an impossible task, said experts.

“They’re firefighters,” said Pan at Rabobank, referring to the authorities’ efforts to control the outbreak. “They’ll go to the affected regions first but they don’t have so much manpower. They can’t cover everywhere immediately.”

African swine fever may also push Beijing to shut down more small farms and further promote large players with a better grasp of biosecurity and the resources to invest in such systems, said industry participants, a push already under way.

“My clients are still expanding,” said a Shanghai-based farm management consultant who advises large producers in China. “They think this will be a good opportunity.” 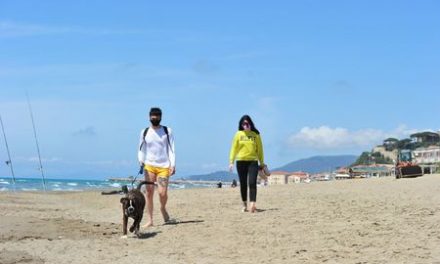