CKD: Daprodustat as Safe, Effective as Conventional ESAs for Anemia 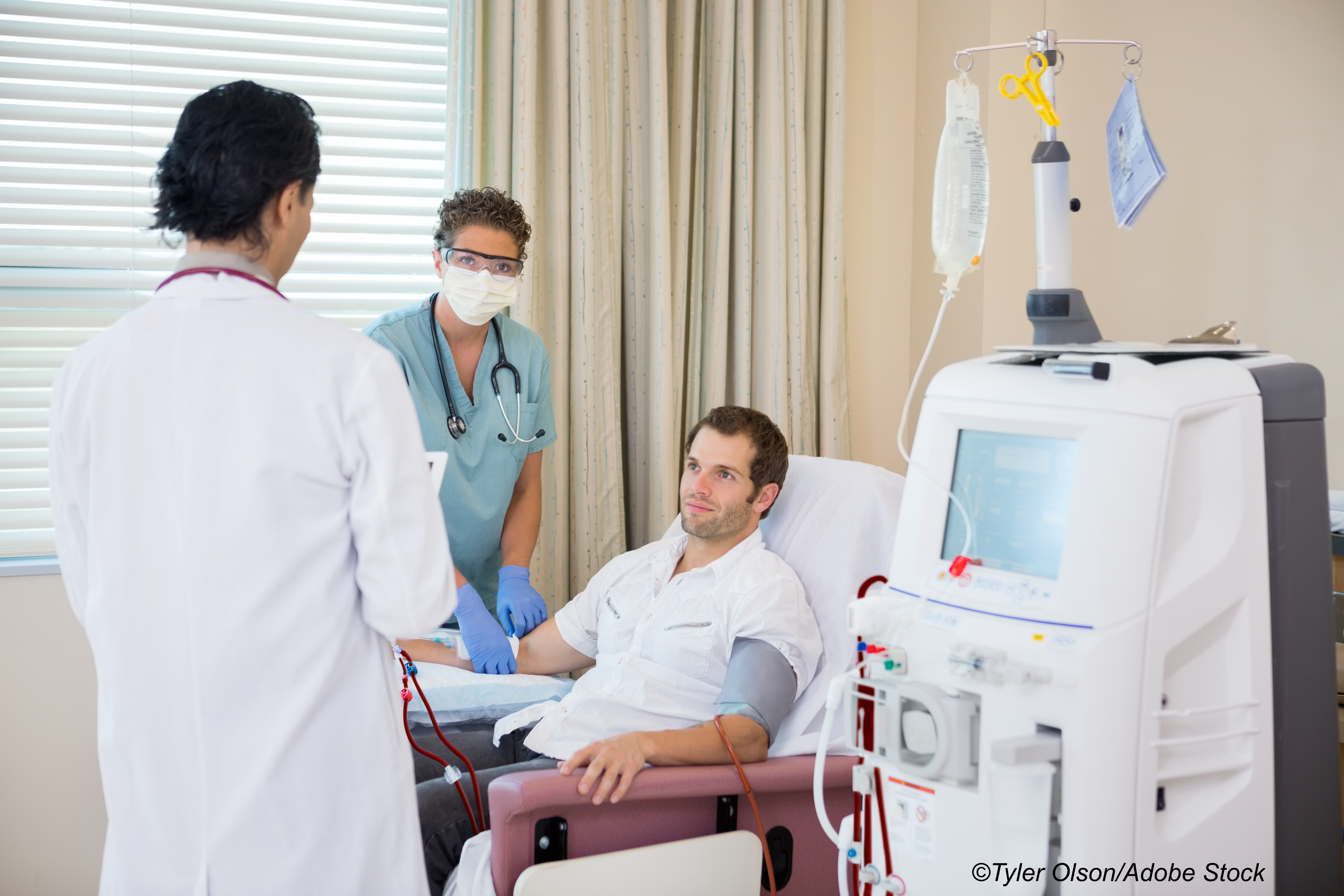 Hemoglobin levels were then tracked from baseline to weeks 28 through 52.

The mean change in hemoglobin at study endpoint was 0.28 g/dL in the daprodustat group and 0.10 g/dL in the ESA group, a between-group difference of 0.18 g/dL (95% CI, 0.12-0.24), meeting the prespecified noninferiority endpoint, Ajay Singh, MB, Brigham and Women’s Hospital and Harvard Medical School, Boston, and colleagues reported in The New England Journal of Medicine.

At a median follow-up of 2.5 years, 25.2% of patients in the daprodustat arm and 26.7% of patients in the ESA arm had experienced a major adverse cardiovascular event (MACE), another prespecified noninferiority endpoint, investigators also noted, at a hazard ratio of 0.93 (95% CI, 0.81-1.07).

In the ASCEND-ND study, a total of 3872 CKD patients not undergoing dialysis were again randomized to daprodustat or darbepoetin alfa.

In this study, the mean change in hemoglobin levels from baseline to weeks 28 through 52 was 0.74 g/dL in the daprodustat group versus 0.66 g/dL in the darbepoetin alfa group, a between group difference of 0.08 g/dL (95% CI, 0.03-0.13), again meeting the prespecified noninferiority endpoint, Singh and colleagues again reported in the same issue of The New England Journal of Medicine.

“This could usher in a new way of treating people with kidney disease, avoiding injections while stimulating the body to produce red blood cells [so o]ral treatment has the power to be transformative for patient care,” he added.

In ASCEND-D, serious adverse events (AEs) were documented in 52.2% of the daprodustat group compared with 50.7% in the ESA group. In the ASCEND-ND study, 43.9% of patients treated with daprodustat and 36.4% of those treated with the ESA also experienced a serious AE, as investigators pointed out.

Thus, the safety profile of daprodustat appeared to be similar to that of an ESA, as no unexpected safety concerns were identified, Singh and colleagues suggested.

He also cautioned that in theory, activation of the HIF pathway by the HIF-PHIs may promote the development of cancer.

Furthermore, in the non-dialysis CKD study, more esophageal or gastric erosions were seen in the daprodustat group at 3.6% compared with 2.1% in the ESA group—a signal that was again not seen in dialysis-dependent patients.

“The safety of HIF-PHIs from the cancer perspective will require longer follow-up,” the editorialist cautioned, and concluded: “Initial results in patients with DD-CKD are promising but in patients with NDD-CKD, questions about indications and safety warrant further investigation.”

Treatment of anemia with an ESA is effective but as a class of agents, the ESAs have been linked to an increased risk of stroke, myocardial infarction (MI), vascular access thrombosis, and tumor progression or death when targeting treatment to a normal hemoglobin level of between 13 and 14 g/dL: thus, cautious use of the ESAs is recommended.

As an oral alternative to ESAs, the HIF-PHIs are a new class of compounds that stabilize HIF, which in turn stimulates endogenous erythropoietin, increasing hemoglobin levels in patients with CKD.

Both studies were supported by GlaxoSmithKline.

Parfrey reported personal fees from Akebia, outside the submitted work.