New research was presented at ASTRO 2019, American Society for Radiation Oncology Annual Meeting, from September 15-18 in Chicago. The features below highlight some of the studies that emerged from the conference.

Although the standard of care for early-stage favorable Hodgkin’s lymphoma (HL) includes radiotherapy, small studies suggests that metabolic response assessment after two cycles of chemotherapy using FDG-PET (PET-2) can predict the individual outcome and PET-2 negativity might allow reducing the overall treatment intensity. To assess whether omitting consolidating radiation therapy in patients with negative PET-2 is feasible without loss of efficacy as determined by progression-free survival (PFS), researcher randomized adults with newly diagnosed, early-stage favorable HL to standard combined modality treatment (CMT) or PET-guided treatment, whereby radiation therapy was restricted to those with a positive PET after CMT. The researchers found that omitting radiotherapy worsened disease control. Rates of 5-year PFS were 93.4% in standard therapy group and 86.1% in the de-escalation group. However, estimated 5-year overall survival rates were about the same in both groups. Among PET-2-negative and -positive patients, estimated 5-year PFS rates were 93.2% and 88.1%, respectively. “In early-stage favorable HL, radiation therapy cannot be safely omitted from standard CMT without a clinically relevant loss of tumor control in patients with negative PET-2,” conclude the study authors.

Prior research has raised concerns about the cosmetic outcomes associated with partial breast irradiation (PBI), with one study finding adverse cosmetic rates to be higher in those treated with PBI than in those treated with whole breast irradiation (WBI). To compare outcomes with PBI versus WBI in women who underwent lumpectomy, researchers asked these patients and their physicians to rate the cosmetic outcomes of the procedure on the treated breast (vs the untreated breast) as excellent, good, fair, or poor at baseline, 12 months post-treatment, and 3 year post-treatment. At 3 years, reports of total satisfaction were 81% in PBI group and 86% in the WBI, while rates of “somewhat dissatisfied” were 1% and 2%, respectively and less than 1% in both groups were “totally dissatisfied” with their treatment. Treating physicians rated outcomes as comparable at 12 months but thought them to be better for WBI at 3 years, while physicians blinded to the therapy who reviewed photos of the patients’ breasts rated outcomes as equivalent at both 1 and 3 years.

Prior studies suggest that the addition of high doses of radiation to immunotherapy in some cases results in a “therapeutic synergy” in which some tumors not targeted by radiation will shrink—the “abscopal effect.” To determine if adding a high dose of radiation in just a few fractions to a single site of disease could reinvigorate the immune response in patients who progress on immunotherapy, study investigators looked for the abscopal effect in patients with non-small cell lung cancer (NSCLC) and at least two measurable tumors whose cancer progressed after pembrolizumab treatment. Among 50 patients who were immunotherapy-naïve and began pembrolizumab when the trial started, 16 experienced disease progression and were treated with stereotactic body radiotherapy (SBRT) and six had progressed on anti-PD-1 therapy at the time of enrollment in the trial and were immediately treated with SBRT. Of these 22 patients, 9.52% achieved a partial response that was sustained beyond 1 year and 47.62% achieved stable disease. Patients with elevated tumor infiltrating lymphocytes scores (2 or 3 on a 0-3 scale) showed improved progression-free survival compared with patients who had lower scores (0-1), with a mean of 215 versus 59 days, respectively.

Men should be offered hormone therapy while undergoing salvage radiotherapy (SRT) following prostate cancer surgery and subsequent biochemical recurrence, according to current treatment guideline recommendations. However, such therapy has been associated with adverse events but no overall survival benefit in those treated with early SRT. Thus, researchers conducted a secondary analysis of the study on which the guideline recommendation is based to determine if a patient’s pre-SRT PSA level could serve as a prognostic and predictive biomarker of benefit or harm from anti-androgen therapy. While overall survival was significantly improved in men with a PSA greater than 1.5 ng/mL following hormone therapy, those with a PSA level below 1.5 ng/mL experienced no significant overall survival benefit. In fact, men with PSA levels of 0.6 ng/mL were nearly twice as likely to die from non-cancer causes with the addition of hormone therapy, and between three and four time more likely to experience a combination of severe cardiac events and neurologic issues.

Cows Vs Great Whites: Which Are More Likely to Kill You? 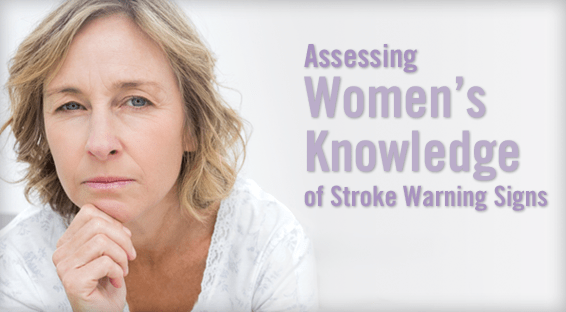