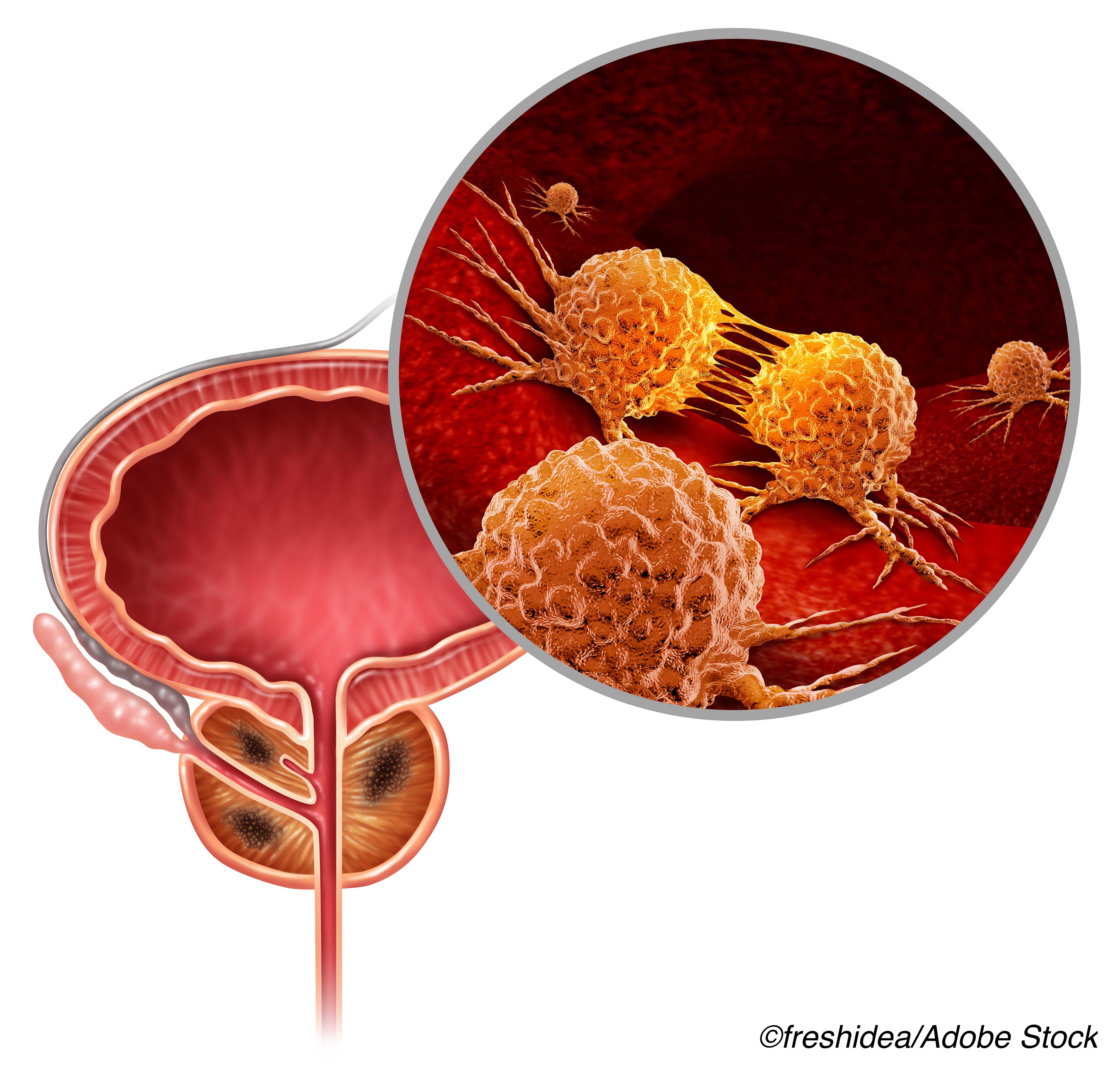 In advanced prostate cancer patients with DNA repair gene aberrations, platinum-based therapy demonstrated relevant antitumor activity, leading researchers to suggest that this treatment should be considered a viable option for these patients and that biomarker sorting of may identify those most likely to benefit from it. They published their results in JAMA Network Open.

Lead author Sabine Schmid, MD, of The Cantonal Hospital of St. Gallen, Switzerland, and colleagues explained that their study addressed a specific population of castration-resistant prostate cancer (CRPC) patients in whom the efficacy of platinum-based chemotherapy has not yet been adequately assessed in clinical trials.

“Despite significant progress in drug development for advanced prostate cancer patients in the past decade, new active compounds, ideally for molecularly selected patients, are urgently needed. Platinum-based compounds have been evaluated in clinical trials and used clinically as monotherapy or in combination with other chemotherapy agents mainly in the setting of castration-resistant disease but also in hormone-sensitive disease. A phase III clinical trial of satraplatin compared with prednisone demonstrated an improvement in progression-free survival and pain control, but no overall survival benefit was seen in unselected patients,” they wrote.

Therefore, in this case series, Schmid and fellow researchers included a cohort of 508 men (median age: 61 years) with CRPC who were specifically selected based on whether they had or did not have DNA repair gene alterations to determine the antitumor activity of platinum-based therapies.

Researchers grouped patients according to biomarker status, which accounted for the presence or absence of germline or somatic cell variations in the homologous recombination repair (HRR) pathway, and included BRCA1, BRCA2, and other genes as follows:

After patients were treated with platinum-based therapy, Schmid and colleagues observed decreases in PSA levels of at least 50% in 47.1% of patients in cohort 1 and in 36.1% of cohort 2 (P=0.20). Soft tissue responses were evidenced by 48.3% and 31.3%, respectively.

When they analyzed responses to treatment according to specific DNA repair gene aberrations, they observed different proportions of decreases in PSA levels of at least 50%. More patients with BRCA2 mutations exhibited decreases (63.9%), compared with no patients with BRCA1 mutations, 36.4% of those with ATM mutations, and 28.6% of those with other genetic mutations (P=0.02). No between-group differences in soft tissue responses.

Median overall survival (OS) was lower in patients without DNA repair gene aberrations compared with those who did have them (9.2 versus 14.1 months; P=0.20), but the difference was not statistically significant.

Schmid and colleagues did, however, find statistically significant differences in median OS when they compared patients based on specific DNA repair gene alterations. Those with BRCA2 alterations had the highest median OS, followed by ATM alterations, BRCA1 alterations, and other alterations (15.2 versus 9.3, 4.1, and 4.9 months, respectively; P=0.04). Upon multivariate analysis for OS, however, only the type of platinum-treatment remained significant (HR: 0.52; 95% CI: 0.31-0.90; P=0.01).

In comparison, 28.5% of patients in cohort 3—who had no undergone molecular profiling—had overall decreases in PSA levels of at least 50%, and 20.5% had soft tissue responses. Median OS among these patients was 10.0 months. Notably, these measures were lower patients who had undergone no genetic profiling compared with those with DNA repair gene aberrations, but higher than or similar to those in patients with no DNA repair gene aberrations.

Study limitations include its retrospective nature, no formal review process, patient selection based on the use of platinum-based chemotherapy, and the non-standardization of local assays used to assess DNA repair gene aberrations.

“In this multicenter international case series, platinum-based treatment was associated with promising activity in a biomarker-preselected population of patients with CRPC and DNA repair gene aberrations. These results need prospective validation, which hopefully will be provided from the currently recruiting trials in molecularly selected prostate cancer populations. Based on our analysis, platinum-containing therapy should be considered in patients with DNA repair gene aberrations, especially if access to a PARP inhibitor is not available,” concluded Schmid and fellow researchers.

Authors of the accompanying editorial are hopeful that these results will pave the way for future research, and noted the commonality between CRPC and triple-negative breast cancer.

“The findings by Schmid et al generate hypotheses for ongoing prospective studies. We suggest that an analogy to triple-negative breast cancer (TNBC) reveals shared genomic pathways, provides a roadmap to test those hypotheses, and that comprehensive molecular characterizations will reveal not only variations but also pathways or circuits that drive phenotype and response or resistance to therapy,” wrote Milli Arora, MD, and Frederick J. Meyers, MD, both of the University of California Davis School of Medicine, Sacramento, California.

“Comprehensive sequencing of human cancers is confirming that view and revealing that seemingly disparate malignant neoplasms may be more similar than not, as exemplified by the many cancers that share HRR pathway disruptions. Clinical trials guided by molecular signatures will refine the prediction of response or resistance in cohorts and individuals,” they concluded.

Schmid has received support from AstraZeneca, Bristol Myers Squibb, and Takeda and has received travel support and served on the advisory boards of Merck Sharp and Dohme and Boehringer Ingelheim.

Arora and Meyers reported no conflicts of interest.