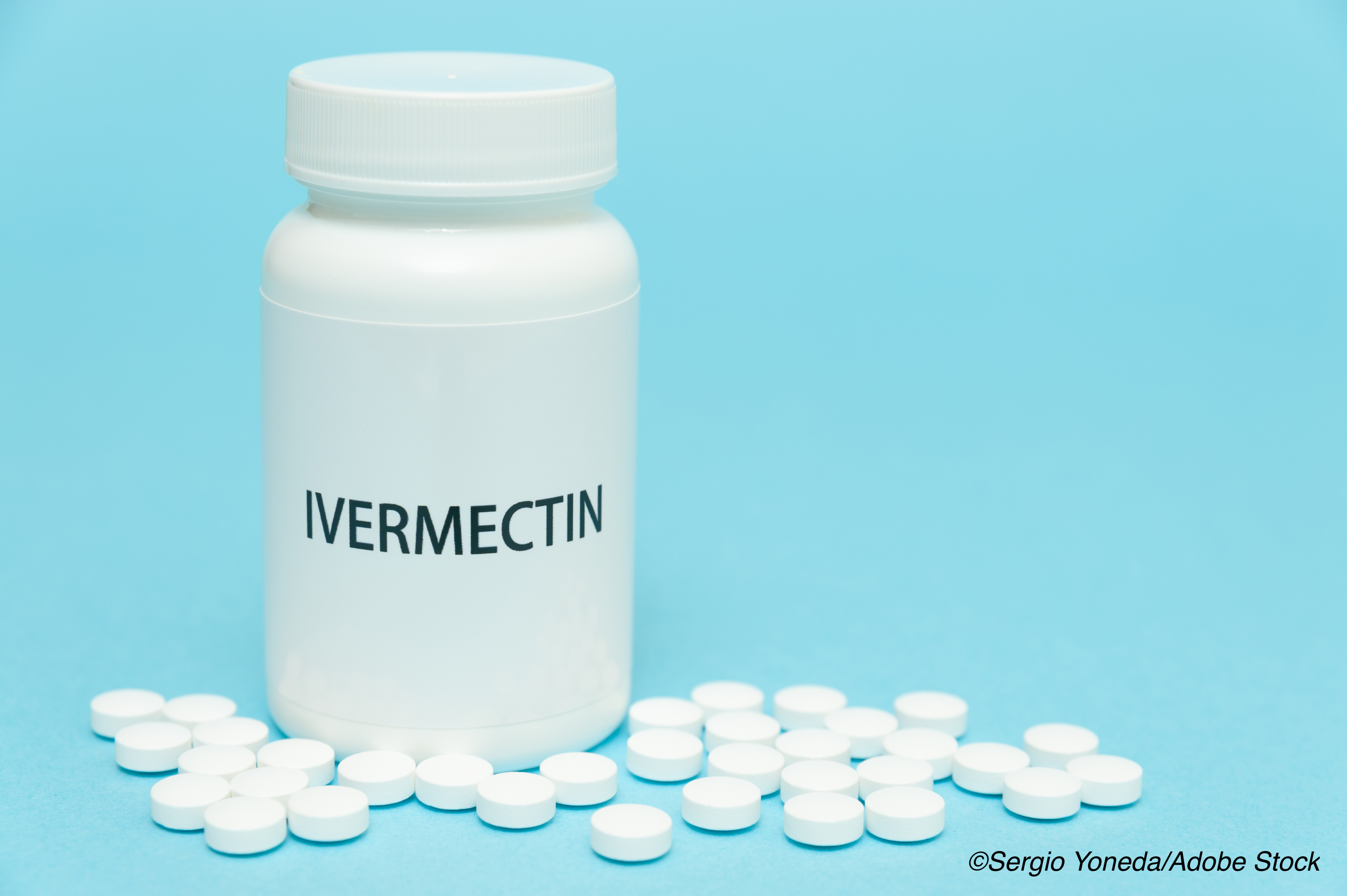 Adults with mild Covid-19 who took a five-day course of the anti-parasite, tropical disease drug ivermectin showed no significant reduction in time to symptom resolution compared to patients taking placebo in a randomized, single-site clinical trial from Columbia.

The median time to symptom resolution among the 400 randomized patients (median age 37 years, 58% female) was 10 and 12-days in the ivermectin and placebo groups, respectively.

Researchers concluded that the study findings do not support the use of ivermectin for the treatment of mild Covid-19, but they added that larger trials may be needed to determine if the drug has efficacy for outcomes other than time to symptom resolution.

The findings were published online March 4 in JAMA by Eduardo Lopez-Medinia, MD, and colleagues from the Estudios en Infectologia Pediatrica, Cali, Columbia.

Interest in ivermectin as a treatment for Covid-19 grew after an in vitro study showed that treating SARS-CoV-2 infected cells with the drug in culture elicited a roughly 5,000-fold reduction in viral RNA within 48 hours.

The drug, which is commonly used in veterinary medicine to de-worm horses, came to the public’s attention after a group of critical care workers who formed the Front Line Covid-19 Critical Care Alliance (FLCCC) at the start of the pandemic began promoting it on its website as a treatment for Covid-19.

The group had previously promoted the controversial use of vitamin C as a treatment of sepsis.

American Association of Poison Control Centers President Julie Weber told ABC News that there were documented cases of people obtaining the drug through their veterinarians and taking the horse-sized doses.

Several countries have included ivermectin in their treatment guidelines for Covid-19.

In the U.S., the National Institutes of Health recently concluded that the data are insufficient to recommend for or against the use of ivermectin for the treatment of Covid-19, backing off earlier guidance warning that the drug should not be used for this purpose.

In a press statement published last December, the FDA warned against using the drug as a treatment for Covid-19.

The newly published randomized trial included patients with mild Covid-19 symptoms with a duration of seven days or less at recruitment who were either receiving treatment at home or in the hospital.

They were randomized to receive ivermectin, 300 μg/kg of body weight per day for five days (n=200) or placebo (n=200), and primary outcome was time to symptom resolution within a 21-day follow-up period. Information was also collected on solicited adverse events and serious adverse events.

The researchers noted that the failure to show a clinical benefit contrasts with a previously published retrospective study which, using logistic regression and propensity matching, showed a single 200 μg/kg dose of ivermectin to improve survival in patients hospitalized with Covid-19.

“The contrast with the findings in this trial may be related to differences in patient characteristics, exposures and outcomes that were measured, or unmeasured confounders in the observational study,” Lopez-Medina et al wrote. “To our knowledge, preliminary reports of other randomized trials of ivermectin as a treatment for Covid-19 with positive results have not yet been published in peer-reviewed journals.”

The researchers noted that the study was sufficiently powered to detect faster resolution of symptoms in patients soon after symptom onset, with no significant benefit seen.

“However, the study population was relatively young, with few comorbidities and with liver enzyme levels less than 1.5 times the normal level, so the findings may be generalizable only to such populations,” they wrote.

They also noted that while their findings did not support the use of ivermectin as a treatment for Covid-19, “larger trials may be needed to understand the effects of ivermectin on other clinically relevant outcomes.”

Funding for this reseawrch was provided by the Centro de Estudios en Infectologia Pediatrica.