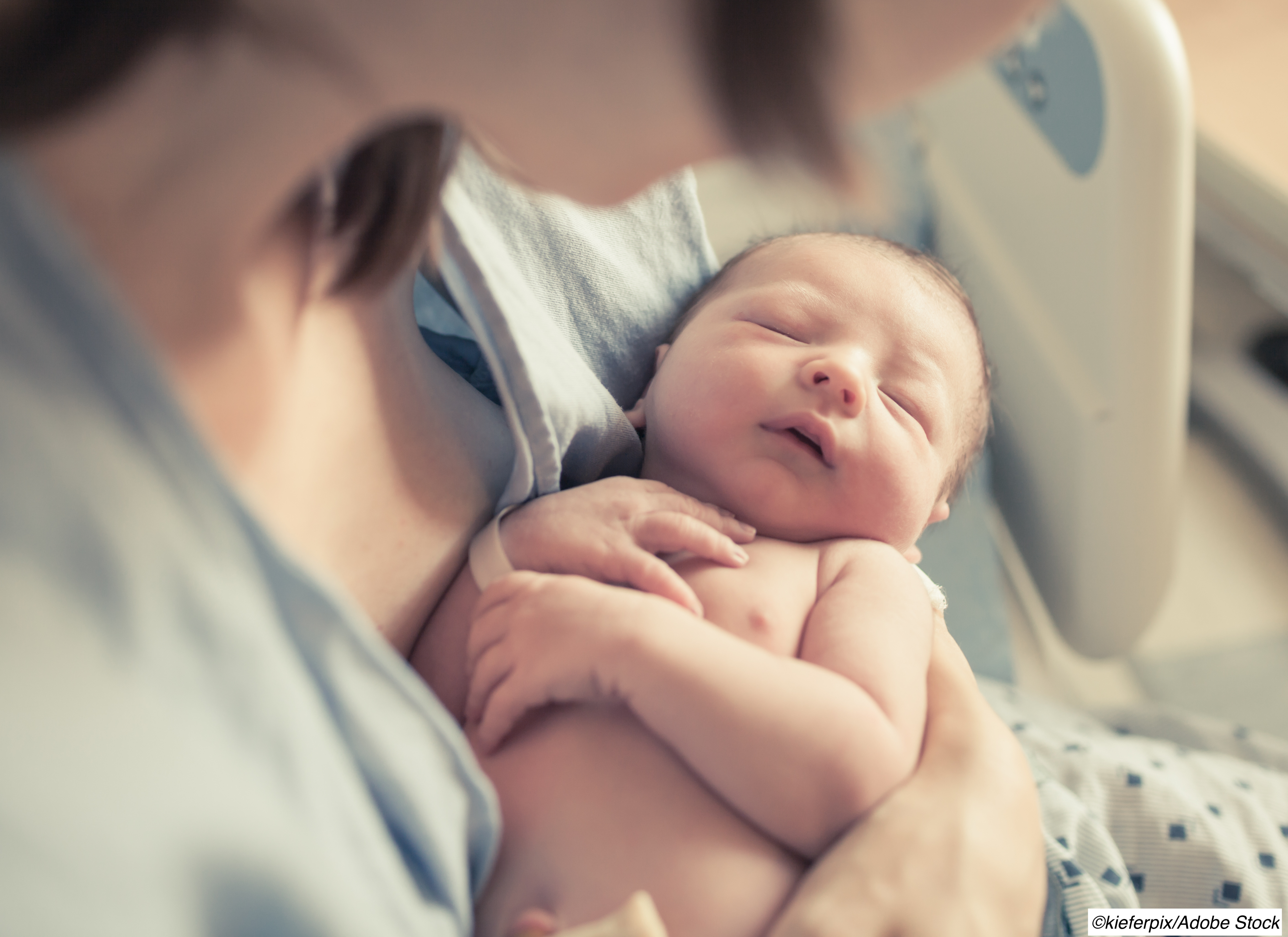 But no signal linking development to in utero exposure

Birth during the Covid-19 pandemic, but not in utero exposure to maternal SARS-CoV-2 infection, was associated with neurodevelopmental differences at age 6 months, a cohort study found.

Among 255 infants born between March and December 2020, there was no significant difference in any 6-month developmental measure between infants with (n=114) and without (n=141) in utero exposure to maternal SARS-CoV-2 infection, reported Dani Dumitriu, MD, PhD, of Columbia University in New York City, and colleagues in JAMA Pediatrics.

“We were surprised to find absolutely no signal suggesting that exposure to Covid while in utero was linked to neurodevelopmental deficits. Rather, being in the womb of a mother experiencing the pandemic was associated with slightly lower scores in areas such as motor and social skills, though not in others, such as communication or problem-solving skills. The results suggest that the huge amount of stress felt by pregnant mothers during these unprecedented times may have played a role,” she added.

“These were not large differences, meaning we did not see a higher rate of actual developmental delays in our sample of a few hundred babies, just small shifts in average scores between the groups,” Dumitriu continued. “But these small shifts warrant careful attention because at the population level, they can have a significant public health impact. We know this from other pandemics and natural disasters.”

Findings were based on participants in the Covid-19 Mother Baby Outcomes (COMBO) study. Median gestational age at birth of the pandemic-born cohort was 39.1 weeks, born to women with mean age of 32.

Though no association of maternal infection with 6-month developmental outcomes was seen within the group of pandemic-born infants, researchers did find worse gross motor, fine motor, and personal/social behavior scores in a subset of the overall pandemic-born infants who had term births and no intensive care unit admission (n=227) compared with a historical cohort (n=62) born between November 2017 and January 2020. (Preterm infants and term infants admitted to the neonatal intensive care unit were excluded to match the sample characteristics of the historical cohort.)

“The observed association between birth during the pandemic and neurodevelopmental status, regardless of maternal SARS-CoV-2 status, suggests a potential pathway involving maternal pandemic-related distress that warrants future investigation,” Dumitriu and colleagues wrote.

Viral illness has previously been associated with developmental deficits, including the 1918 influenza epidemic, which was linked to lower child educational level attainment and adult socioeconomic status, and HIV infection.

While transmission of SARS-CoV- 2 from mother to fetus is rare, data from recent human coronavirus outbreaks suggest that severe maternal infection during pregnancy affects both maternal and infant outcomes, possibly as consequences of maternal stress exposure and immune activation, including an interaction between IL-6, which is elevated in pregnant women with SARS-CoV-2 infection and correlates with severity of disease and offspring salience networks.

“Although the severity of SARS-CoV-2 infection during pregnancy is correlated with interleukin 6 levels, our analysis did not reveal an association between severity and ASQ-3 scores,” Dumitriu and co-authors noted.

“Similarly, early gestational exposure is most likely to be associated with adverse neurodevelopmental outcomes,” they added. “Given that only 25 maternal SARS-CoV-2 infections (8 imputed) in our sample occurred in the first trimester, our results provide limited power for detecting an association between infection at this early time point and neurodevelopment.”

Dumitriu and co-authors noted acknowledged that the outcome—parental perception of development—did not include objective measures, and noted that most cases of Covid-19 in the study were of mild or asymptomatic severity.

“Although we used fully adjusted models and conducted a number of sensitivity analyses to check the robustness of our results, additional unmeasured confounders and modifiers might have been present,” the researchers added. “Observed differences in the characteristics of approached versus enrolled participants are suggestive of such potential biases, pointing to the need for additional research.”

In addition, prior evidence has suggested that infants born to women with SARS-CoV-2 infection are often preterm. A limitation of this study is that preterm pandemic-born infants were excluded from the comparison with infants in the historic cohort, which may have influenced findings.

Dumitriu reported receiving grants from the National Institute of Mental Health and the CDC during the conduct of the study and personal fees for lectures and round-table discussions from Medela.