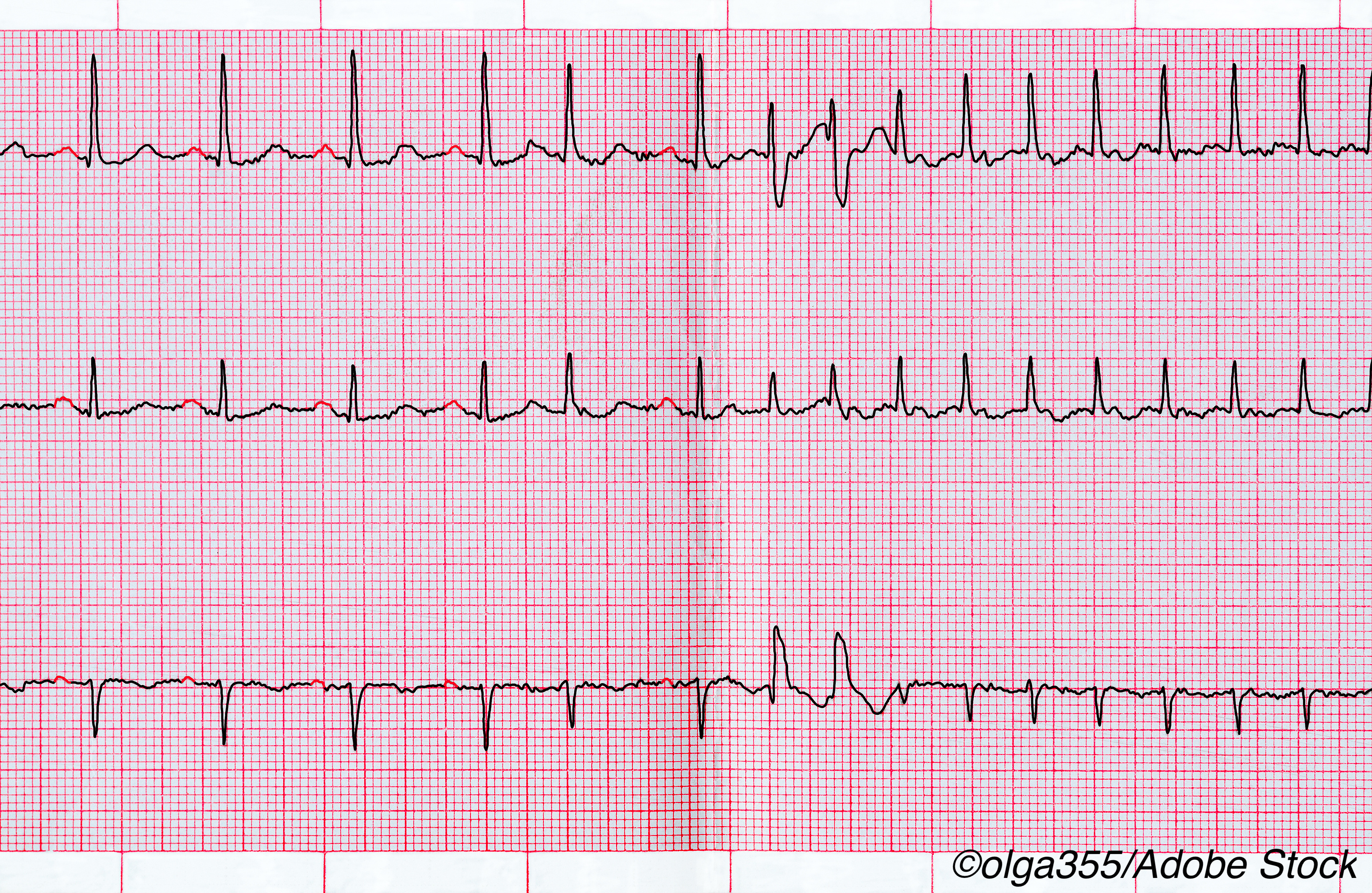 Among Covid-19 patients admitted to a large academic hospital, those admitted to ICUs were 10 times more likely than other patients hospitalized for the novel coronavirus to suffer cardiac arrest or heart rhythm disorders, researchers reported.

The analysis of outcomes among 700 Covid-19 patients treated at the Hospital of the University of Pennsylvania from mid-March to early-May were published June 22 in the Heart Rhythm Society publication Heart Rhythm Journal.

In an interview with BreakingMED, Rajat Deo, MD, one of the authors of the study, explained that based on the findings, it appears that the increased prevalence of new arrhythmias and cardiac arrest reported in various Covid-19 cohort studies are due to systemic illness and not solely due to infection with the SARS-CoV-2 virus.

He noted that one of the earliest reports from Wuhan, China, published in JAMA, showed a 17% incidence of cardiac arrhythmias in patients hospitalized with Covid-19 and a 44% incidence among Covid-19 patients admitted to ICUs.

Another early report highlighted an increase in out-of-hospital cardiac arrest cases occurring in Italy during the Covid-19 outbreak in that country, occurring primarily in areas with a high burden of disease.

Deo said these reports led to the tracking of cardiac arrest and arrhythmia among patients hospitalized with Covid-19 at the large, academic hospital in an effort to better understand the role of SARS-CoV-2 infection in cardiac injury.

The finding of a strong correlation between Covid-19 illness severity and cardiac arrest and arrhythmia suggests that factors such as systemic infection, inflammation, and other factors associated with severe illness contribute more to these cardiac outcomes than viral infection.

“Those people who are extremely ill from Covid-19 have a higher risk for arrhythmia and cardiac arrest, but this risk likely results from being severely ill,” he said.

Deo and colleagues reviewed Covid-19 cases admitted to the academic center during the 9-week period between early-March and mid-May, identifying cases of cardiac arrest, arrhythmia and in-patient mortality.

“The slightly higher rate in New York may be explained by combination treatment with hydroxychloroquine and azithromycin — medications that result in QT prolongation and independently increase the risk of cardiac arrest,” the researchers wrote.

Nearly all the cardiac arrests in the study population included non-shockable rhythms such as PEA or asystole.

The researchers did not observe the burden of sustained ventricular fibrillation or ventricular tachycardia reported in early studies from Wuhan, China.

“Our findings support that non-cardiac causes such as systemic infection, inflammation and illness are likely to contribute more to the etiology of cardiac arrest than direct myocardial infection with or necrosis due to the viral infection,” they concluded. “Further support is also provided by our study’s non-ICU population of 621 patients, who had a much lower rate of acute mortality.”

Funding for this study was provided by the Winkelman Family Fund in Cardiovascular Innovation. The researchers declared no relevant relationships with industry related to this study.