Modeling study also estimates that 40,600 lives were saved over a 16-day period 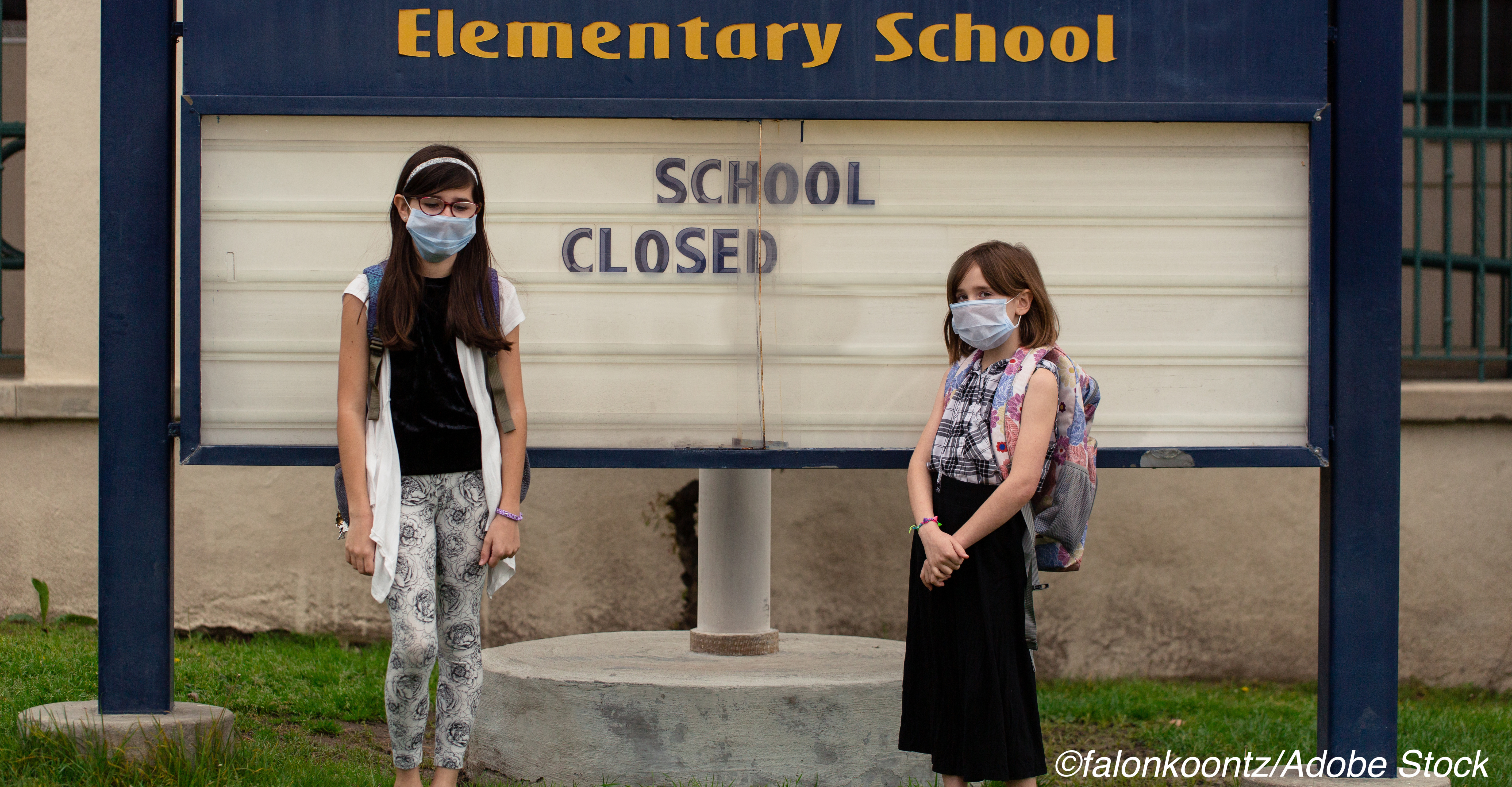 School closures in the United States last Spring were associated with significant declines in Covid-19 incidence and death from the disease, according to a population-based time series analysis of data from all 50 states.

Between March 9 and May 7, school closure was associated with a −62% relative change in Covid-19 incidence per week, corresponding to a reduction in an estimated 424 cases per 100,000.

Modeling based on the analysis estimated that school closures may have been associated with 1.37 million fewer cases of Covid-19 nationwide over a 26-day period and 40,600 fewer deaths over a 16-day period during the Spring.

The study findings were published online July 29 in JAMA, as state and local officials continue to wrestle with the question of whether their school systems can safely reopen in the coming weeks.

The Trump administration has pressed for full reopening of the nation’s schools in the Fall, with the president only recently acknowledging that some schools in Covid-19 hot spots may need to delay on-site classes. On Tuesday, one of the country’s largest teachers unions authorized its members to strike due to unsafe working conditions if adequate Covid-19 prevention safeguards are not put in place before schools reopen.

The 1.7-million member American Federation of Teachers (AFT) reportedly called for classes to remain remote only in areas where SARS-CoV-2 transmission rates remain above 1% and average daily test positivity rates remain above 5%.

As of Wednesday, 21 states were identified as Covid-19 “red zone” states by federal officials, meaning that new cases were above 100 per 100,000 population during the previous week.

The National Academies of Sciences, Engineering, and Medicine (NASEM) recently weighed in on school reopening in a report calling on school officials to prioritize reopening schools full time, especially for younger children (grades K-5) and those with special needs. NASEM officials also called for federal and state funding to ensure that schools have adequate resources to keep children and adults safe.

While the writing committee noted that less than 5% of reported cases of Covid-19 have occurred among children younger than 18 years, they concluded that the evidence remains insufficient “to determine how easily children and youth contract the virus and how contagious they are once they do.”

“These myriad decisions facing education leaders and state and local policy makers are made more difficult by gaps in the evidence base related to Covid-19,” NASEM writing committee member Kenne A. Dibner, PhD, and colleagues, wrote in JAMA.

“Currently there is no scientific consensus on the role of children in transmitting Covid-19 either to one another or to adults. Better evidence on this point would offer much needed guidance for decision makers,” they wrote.

Dibner and colleagues argued that gaining a better understanding of the impact of reopening schools on Covid-19 transmission must be a research priority in the coming months.

In their newly published analysis, Katherine Auger, MD, of Cincinnati Children’s Hospital, and colleagues tracked Covid-19 incidence and death in all 50 states following pandemic-related school closures last Spring, finding that all school systems in the U.S. ceased in-person classes during a 10-day period between March 13 and March 23.

Their population-based time series analysis, conducted between March 9 and May 7, allowed for at least 6 weeks of data collection after school closure in each state. States were examined in quartiles based on state-level Covid-19 incidence per 100,000 residents at the time of school closure. Models were used to derive the estimated absolute differences between schools that closed and schools that remained open and the estimated cases and deaths if states had closed schools when cases were in the lowest versus highest quartile of Covid-19 incidence.

Auger and colleagues wrote that the findings “complement evolving evidence on the role of children in the transmission of SARS-CoV-2.”

“Recent studies suggest school closure may have only modest effects on COVID-19 deaths,” they wrote. “School closure in this study was associated with a −62% relative change in Covid-19 incidence per week. A decline of 62% was equivalent to 39% of the projected value with schools open. So, per week, the incidence was estimated to have been 39% of what it would have been had schools remained open.”

They wrote that “the harms associated with school closures are profound.”

“A key challenge is that these other outcomes are likely more diffuse, accrue over a longer time horizon, may have consequences that last decades, and are more difficult to count than Covid-19 outcomes, including cases, hospitalizations, and deaths, which are measured in real time and are widely reported,” they added.

Donahue and Miller wrote that the decision to reopen schools for on-site learning during the fall of 2020 “is among the greatest challenges that the U.S. has faced in generations.”

“This decision will have life-long implications for millions of children and their families. In many parts of the country this has become a contentious issue, with children, their families and teachers expressing strong opinions about what is best for them,” they wrote. There has rarely been a more important time for open discussion and collaboration with a goal of reaching consensus on reopening schools, while protecting the health and well-being of students and educators during the Covid-19 pandemic.”

Funding for the study by Auger et al. was provided by Agency for Healthcare Research and the National Center for Advancing Translational Sciences, National Institutes of Health.

Funding for the NASEM report was provided by the Brady Education Foundation and the Spencer Foundation.

All researchers and the editorial writers reported no relevant relationships with industry related to the submitted work.