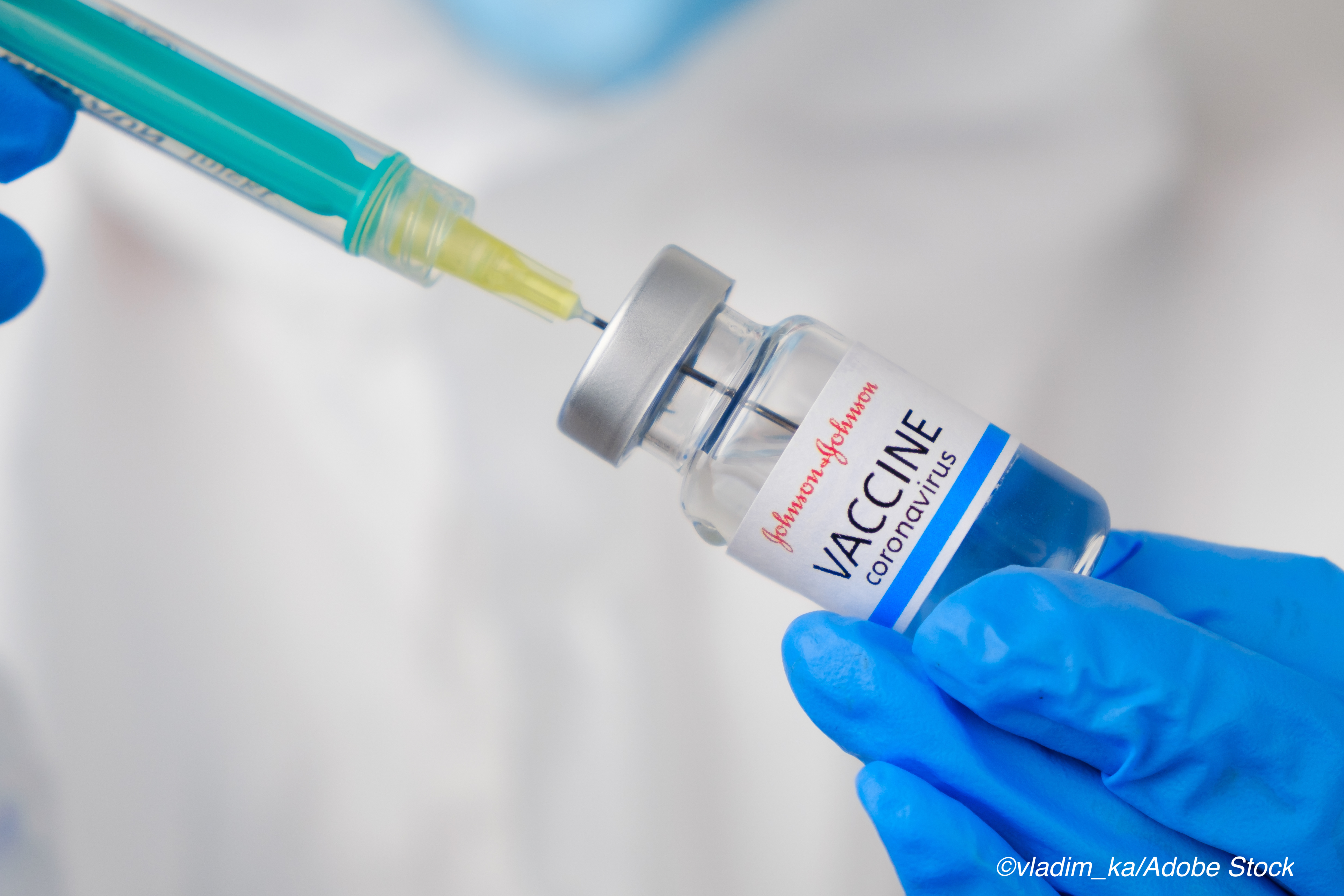 The FDA updated the prescribing information for Johnson & Johnson’s single-shot Covid-19 vaccine, Ad26.COV2.S, to add a warning regarding the possible increased risk of Guillain-Barré syndrome among patients who receive the shot.

“Reports of adverse events following use of the Janssen Covid-19 Vaccine under emergency use authorization suggest an increased risk of Guillain-Barré syndrome during the 42 days following vaccination,” the updated label reads.

To date, the federal Vaccine Adverse Event Reporting System (VAERS) has received 100 reports of the rare syndrome following vaccination with Ad26.Cov2.S—to date, 95 cases resulted in hospitalization, and one proved fatal. The event is generally reported two weeks after vaccination, primarily in men 50 years of age or older. While there is not yet evidence to definitively prove that the vaccine is responsible for the condition, the FDA will continue to monitor these reports.

The cause of Guillain-Barré syndrome—a rare condition in which the immune system attacks the body’s nerve cells and cause muscle weakness and paralysis—is not currently known, though the condition has been known to follow a few weeks after other illnesses or infections, such as the flu, Zika virus, and gastrointestinal infections—not to mention Covid-19. And, while the symptoms often fade within a few weeks, the syndrome has the potential to cause permanent nerve damage and paralysis.

Ad26.COV2.S is far from the first vaccine to be linked to Guillain-Barré—back in 1976, there was a small uptick in cases following swine flu vaccination, totaling roughly one additional case of Guillain-Barré per 100,000 people vaccinated, according to the CDC. The seasonal flu shot is also sometimes linked to the syndrome, though the CDC noted that when there has been a case increase, “it has consistently been in the range of 1-2 additional [Guillain-Barré syndrome] cases per million flu vaccine doses administered.” More recently, in March of this year, the FDA found a possible link between the syndrome and receipt of the shingles vaccine (Shingrix), requiring a similar update to the shot’s prescribing information.

To date, it is unclear why some vaccines lead to an uptick in Guillain-Barré. “We don’t really understand the biological mechanism,” Daniel Salmon, PhD, director of the Institute for Vaccine Safety at Johns Hopkins University, told The New York Times. “It’s an incredible frustration.”

However, he added that the benefits of the vaccine still outweigh the risk.

“Everything has risks,” Salmon said. “And the key to decision-making is to optimize the benefits and reduce the risks… Covid is a pretty nasty disease that’s killed 600,000 people.”

Anthony Fauci, MD, director of the National Institute of Allergy and Infectious Diseases and chief medical advisor to the president, came to a similar conclusion.

So far, the FDA noted, there have not been data to suggest a similar link between Guillain-Barré syndrome and the two mRNA Covid-19 vaccines, BNT162b2 and mRNA-1273, manufactured by Pfizer/BioNTech and Moderna, respectively.

In a statement on the potential side effect, Johnson & Johnson wrote that any adverse event report related to the vaccine “is shared with the U.S. Food and Drug Administration, the European Medicines Agency, the World Health Organization and other health authorities around the world where our vaccine is authorized. We strongly support raising awareness of the signs and symptoms of rare events to ensure they can be quickly identified and effectively treated.”

This is not the first setback for the beleaguered AD26.COV2.S vaccine. Use of the vaccine was temporarily halted earlier this year following reports of blood clots and thrombocytopenia among recipients of the shot, though the FDA and CDC later lifted the pause after a review of the safety data revealed that the side effect was rare and potentially treatable. The vaccine also saw a major manufacturing delay after workers at a Baltimore manufacturing plant botched as many as 15 million doses, an issue that later launched an FDA investigation.

And, while there has not been any data to suggest a link between Guillain-Barré and the two mRNA Covid-19 vaccines, BNT162b2 and mRNA-1273, those vaccines have encountered problems of their own—in late June, the CDC’s Advisory Committee on Immunization Practices concluded that there is a “likely association” between vaccination with either mRNA-based vaccine and rare cases of myocarditis and pericarditis in adolescents and young adults.