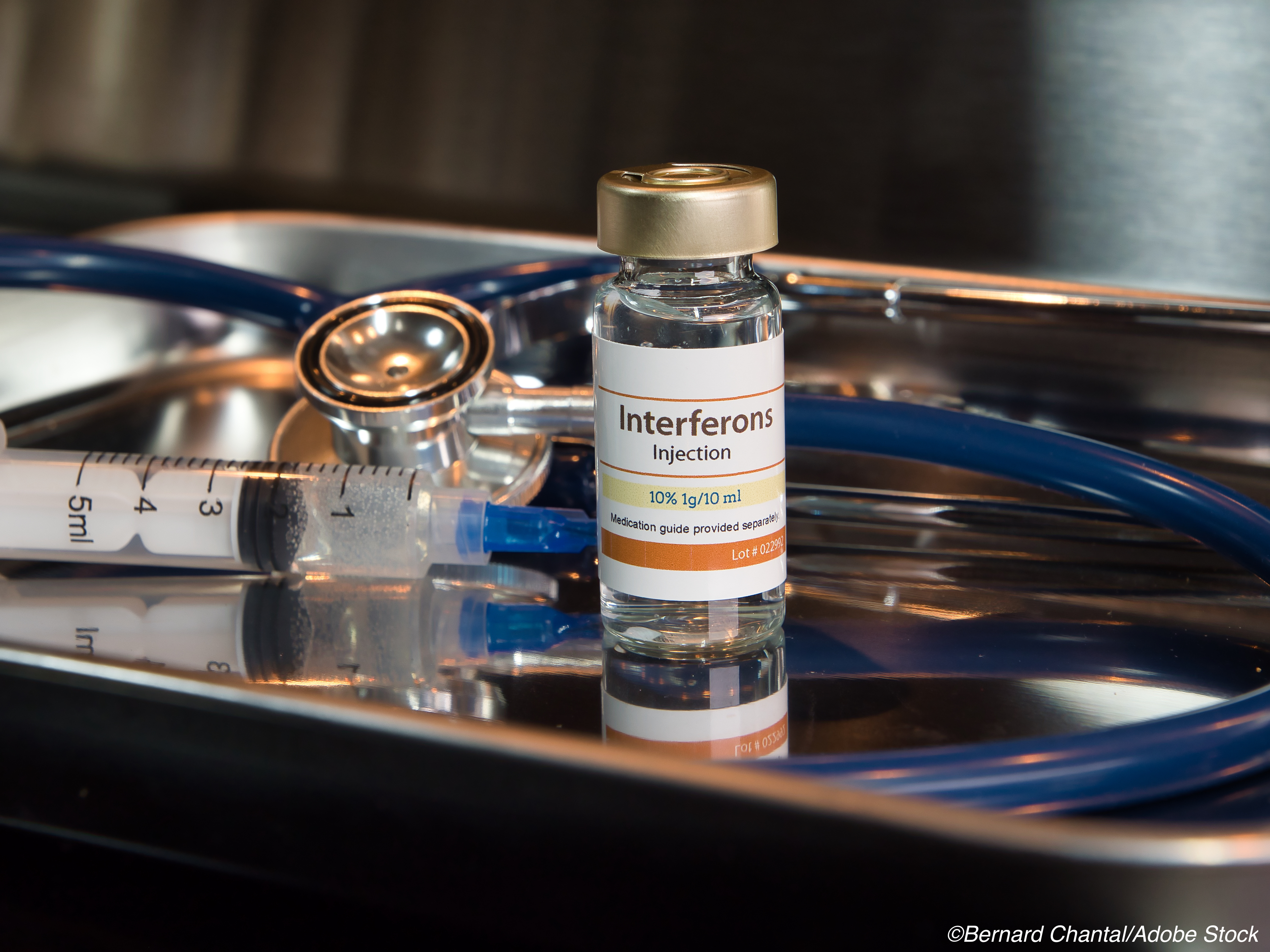 Adding interferon (IFN) beta-1a injections to treatment with remdesivir did not improve outcomes in patients hospitalized with Covid-19 and was associated with worse outcomes compared to remdesivir alone in patients requiring high-flow oxygen in the ACTT-3 study.

Patients enrolled in the randomized, double-blind, phase III study were randomized to receive up to four doses of either subcutaneous interferon beta-1a or placebo, in addition to remdesivir, administered every other day.

Median time to recovery in both groups was five days, and no statistically significant difference in mortality was reported at day 28 in the trial, which included close to 1,000 patients treated at 63 hospitals in five countries.

Although preliminary data from smaller studies suggested a benefit for injections of interferon beta-1a in the treatment of patients hospitalized with Covid-19 receiving antiviral therapies, ACTT-3 researcher Andre Lalil, MD, of the University of Nebraska Medical Center, Omaha, and colleagues, concluded that interferon beta-1a is “not advised” for this patient population.

“Our study does not inform on the efficacy of interferon beta-1a in patients with early-stage or mild disease, who do not require hospitalization, nor on the effect of interferon beta-1a without concomitant use of steroids,” they noted in Lancet Respiratory Medicine. “IFN is suppressed early in SARS-CoV-2 infection, and early treatment could still be beneficial and needs to be evaluated in rigorous studies. Other routes of interferon administration, such as inhaled or intravenous, have been reported to have different mechanisms of action, therefore, our findings should not be extrapolated beyond the subcutaneous route.”

Patients not requiring high-flow oxygen at baseline were more likely to have at least one related adverse event in the interferon beta-1a plus remdesivir group (7% versus 3%).

The researchers noted that of the five previously reported, open-label, randomized trials evaluating interferon beta as a treatment for patients hospitalized with Covid-19, three of the studies suggested efficacy for the therapy.

“There are several potential reasons for the results of these trials differing from those of ACTT-3,” they wrote. “First, the mechanism of action of interferon is to decrease viral replication. ACTT-3 evaluated interferon beta-1a in combination with remdesivir, which is an effective antiviral; therefore, interferon might not have had additional antiviral effects.”

In addition, the researchers noted that trial design differences could have impacted the trial results.

In commentary published with the study, respiratory medicine specialist Tom Wilkinson, MBBS, PhD, of the University of Southhampton, Southhampton, U.K., wrote that unlike the previous trials, patients receiving interferon beta-1a and remdesivir in ACTT-3 had a higher risk for adverse events, “and a greater proportion of patients who required high-flow oxygen at baseline had adverse events after treatment with interferon beta-1a compared with those given placebo.”

Wilkinson noted that despite the “potential efficacy signals from earlier studies and a plausible biological rationale for interferon beta treatment for Covid-19,” the ACTT-3 study showed no efficacy signals.

“This observation is a common narrative in recent Covid-19 trials, whereby small, early, uncontrolled studies which show hopeful signals of benefit are not subsequently replicated in more definitive, larger scale, and later phase studies,” Wilkinson wrote. “In each case, dissecting the reasons for these inconsistent findings will be key to evolving our understanding of the disease and treatment response.”

Wilkinson wrote that the scale, design, and use of a placebo control in ACTT-3 “mitigates this finding being an aberrant result and, consequently, there appears to be no future for subcutaneous interferon beta therapy in hospitalized patients with Covid-19.”

“The urgent need to develop better therapies for Covid-19 remains, and learning from negative trials such as this are important,” Wilkinson concluded. “Questioning current treatment strategies and the standards of care included when trials are designed will be key not only to identify efficacious therapies but also to ultimately define an optimized treatment plan for a disease that might continue to be prevalent for years to come.”

The ACTT-3 trial received primary funding from the U.S. National Institute of Allergy and Infectious Diseases, with additional funding provided by the governments of Japan, Mexicoand Singapore. The researchers declared no relevant disclosures. Commentary writer Tom Wilkinson reported being a founder, director and shareholder in “my mhealth,” and receiving research and other fees from AstraZeneca, GlaxoSmithKline and others.