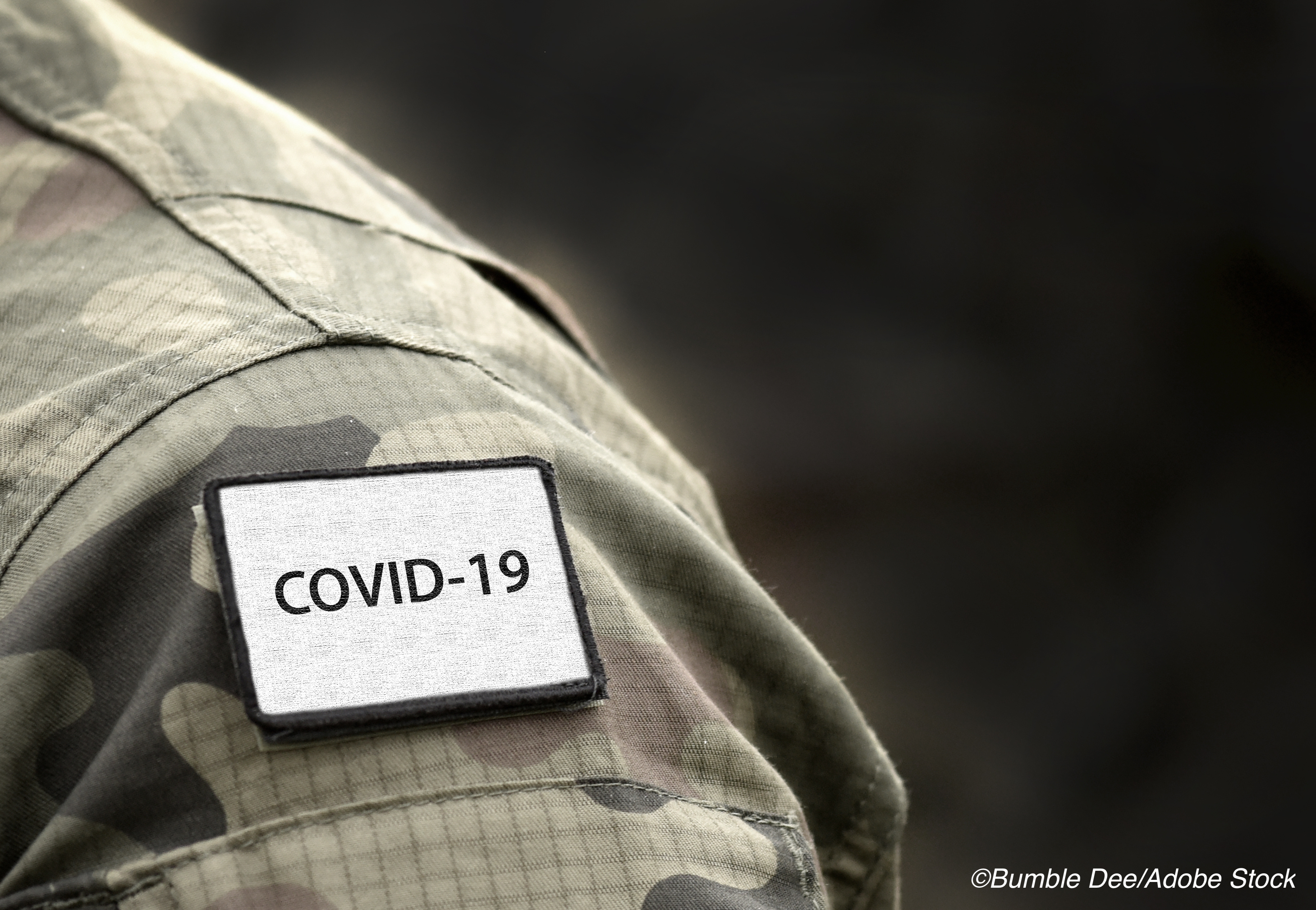 More than three-quarters (77%) of the 1,271 crew members infected with SARS-CoV-2 during the outbreak on the aircraft carrier U.S.S. Theodore Roosevelt from late March through mid-May were asymptomatic at the time they tested positive, and almost half never developed symptoms, researchers reported.

Twenty-three of the infected personnel on the ship, which had a crew of 4,779, were hospitalized with Covid-19, and one Covid-19 related death was reported.

The demographic study of the widely publicized aircraft carrier outbreak and a separate analysis of a SARS-CoV-2 identification and mitigation strategy for new recruits by the U.S. Marine Corps were published online Nov. 11 in New England Journal of Medicine.

In the Marine study , just 2% of quarantined new recruits at Parris Island, South Carolina, who had previously tested negative at the beginning of a 2-week quarantine and 2% of recruits with unknown prior status tested positive for SARS-CoV-2 at day 14.

The U.S.S. Theodore Roosevelt outbreak made national news in late March, when an email from the aircraft carrier’s commanding officer pleading for help became public.

Captain Brett Crozier was relieved of the carrier’s command soon after by acting Navy Secretary Thomas Modly, but Modly resigned over the incident a week later.

The outbreak occurred between March 23 and May 18, with 26.6% of the total crew testing positive for SARS-CoV-2 during this period, according to the demographic analysis conducted by Matthew R. Kasper, PhD, of the U.S. Navy Bureau of Medicine and Surgery, and colleagues.

The crew members were mostly young adults (mean age, 27 years) and they were in general good health. Sixty-nine percent were younger than 30 years of age, and no crew member was older than age 65. All were up to date with immunizations.

A total of 978 infected crew members (76.9%) with confirmed SARS-CoV-2 infection had no symptoms when they tested positive and 55% had symptoms develop at any time during their clinical course.

Headache was the most commonly reported symptom (68%) among those reporting symptoms, followed by cough (59.5%), nasal or sinus congestion (43.8%) and altered sense of taste or smell (42.3%).

Crew members working in tighter spaces, such as engine rooms, appeared to have more confirmed or suspected Covid-19, compared to those who predominantly worked in less confined spaces.

“Members of the medical department, who wore personal protective equipment when evaluating crew members, had a somewhat lower attack rate (16.7%) than the overall crew, despite being at highest risk as a result of exposure to patients with Covid-19 in a small space,” Kasper and colleagues wrote.

The patient who did not survive died due to Covid-19 related cardiovascular complications.

Following the U.S.S. Theodore Roosevelt outbreak the Navy has adopted new Covid-19 mitigation policies, including pre-boarding quarantine measures, routine rRT-PCR testing, and reducing shore leave in foreign ports. These policies along with mask use, social distancing and aggressive ship cleaning, have made possible the deployment of multiple ships without another serious outbreak, wrote Kasper and colleagues.

“The concept of creating virus-free ’bubbles’ is a strategy the Navy has used and has been mirrored by the National Basketball Association and Major League Soccer to enable competition while minimizing risk of player exposure,” they wrote. “It is unlikely that this strategy is practical for all employers, much less the general population; however, creating bubbles or cohorts for select populations may be achievable.”

Five of 51 (9.8%) recruits who tested positive at any time had symptoms in the week before a positive qPCR test.

In an editorial accompanying the studies, Nelson L. Michael, MD, PhD, of Walter Reed Army Institute of Research, Silver Springs, Maryland, wrote that the mitigation approaches outlined in the Navy and Marine studies “can be applied, with varying degrees of relevance, to land-based shared living situations such as college dormitories, prisons, and residential care facilities, as well as sports training environments, meat-processing facilities, and isolated energy plants.”

“Additional studies are needed to understand the durability of natural immunity and the durability of immunity from vaccinations or passive immunotherapy when data are available,” Michael wrote…”Only the scientific analysis of the epidemiology of infection in such shared living environments with these new diagnostic preventive, and therapeutic interventions will allow for sound policy decisions in the response to the Covid-19 pandemic as well as subsequent pandemics of respiratory viruses to come.”