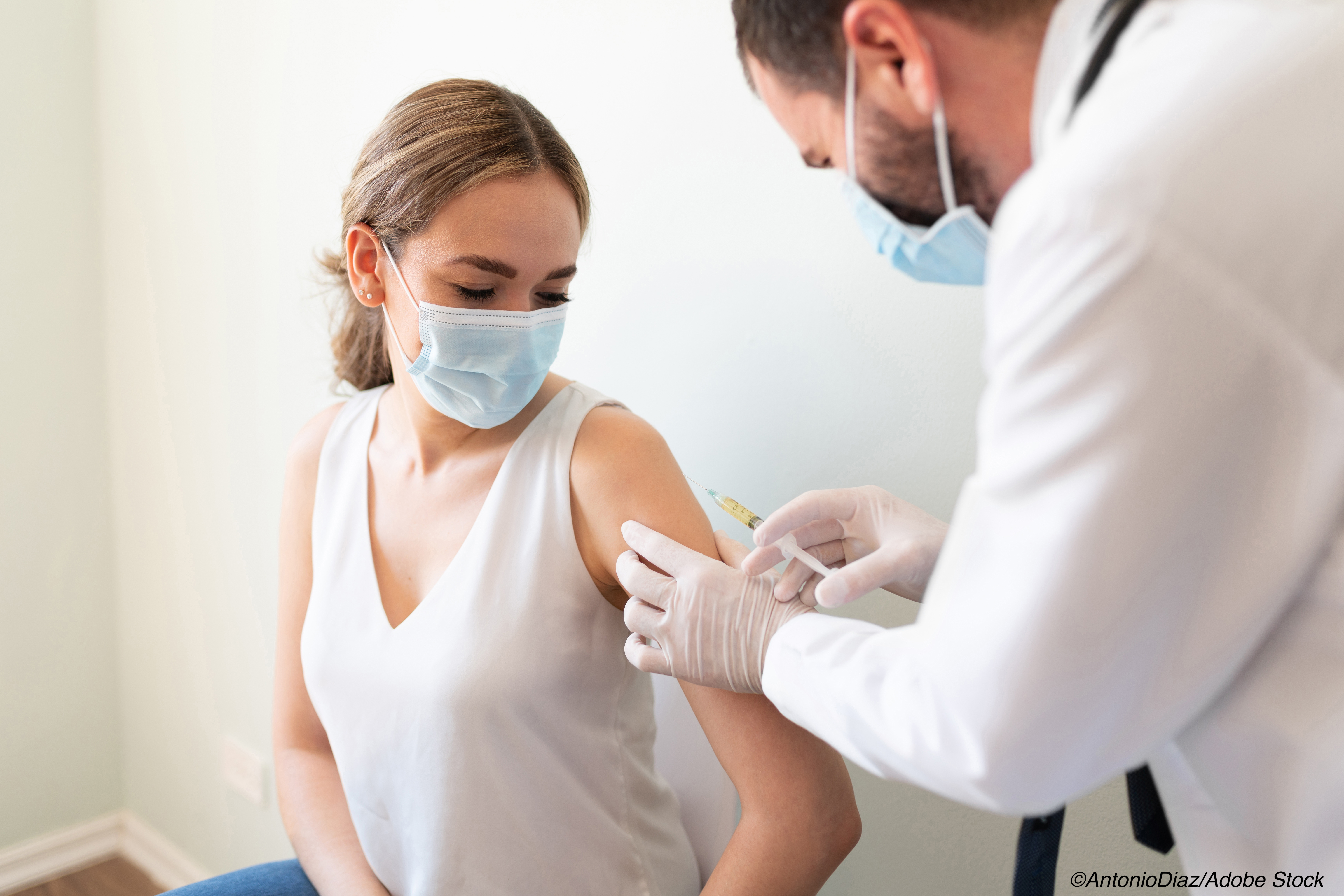 Vaccination against Covid-19 was not associated with significant changes in menstrual cycle length in a National Institutes of Health-supported study, with receipt of one or two doses of vaccine linked to an increase in cycle length of less than a day.

No increase in bleeding days during menses was reported in the retrospective, cohort study, which was published online Jan. 6 in the journal Obstetrics & Gynecology.

The study is among the first to examine the impact of Covid-19 vaccination on the menstrual cycle, and researcher Alison Edelman, MD, of Oregon Health & Science University (OHSU), Portland, and colleagues, noted that the observed, temporary impact on cycle length was within the range of normal cycle variability.

“We find no population-level clinically meaningful change in menstrual cycle length associated with Covid-19 vaccination,” they wrote, adding that the trial findings also “support and help explain the self-reports of changes in cycle length.”

The research grants were prompted, in part, by widespread claims on social media that the vaccine disrupted menstrual cycles, causing irregular periods.

At the time, NICHD director Diana W. Bianchi, MD, said the studies were being conducted to better inform menstruating women about what to expect after vaccination, “potentially reducing vaccine hesitancy.”

In a statement issued Thursday, Bianchi called the results from the first published study “reassuring.”

“It is reassuring that the study found only a small, temporary menstrual change in women,” she noted. “These results provide, for the first time, an opportunity to counsel women about what to expect from Covid-19 vaccination so they can plan accordingly.”

The study included U.S. residents between 18 and 45 years of age with normal cycle lengths (24-38 days) for three consecutive cycles before receiving their first Covid-19 vaccine dose.

Mixed-effects modeling was used to estimate the adjusted difference in change in cycle and menses length between vaccinated and unvaccinated cohorts.

However, a subgroup of vaccine recipients who received both vaccine doses in the same menstrual cycle (n=358) showed a larger increase in cycle length of 2 days.

“mRNA vaccines create a robust immune response or stressor, which could temporarily affect the hypothalamic-pituitary-ovarian axis if timed correctly,” they added. “Our findings for individuals who received two doses in a single cycle supports this hypothesis.”

They noted that given the dosing schedule of the BNT162b2 (21 days) and mRNA-1273 (28 days) vaccines, someone receiving two doses in a single menstrual cycle would have received their first dose in the early follicular phase.

“Cycle length variability results from events leading to the recruitment and maturation of the dominant follicle during the follicular phase, processes known to be affected by stress,” they wrote. “In contrast, an acute severe illness with or without septicemia, such as Covid-19, could be catastrophic to hypothalamic-pituitary-ovarian axis function, sometimes permanently.”

The researchers concluded that while the study findings are reassuring, more research is needed to further clarify the impact of Covid-19 and other vaccinations on menstruation.

“Questions remain about other possible changes in menstrual cycles, such as menstrual symptoms, unscheduled bleeding, and changes in the quality and quantity of menstrual bleeding,” they wrote.

Limitations of the study include that it may not be generalizable as those using the Natural Cycles app were mostly White, college educated, with lower BMIs than the general population and were also not using contraception. The study authors also studied only those with normal menstrual cycle lengths. The study authors also noted that they did not have data on Covid-19 infection in either the vaccinated or unvaccinated groups studied.

Funding for this research was provided by the Eunice Kennedy Shriver National Institute of Child Health and Human Development and the NIH Office of Research on Women’s Health. Alison Edelman reported receiving honoraria and travel reimbursement from AGOG, WHO; royalties from UpToDate, Inc., Oregon Health & Science University and research funding from OHSU Foundation, Merck, HRA Pharma, and NIH.