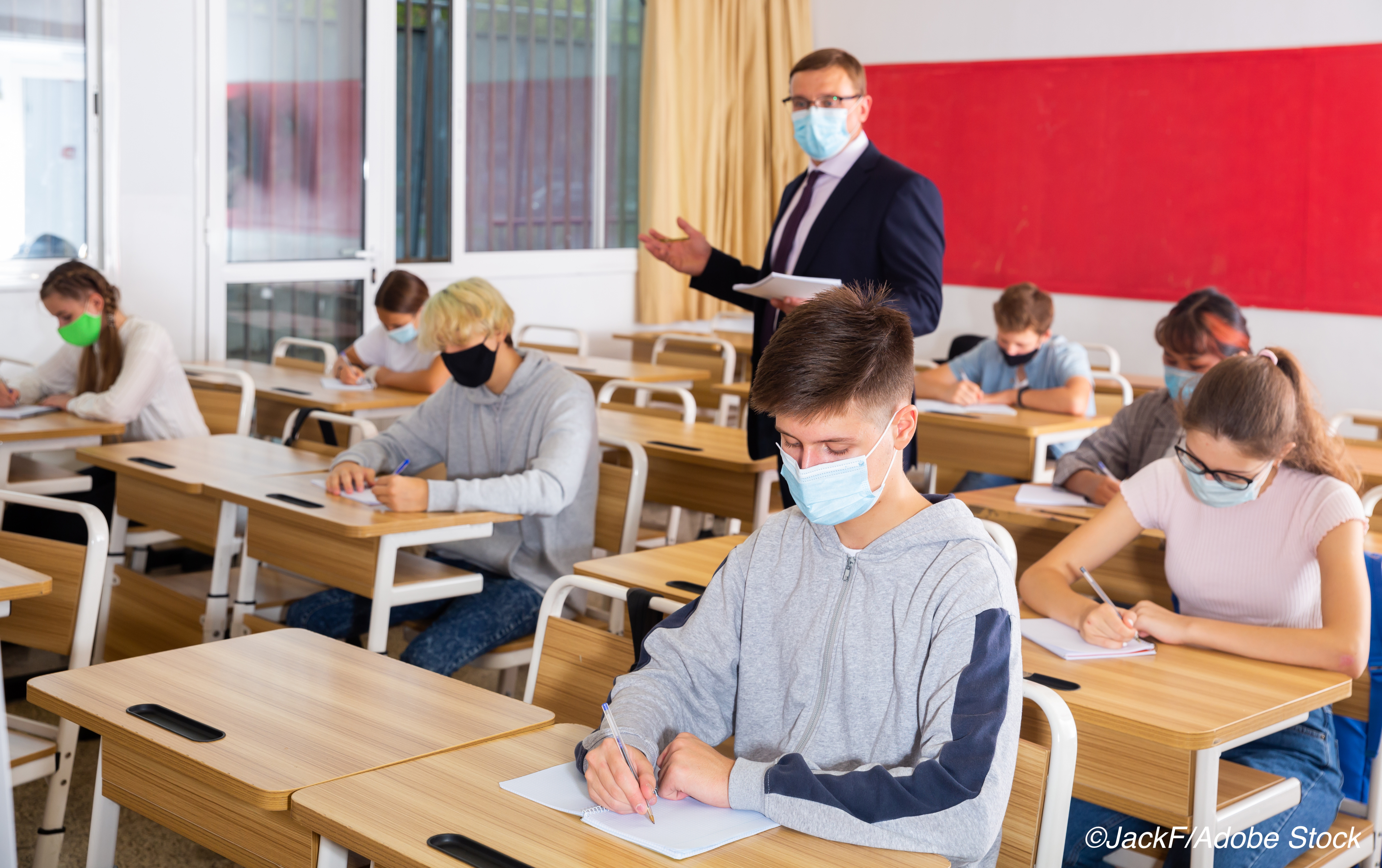 Community-based infection control measures were determined to have a far greater impact on the spread of Covid-19 than closing schools in a newly reported modeling study.

Researchers examined the association of school reopening or closing schools compared to other community-based infection control interventions on new and total Covid-19 cases in the decision analytical modeling analysis.

Based on the findings, they concluded that community-based interventions designed to reduce SARS-CoV-2 infectons — such as restricting gatherings, limiting workplace exposures, and wearing face masks — had a greater impact than closing schools when schools adopted aggressive infection control protocols.

“These findings suggest that school closure be considered the last resort in the face of a resurgence of Covid-19 and that efforts should instead focus on widespread reduction of community transmission,” wrote David Naimark, MD, of Sunnybrook Health Science Center, Toronto.

The study was published online March 31 in JAMA Network Open.

An accompanying commentary referenced the ongoing debate about whether schools can reopen safely — which has been politicized and fueled by uncertainty about risks to students, educators, and other staffers — and the impact on community spread of Covid-19.

Infectious disease specialists Andrea Ciaranello, MD, of Massachusetts General Hospital/Harvard Medical School, Boston, and Taison Bell, MD, of the University of Virginia School of Medicine, Charlottesville, wrote that emerging data from the fall semester in the United States suggests a low rate of in-school transmission in schools which have followed recommended mitigation protocols.

They noted that student-to-staff transmission has been rare, and most in-school transmissions have been adult-to-adult, often occurring when unmasked while eating or drinking.

“Notably, most in-school transmissions have been associated with breakdowns in mask adherence, especially in staff workrooms and break rooms, or attending school or work while symptomatic,” they wrote.

They concluded that the findings of Naimark and colleagues support recent CDC recommendations prioritizing reopening schools over other non-essential activities such as bars and casinos.

The researchers developed an agent-based transmission model using a simulated population of 1 million people. Their model was structured to represent the Covid-19 pandemic in Ontario, Canada in an effort to estimate the impact of opening schools (K-12) on total infections across the city.

For the Covid-19 first wave, the model was seeded with 150 infectious individuals, selected from the population at random.

These measures included restricting daycare centers to no more than 10 children, restricting primary and elementary class sizes to no more than 23 students, and capping high school classes at 15 students. In addition, students remained in their assigned classrooms for the school day rather than moving among classrooms, universal masking was in place, and students physically attended schools in designated high schools in urban areas only on alternate weekdays.

Three community-based non pharmaceutical interventions (NPIs) were modeled: no additional NPIs were enacted so that the increase in case numbers observed in September continued, unabated, until Oct. 31, 2020 (scenario 1); community-based NPIs were enacted on Oct. 1, 2020, that resulted in a reduction in contacts outside of households to 40% of the value observed prepandemic, including closing of workplaces to nonessential workers, and a reduction in the probability of transmission per contact of 50% compared with the recalibrated values within household and other settings (scenario 2) and a model in which the increase of new infections was limited to 0.8% per day (scenario 3).

Exposures compared school reopening on Sept. 15, 2020 versus schools remaining closed under different scenarios for non-pharmaceutical interventions and the main outcomes were incident and cumulative Covid-19 cases between Sept. 1, 2020, and Oct. 31, 2020.

The modelling projected that among 1 million simulated people:

The researchers noted that their findings agree with a recently published meta-analysis suggesting school closures had little impact on preventing Covid-19 spread at the population level in Hong Kong, Singapore and mainland China. Studies from Denmark, the United Kingdom and North Carolina in the United States, as well as earlier modeling studies, showed similar findings.

“Our results bolster the prior studies, but considered events later in the course of the pandemic, at the traditional time of school reopening in Canada, and made use of accumulated observational calibration data,” they wrote.

Funding for this research was proived by a Covid-19 Rapid Research Funding grant from the Ontario Ministry of Health.

Researcher Kali Barrett reported receiving personal fees from Xenios unrelated to this study. The other researchers and the commentary authors reported no relevant disclosures.