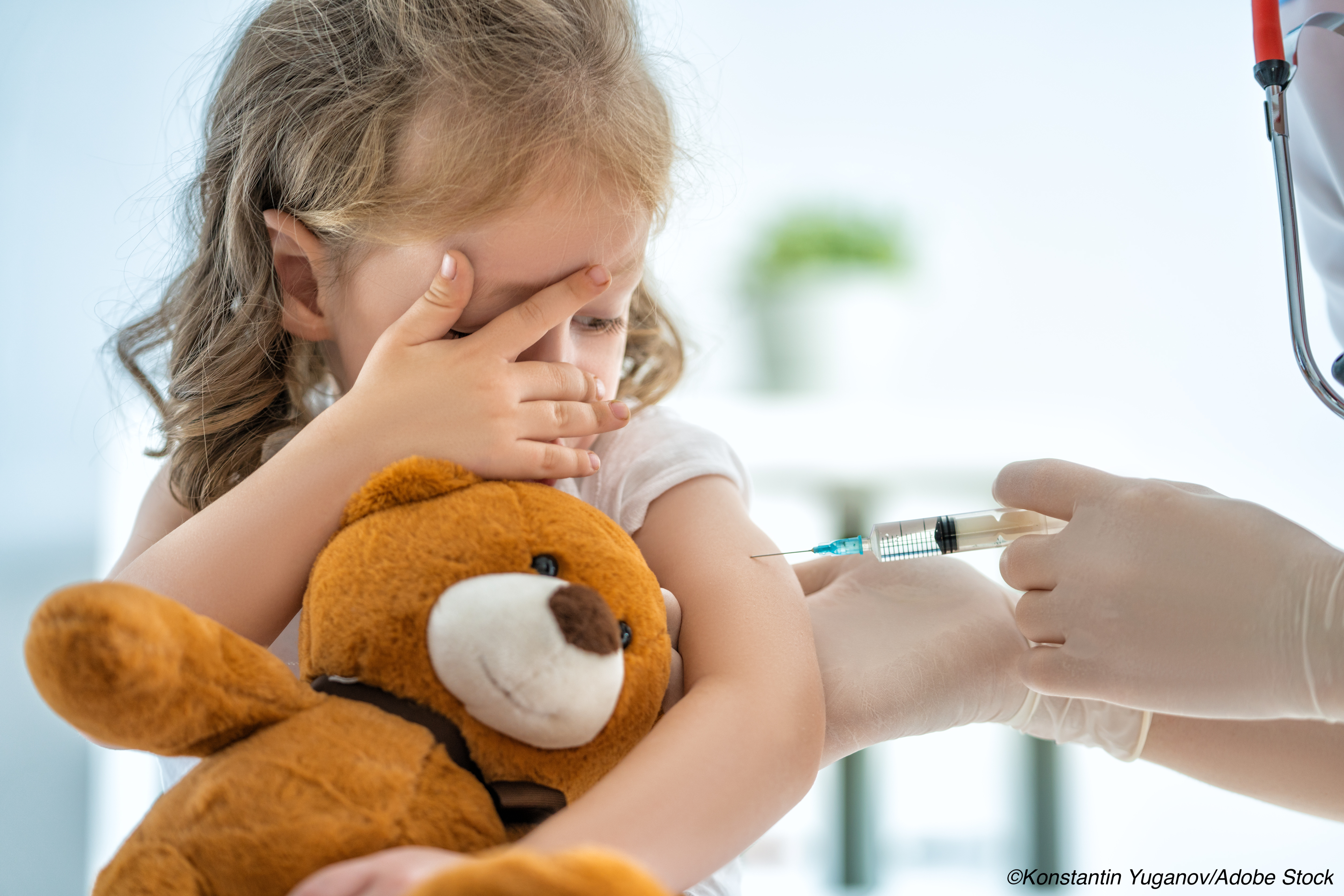 Fewer children are up to date with recommended vaccinations; racial, ethnic disparities persist

Childhood immunization rates declined in the U.S. during the first 6 months of the Covid-19 pandemic, with rates returning to near pre-pandemic levels by the fall of 2020 as pediatric medical visits resumed, a new study finds.

Using data from the VaccineSafetyDatalink, researchers compared routine vaccination trends among infants, children, and adolescents before and during the pandemic

The study, published online Oct. 7 in JAMA Pediatrics, also showed persistent racial and ethnic disparities in vaccine coverage rates, with racial differences in the proportion of up to date children varying by age.

“These differences in up to date by race and ethnicity at age 7 months were similar in magnitude to those present before the pandemic,” wrote researcher Malini DeSilva, MD, of HealthPartners Institute, Bloomington, Minnesota, and colleagues.

The researchers noted that differences in the proportion of children up to date with vaccinations at 18 months between Black and other groups may have increased as a result of the pandemic.

Differences in children up-to-date with vaccinations by race and ethnicity in September 2020 among 6-year-olds, 13-year-olds, and 18-year-olds were similar to pre-pandemic levels.

In accompanying commentary, Brian Jennsen, MD, and Alexander Fiks, MD, of the University of Pennsylvania Perelman School of Medicine wrote that the newly published pediatric data “describe a situation that is both reassuring and concerning regarding the impact of the Covid-19 pandemic on childhood vaccinations.”

“Vaccine administration rates in health care systems, after an initial decline, have essentially returned to pre-pandemic levels,” they wrote. “However, as has been observed in other studies, there are lingering effects of the pandemic, as the proportion of children with up to date vaccinations has declined over time.”

They noted that the decline in vaccine coverage “parallels the declines in other pediatric medical services during the Covid-19 pandemic, including preventive well-child care, screenings, dental visits, and lead testing.”

They called for interventions targeting children in the first 2 years of life designed to help get them up to date with recommended vaccinations.

“Consensus care guidelines could augment preventive care for this cohort, for example, by increasing frequency of well-child care during the next year of life,” they wrote.

“Although there is no evidence base for this approach, such a change could create not only catch-up opportunities for vaccination for children delayed at age 7 and 18 months, but also provide opportunities to attend to developmental concerns and social needs that have emerged during Covid-19. Practices could also prioritize visits with 13-year-old adolescents who are behind on vaccination.”

“Finally, policy changes to expand vaccination requirements may help close gaps that have emerged during the Covid-19 pandemic,” they wrote. “Legal requirements for vaccination can be an effective and powerful tool if implemented with attention to detail and with regard to the context.

“Requiring vaccination for certain populations in the U.S. dates to the Revolutionary War, with a long history of legal support for mandates in various settings. There is strong evidence that mandates support and maintain high immunization coverage in K-12 schools, colleges and universities, and health care facilities.”

This study was funded by the U.S. Centers for Disease Control and Prevention. Milini DeSilva and several other researchers reported receiving grants from the CDC during the conduct of the study. Researcher Nicola Klein reported grants from Merck, Sanofi Pasteur, GlaxoSmithKline, Pfizer and Protein Science unrelated to this study.

Commentary author Alexander Fiks reported being co-inventor of a software which has a module that supports immunization.