But experts urge caution until data accrue and are peer-reviewed 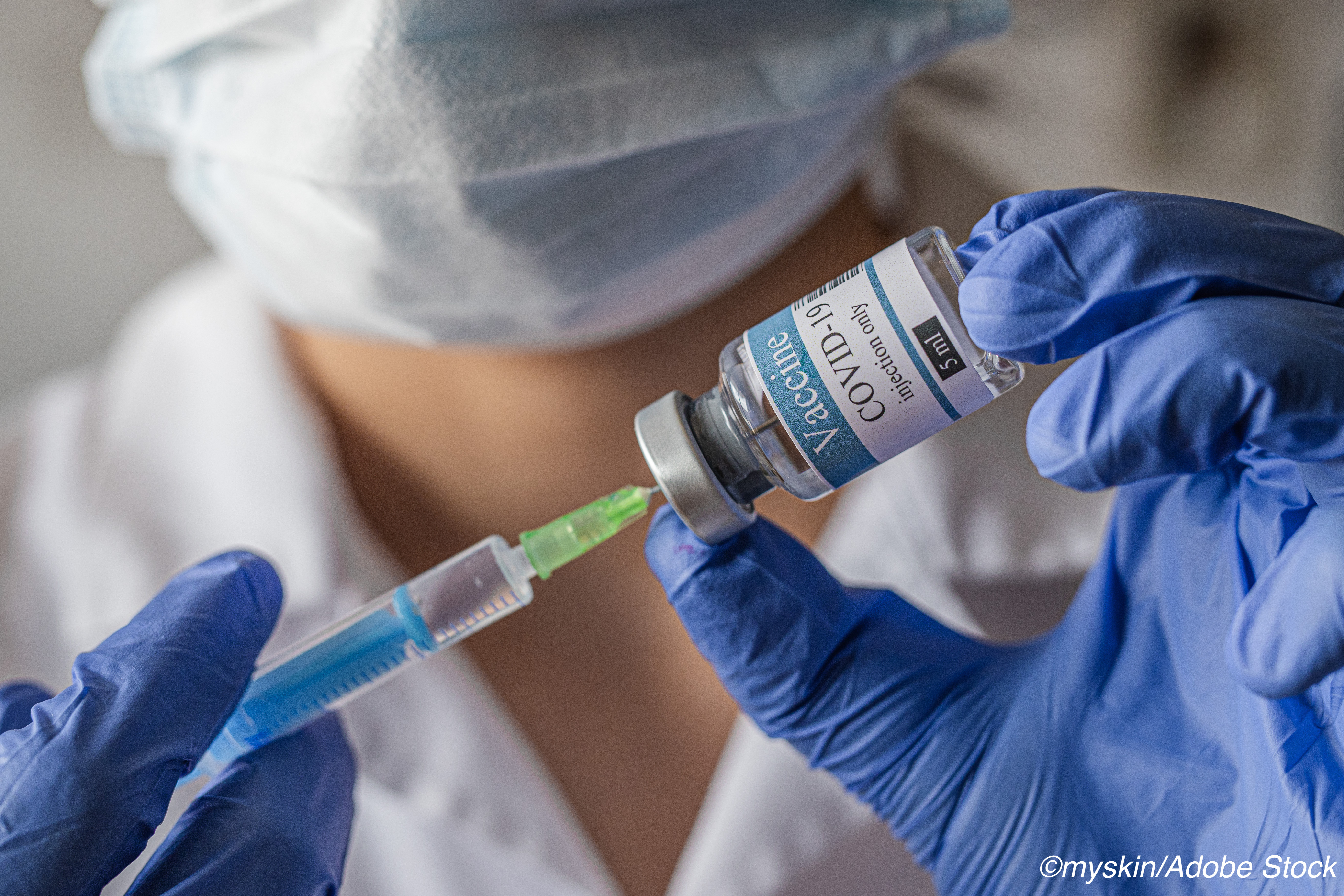 Pfizer Inc. and BioNTech SE’s mRNA-based Covid-19 vaccine candidate was more than 90% effective in preventing infection among patients without prior evidence of SARS-CoV-2 infection, according to the first interim analysis from a phase III clinical trial.

These trial results, which are not yet peer-reviewed, have launched the BNT162b2 vaccine to the forefront of the Covid-19 vaccine race in the U.S., with experts such as Anthony Fauci, MD, director of the National Institute of Allergy and Infectious Diseases stating that the results are “really quite good, I mean extraordinary,” according to the Washington Post.

However, with long-term efficacy and safety data still on the horizon, some experts recommend taking this announcement with a grain of salt.

“The full data set on which the claim is based has not yet been released and so we don’t know exactly what has been found,” Eleanor Riley, PhD, professor of immunology and infectious disease at the University of Edinburgh in Scotland, said in a statement to Newsweek. “[Pfizer and BioNTech] are at pains to point out that the trial participants are ethnically diverse, which is good, but say nothing about the age of people in the trial. If a vaccine is to reduce severe disease and death, and thus enable the population at large to return to their normal day-to-day lives, it will need to be effective in older and elderly members of our society. We also know nothing yet about the severity of cases that were seen in the trial, whether infection or infectiousness was prevented, or how long the immunity is expected to last.”

Data on the age of trial participants will be particularly important for the CDC’s Advisory Committee on Immunization Practices (ACIP), as adults ages 65 and older are on the short list for early vaccine allocation — while ACIP seemed to lean towards providing early Covid-19 vaccine access to health care and essential workers first, vaccine rollout models suggested that granting early vaccine access to older adults would prevent the greatest number of deaths.

And, while the fact that the interim results were announced via press release rather than in a peer-reviewed journal is a concern in itself, experts have pointed to additional issues that will need to be addressed. For example, the vaccine has not been tested on pregnant women or children, and the unique storage requirements of the vaccine — an ultra-cold −94° F, according to some reports — might cause major complications for vaccine distribution in the U.S. due to limitations in deep freezer capacity, though Pfizer has announced intentions to take distribution into its own hands with the use of specially designed coolers.

The two-dose requirement for the vaccine may also prove an issue, as the true effectiveness of vaccination will not be known until much later — and it’s worth noting that the manufacturers’ projection of 50 million doses in 2020 actually translates to vaccinations for 25 million people.

Though these concerns are important to keep in mind, experts noted that, if the interim data is correct, the results seem promising. Saad B. Omer, MBBS, MPH, PhD, FIDSA, director of the Yale Institute for Global Health, told the New York Times that if the interim vaccine efficacy holds through the end of the trial, BNT162b2’s efficacy “would be higher than your regular flu vaccine, and this vaccine could have a serious impact on bending the curve of this outbreak.”

The phase III clinical trial of the BNT162b2 mRNA vaccine, which began at the end of July, has enrolled 43,538 participants so far, of whom 38,955 have received a second vaccine dose as of Nov. 8, Pfizer explained in a company press release. Following discussions with the FDA, the manufacturers agreed to conduct the first interim efficacy analysis once a minimum of 62 Covid-19 cases developed in the study cohort, rather than the 32 cases initially agreed upon — however, by the time those discussions were complete, the evaluable case count had reached 94.

“The case split between vaccinated individuals and those who received the placebo indicates a vaccine efficacy rate above 90%, at 7 days after the second dose,” the manufacturers announced. “This means that protection is achieved 28 days after the initiation of the vaccination, which consists of a 2-dose schedule.” However, this efficacy percentage may vary as the trial continues, the manufacturers noted. And, while the independent Data Monitoring Committee has not reported any serious safety concerns with the vaccine, the trial has yet to produce the minimum two months of safety data required to receive an Emergency Use Authorization from the FDA, a milestone the manufacturers expect to reach during the third week of November.

Based on current projections, the manufacturers expect to produce up to 50 million vaccine doses by the end of 2020, with up to 1.3 billion doses to follow in 2021.

In a statement, Albert Bourla, DVM, PhD, Chairman and CEO of Pfizer, said that “today is a great day for science and humanity,” calling the news “a critical milestone in our vaccine development program,” while Ugur Sahin, MD, co-founder and CEO of BioNTech, named the interim result “a victory for innovation, science, and a global collaborative effort.”

Members of the Trump Administration have been quick to claim credit for helping to generate this promising interim result, with Vice President Mike Pence tweeting that the 90% efficacy result is a product of the “public-private partnership” forged by President Donald Trump, and the President himself tweeting “STOCK MARKET UP BIG, VACCINE COMING SOON.”

However, although Pfizer has a standing $1.95 billion deal with the federal government to assist with vaccine distribution upon delivery of the first 100 million doses, Kathrin Jansen, PhD, vice president of Pfizer, noted that Pfizer is not part of Operation Warp Speed, telling the Times that the manufacturers “have never taken any money from the U.S. government, or from anyone.”

Bourla came forward in September to discuss Pfizer’s decision to reject government funding for vaccine development, telling CBS News’s “Face the Nation” that “The reason why I did it was because I wanted to liberate our scientists from any bureaucracy. When you get money from someone that always comes with strings. They want to see how we are going to progress, what type of moves you are going to do. They want reports. I didn’t want to have any of that. I wanted [our researchers] — basically I gave them an open checkbook so that they can worry only about scientific challenges, not anything else.

“And also, I wanted to keep Pfizer out of politics, by the way,” he added.