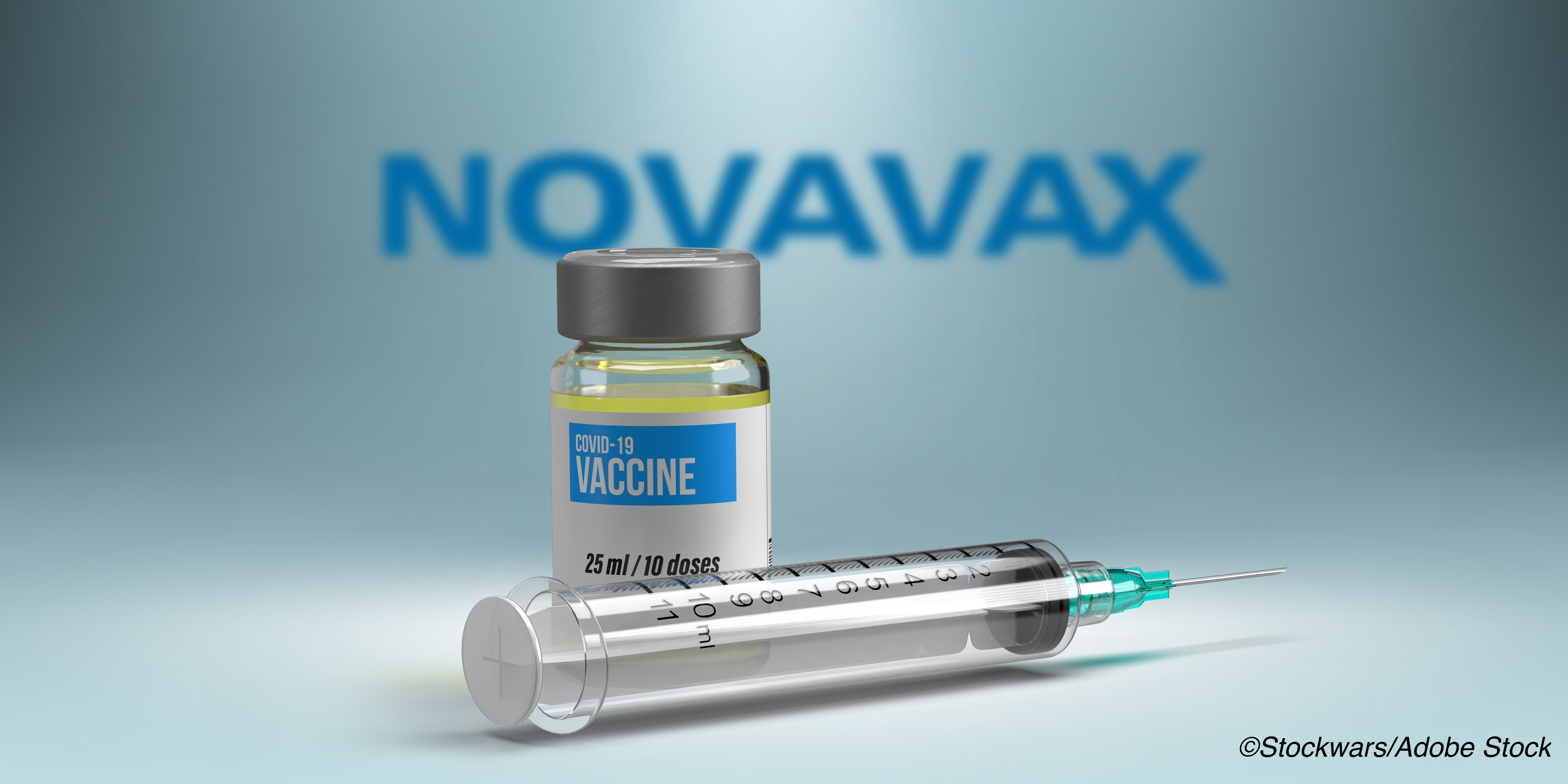 Efficacy similar to that reported for mRNA vaccines

Peer-reviewed findings from a phase III trial of the NVX-CoV2373 nanoparticle protein-based Covid-19 vaccine (Novavax) in the United Kingdom showed full vaccination to convey close to 90% efficacy against symptomatic disease caused by many variants of concern.

While the multicenter trial was conducted prior to the emergence of the rapidly spreading Delta variant (B.1.617.2), the U.K. trial showed the vaccine to be 89.7% effective against disease, with an even higher efficacy reported against non-B.1.1.7 variants (B.1.351, and P.1) circulating at the time

The findings were published online June 30 in The New England Journal of Medicine.

In mid-June, phase III results from a trial with close to 30,000 participants from the U.S. and Mexico were reported in a press release from the manufacturer.

In that trial, the vaccine demonstrated 100% protection against moderate and severe disease and 90.4% overall efficacy. Full (two-dose) vaccination also conveyed a vaccine efficacy of over 90% in high-risk populations, including the elderly, those with co-morbid conditions, and those with a high risk for exposure, including health care workers.

A small group of participants (n=431) in the U.K. trial received the Covid-19 vaccine along with a seasonal influenza vaccine and no decline in either vaccines efficacy was observed in this population.

In both the U.K. and U.S./Mexico trials, no safety concerns emerged in participants who received the NVX-CoV2373 vaccine. Systemic adverse events were reported more often in the vaccine group, compared to the placebo group, with the most commonly reported events being headache, muscle pain and fatigue.

Buddy Creech, MD, who directs the vaccine research program at the Vanderbilt University School of Medicine, Nashville, said the addition of a highly effective Covid-19 vaccine with a mechanism that differs from those now in wide use may prove to be important in containing the virus.

“Here in the U.S. we are in a good place in the pandemic right now, but we recognize that the only way to stay there is to get as many people as possible vaccinated,” Creech told BreakingMED.

“We have the mRNA vaccines and viral vector vaccines. Now we have this vaccine with a protein produced in a laboratory that is much like many of our more traditional vaccines. What’s novel about it is that it stimulates immune response with a new plant-based adjuvant that has shown a lot of promise.”

Creech said researchers are working to determine if different classes of Covid-19 vaccines have better efficacy in specific subgroups of patients at high risk for poor vaccine response and severe disease, such as those whose immune systems are compromised or those with co-morbid medical conditions.

“We may find out that the [NVX-CoV2373] vaccine is particularly effective for someone with Crohn’s disease, for example, and that the Pfizer vaccine is better for people recovering from cancer. We don’t know that yet. That is the next stage of research.”

The primary efficacy endpoint was virologically confirmed mild, moderate or severe SARS-CoV-2 infection with onset a week or more after the second injection in those who were serologically negative for SARS-CoV-2 at baseline.

A total of 15,187 participants were randomized and 14,039 were included in the final analysis.

There were no hospitalizations or deaths in the vaccine group, and the only cases of severe infection (n=5) were reported in the placebo group.

“Although the trial was not powered to assess efficacy for all the circulating SARS-CoV-2 strains, it is reassuring that substantial efficacy was shown against all the strains that were detected in the trial participants,” wrote principal investigator Seth Toback, MD, of Novavax Inc., and colleagues.

A study limitation cited by the researchers was the small number of minorities among the study participants. Just 5.7% of those recruited for the study were non-White.

They noted, however, that the trial findings show a protein-based adjuvant vaccine can have a high degree of efficacy against Covid-19 variants.

“In addition, NVX-CoV2373 can be stored at standard refrigeration temperatures and has the potential to induce a broad epitope response to the spike protein antigen,” Toback and colleagues wrote. “Both of these attributes are important for the efficient implementation of this vaccine globally in view of the continued need to vaccinate against emerging variants.”

This research was funded by Novavax.

Principal investigator Seth Toback and other researchers are employees of Novavax.