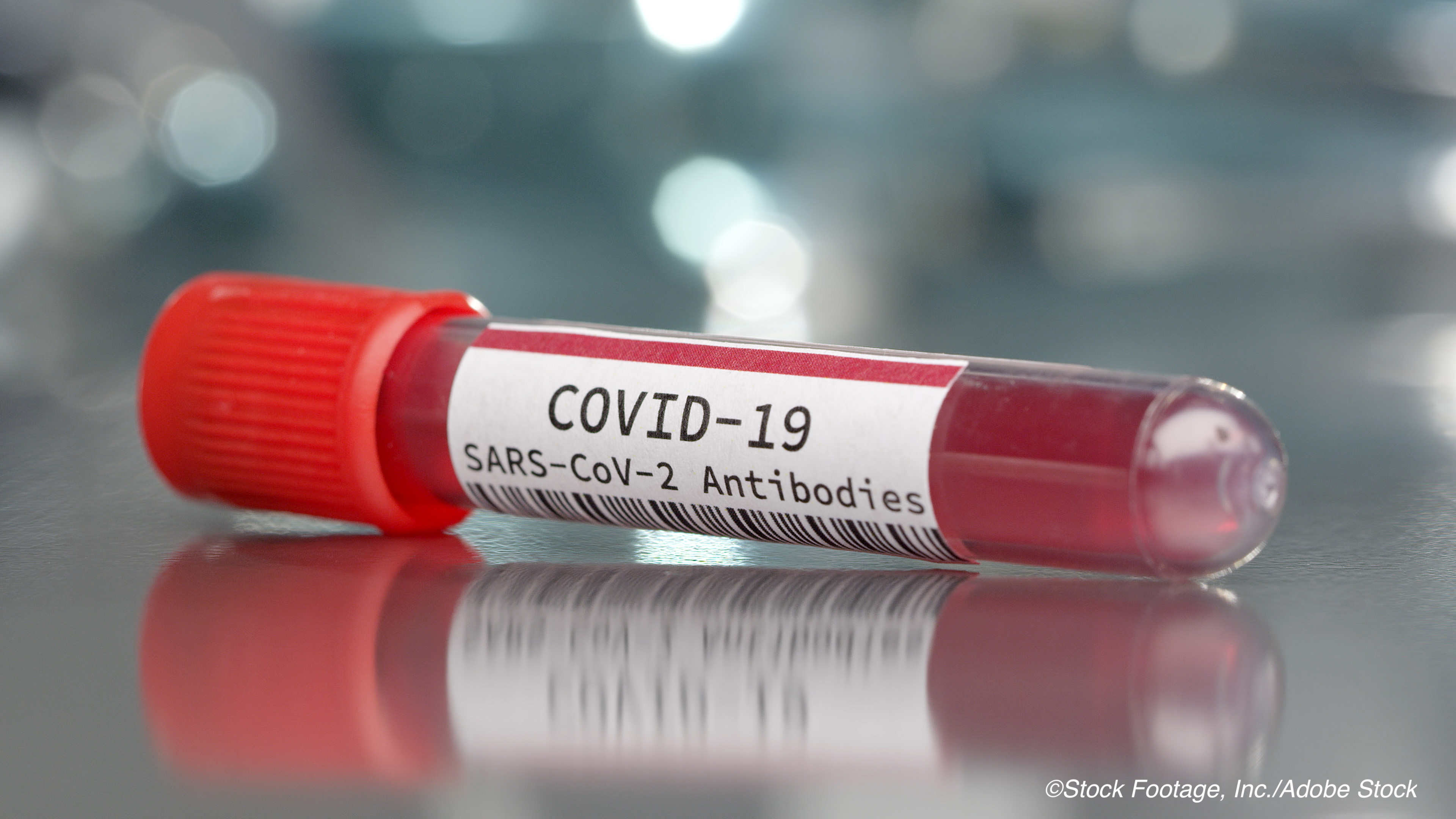 People with SARS-CoV-2 antibodies had a 10-fold lower risk for active viral infection at 3 months, compared to people without evidence of antibodies in an observational study involving testing data from more than 3.2 million people.

Index SARS-CoV-2 antibody positivity was associated with an increased risk for active infection in the first 4 weeks of follow up, as measured by nucleic acid amplification testing (NAAT), but active infections declined sharply and steadily after this period.

Katz wrote that the findings are consistent with a recently reported study showing a similar decline in active infection risk associated with SARS-CoV-2 antibody positivity among health care workers in the United Kingdom.

“Unfortunately, neither study can answer how long antibody protection will last because of natural infection,” Katz wrote. “For this reason, vaccination against SARS-CoV-2 is recommended regardless of antibody status. How long the antibody protection provided by vaccines will last is also unknown.”

Patients were classified as antibody-positive or antibody-negative according to their first SARS-CoV-2 antibody test in the database.

Demographic, geographic, and clinical characteristics at the time of the index antibody test were also identified, including recorded signs and symptoms or prior evidence of Covid-19 diagnoses or positive NAAT results and recorded comorbidities.

Patients with a negative antibody test result were older than those with a positive result (mean age 48 versus 44 years). Among index-positive patients, 18.4% converted to seronegative over follow-up.

“The degree of protection (10-fold) associated with seropositivity appears to be comparable to that observed in the initial reports of the efficacy of mRNA vaccines in large clinical trials,” the researchers wrote. “Of course, protection induced by a safe vaccine is clearly preferable, as the population-wide risk of a serious outcome from an authorized or approved vaccine is expected to be orders of magnitude lower than that from natural infection.”

Study limitations cited by the researchers focused on the observational trial design.

“It is possible that antibody test results affected individual behavior, potentially confounding the results,” they wrote. “We do not, however, think that behavior differences are likely to explain the observed protection.”

They added that while the limitations to observational data are widely recognized, “these data do provide a means to complement and supplement data from clinical trials in order to formulate hypotheses and provide information on patients or clinical scenarios that are not well represented in clinical trials.”

“To be clear, however, this analysis based on non-randomized observational data from commercial laboratories and claims has significant limitations compared with a classical prospective seroprotection trial,” they wrote, adding that the rate of SARS-CoV-2 exposure or pattern of longitudinal follow-up may not have been comparable between the 2 groups.

“It is also not known whether the positive NAAT results in either group were associated with clinical signs of infection. Perhaps most importantly, it is not known how long any protective effect of serostatus may last beyond the studied days.

“These questions remain to be addressed by further research. That research can also shed light on whether a seropositive individual who subsequently becomes seronegative may have reduced protection and the degree to which protection associated with seropositivity may be mediated by antibodies vs. other forms (e.g., T-cell based) of immunity.”

This research was funded by the National Cancer Institute.

Lead researcher Raymond Harvey and other researchers are employees of Aetion, Inc, who received payment for services associated with the study. Other researches reported being employed by Quest Diagnostics or LabCorp.

Why Doctors Are Losing the Public’s Trust