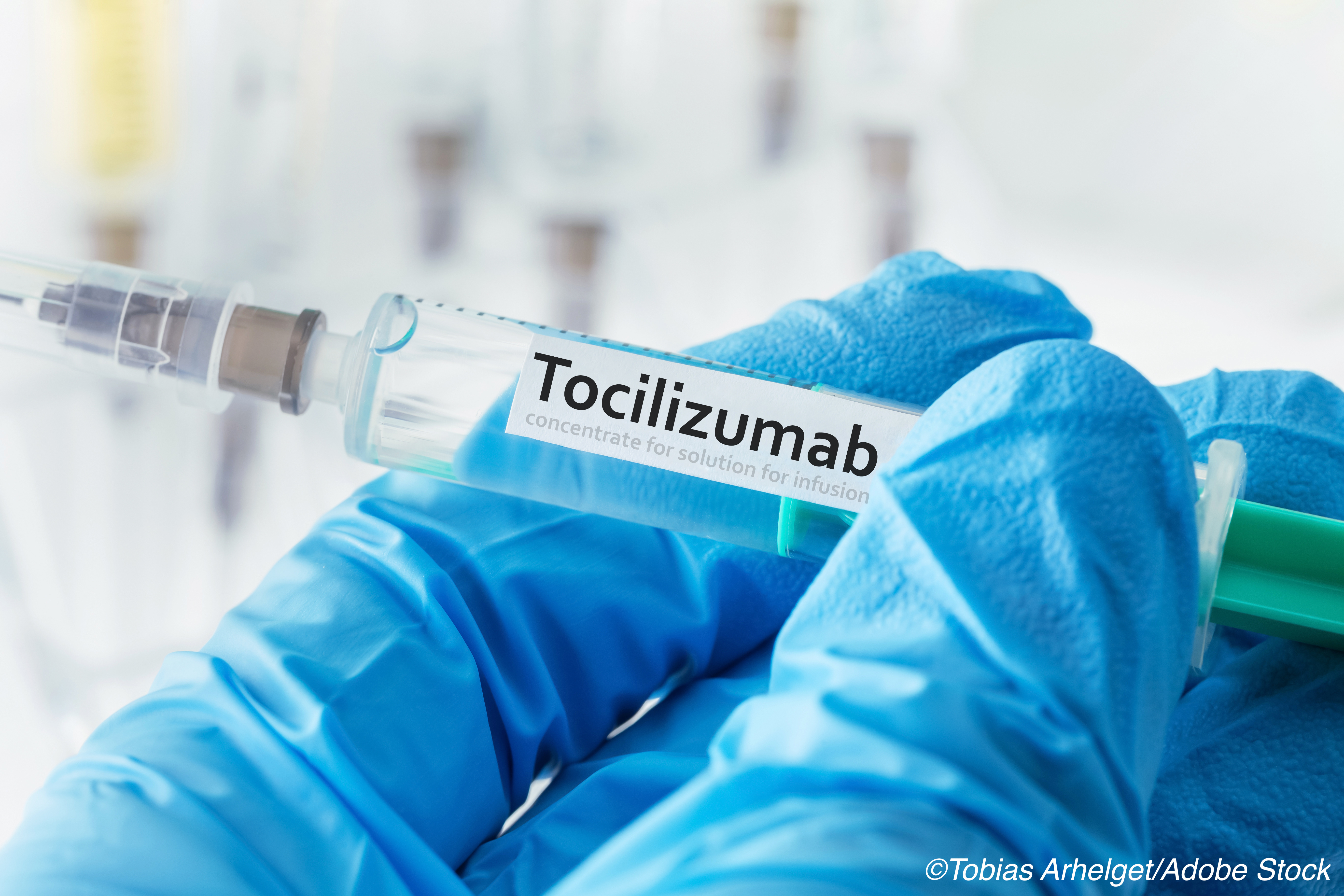 Hospitalized Covid-19 patients treated with tocilizumab (8 mg/per kilogram) did not fare better than control patients, according to results from a randomized, placebo-controlled trial.

The primary outcome measure was intubation or death, assessed as time to event.

Stone and colleagues cautioned that, due to the “width of the confidence intervals for the efficacy comparisons… we cannot exclude the possibility that tocilizumab treatment is associated with some benefit or harm in some patients.”

Likewise, there was no significant widening of the curves measuring need for supplemental oxygen: looking at patients who were receiving oxygen at baseline, the median time to discontinuation in the tocilizumab arm was 5 days versus 4.9 days in the control group. “At 14 days, 75.4% of patients in the tocilizumab group and 78.8% in the placebo group were no longer receiving supplemental oxygen. At 28 days, the percentages were 82.6% and 84.9%, respectively,” they found.

Stone and colleagues pointed out that their findings, while disappointing, are also yet another example of how positive findings from observational studies evaporate when put to the test in rigorous randomized trials.

“Reported but still unpublished results of a small number of other randomized trials have been discouraging,” they wrote. “The explanation for the failure of tocilizumab to affect clinical outcomes substantially in our trial is not clear. One possibility is that interleukin-6 and other inflammatory proteins that are observed to be present at elevated levels in patients with Covid-19 represent host responses to the infection, similar to the elevations in cytokine levels seen in patients with endocarditis, sepsis, and other infections, rather than components of a self-amplifying inflammatory loop that would benefit from suppression. Regardless of the explanation, our findings in the context of information about other randomized, blinded trials of interleukin-6 receptor blockade largely undermine the concept that this anticytokine approach is a useful treatment strategy for preventing the evolution of Covid-19 from a moderate to a severe state.”

The trial did, however, confirm that higher serum interleukin-6 concentrations at baseline are a marker for poor outcome.

The researchers noted that the primary event rate in the trial was lower than anticipated, which was a weakness of the trial. They suggested that early use of remdesivir may have contributed to the lower event rate. Also, randomization failed to eliminate an imbalance between the study arms so that the tocilizumab arm had more elderly patients.

The study was funded by Genentech.