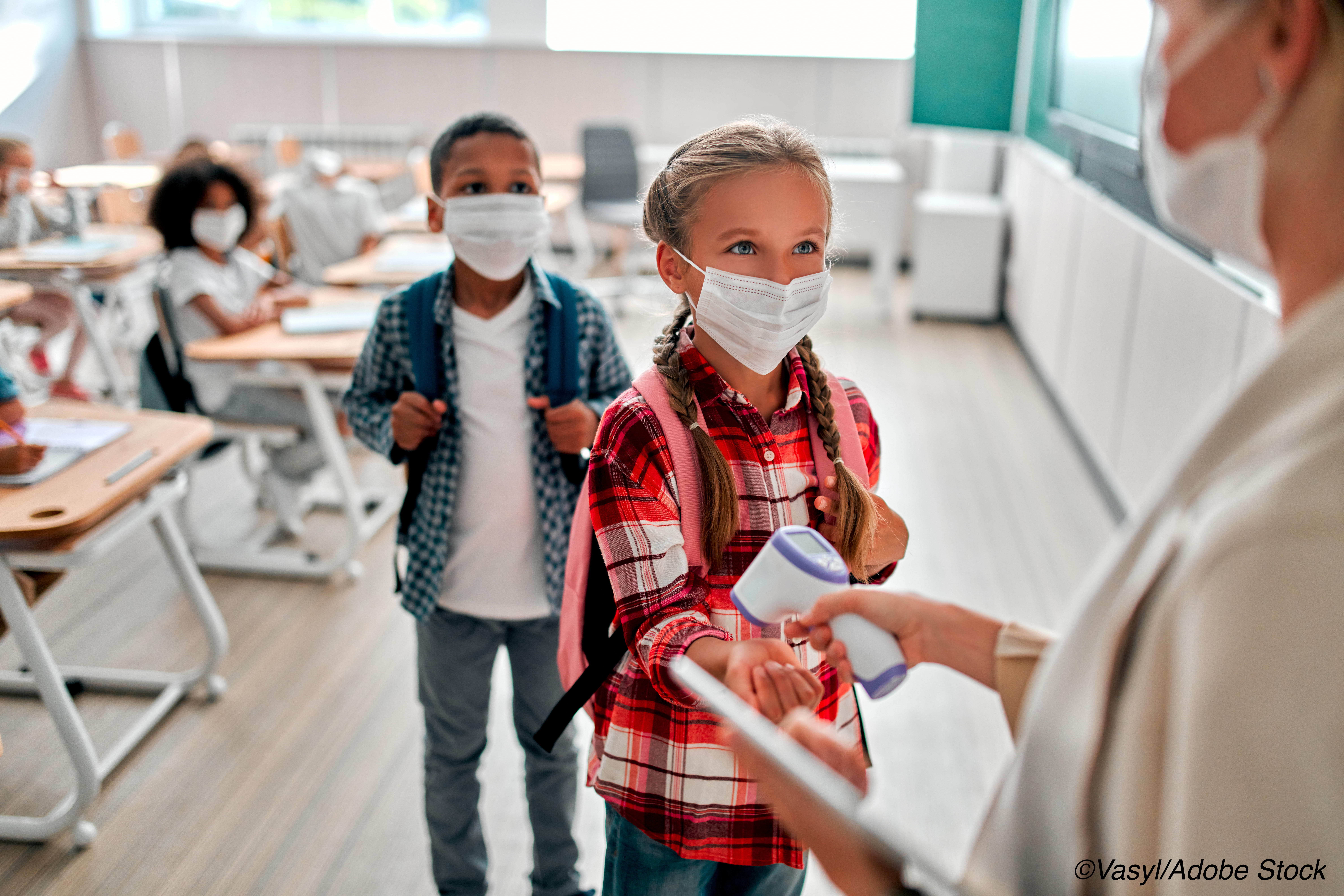 Only 113 cases were reported between early-June and mid-July

Confirmed cases of Covid-19 among both students and staff were low in schools and nurseries in England following re-opening after the nation’s first lockdown earlier this year, researchers found.

Higher levels of community transmission was strongly associated with school outbreaks, with school outbreak risk rising by 72% for every increase in 5 cases per 100,000 population within the local community, wrote researcher Sharif A. Ismail, of Public Health England, and colleagues in The Lancet.

“SARS-CoV-2 infections and outbreaks were uncommon in educational settings after they reopened during the summer term,” study co-author Shamez Landhani of Public Health England noted in a written press release. “The strong correlation with rates in the wider community also emphasizes the importance of controlling transmission outside the school gates to protect the educational settings. This is consistent with studies that have been conducted since this paper was completed in August, and forthcoming Public Health England research into transmission in schools during the autumn term.”

The researchers noted that the findings may not be generalizable to schools and nurseries in areas with high community SARS-CoV-2 transmission rates, since the study was conducted at a time when Covid-19 cases in England had fallen well below their highest levels recorded in the spring.

However, in an editorial, professors Stefan Flasche and W. John Edmunds of the London School of Hygiene & Tropical Medicine Centre for the Mathematical Modelling of Infectious Diseases noted that, while the findings are largely reassuring in the case of younger children, there is cause for concern that school settings involving older children and young adults are a significant source of transmission.

They noted that “widespread symptom-agnostic screening among university students has long shown rapidly expanding infection prevalence on campus following the reopening of universities, indicating effective transmission of SARS-CoV-2 among young adults, some of whom are only marginally older than secondary school-aged children.”

“Ismail and colleagues’ study supports the notion that opening schools despite SARS-CoV-2 circulation in the community is largely safe for children, but secondary schools in particular might nevertheless play a considerable role in transmission between households,” they concluded.

The prospective, cross-sectional analysis included daycare, primary, and secondary schools in England that reopened from June 1 through July 17 after the nation’s first lockdown.

Transmission events were classified as single cases, co-primary cases (at least two confirmed cases within 48 hours, typically within the same household), and outbreaks (at least two epidemiologically linked cases, with sequential cases diagnosed within 14 days in the same educational setting).

“While staff did have higher infection rates, it’s important to note that the overall number of cases was very small and the vast majority of staff were completely fine and able to protect themselves and their students,” Ismail said in a press statement. “Teachers were very cautious with physical distancing and infection control practices when they were in class with their students, but this was more difficult to maintain outside the classroom. Teachers are also more likely to develop symptoms than students and are, therefore, more easily identified, which almost certainly contributed to their higher infection rate.”

This research was funded by Public Health England.

Neither the researchers nor editorial writers’ declared relevant conflicts related to this study.