Severity of disease and addition of glucocorticoids may tip the scale 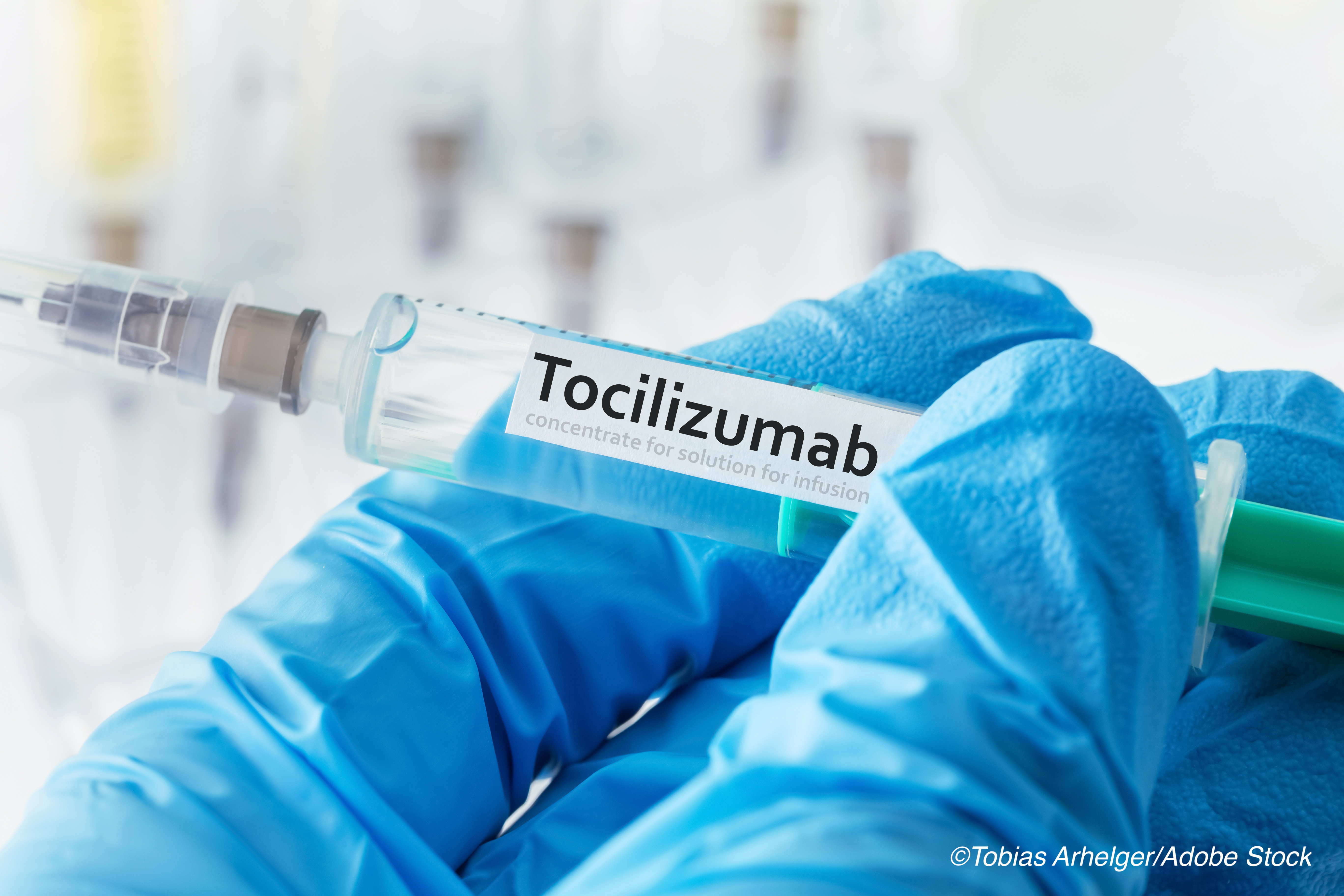 The New England Journal of Medicine is considered by many to be the most influential medical journal in the world — the oft-cited source for the definitive finding on clinical treatment or developing therapies — yet sometimes the findings it publishes are elucidating but far from definitive.

Such is the case with a pair of trials investigating the efficacy of IL-6 antagonists in the treatment of Covid-19: one trial found that IL-6 blockade improved outcomes, including survival, in critically ill Covid-19 patients, and the other found no improvement in clinical status or reduced mortality. Adding to the disconnect is the fact that the same drug — tocilizumab — was used in both trials.

In the Randomized, Embedded, Multifactorial Adaptive Platform Trial for Community-Acquired Pneumonia (REMAP-CAP) trial, a single injection of either tocilizumab or sarilumab had an in-hospital mortality rate of 27% versus 36% for patients receiving a placebo. In the COVACTA trial, in which only tocilizumab was tested against placebo, the mortality, which was a secondary endpoint, was 19.7% versus 19.4% favoring placebo.

The primary endpoint in COVACTA was clinical status on day 28 according to an ordinal scale, with 1 indicating discharged or ready for discharge and 7 indicating death. “The median value for clinical status on the ordinal scale at day 28 was 1.0 (95% confidence interval [CI], 1.0 to 1.0) in the tocilizumab group and 2.0 (non-ICU hospitalization without supplemental oxygen) (95% CI, 1.0 to 4.0) in the placebo group (between-group difference, −1.0; 95% CI, −2.5 to 0; P=0.31 by the van Elteren test),” wrote Ivan O. Rosas, MD, of Baylor College of Medicine, and colleagues.

The multinational REMAP-CAP trial assigned 353 patients to tocilizumab (8 mg per kilogram body weight), 48 to sarilumab (400 mg), and 402 to the control group. The first patients received tocilizumab on April 19 and sarilumab was first administered on June 20. Patients in all groups were in their early 60s, more than 70% were White, and the majority were men. Median APACHE II score for all patients was 12, and all but three patients had some respiratory support.

In addition to the survival benefit seen with IL-blockade in the REMAP-CAP trial, “the median number of organ support-free days was 10 (interquartile range, −1 to 16) in the tocilizumab group, 11 (interquartile range, 0 to 16) in the sarilumab group, and 0 (interquartile range, −1 to 15) in the control group. The median adjusted odds ratios (primary model) were 1.64 (95% credible interval, 1.25 to 2.14) for tocilizumab and 1.76 (95% credible interval, 1.17 to 2.91) for sarilumab as compared with control, yielding posterior probabilities of superiority of more than 99.9% and of 99.5%, respectively.”

The REMAP-CAP patients were more critically ill than patients in COVACTA, in which only 38% were mechanically ventilated, Gordon et al noted, but they cited the shorter hospital stay reported in COVACTA as a suggestion of tocilizumab benefit. “We saw both a shorter time to clinical improvement and lower mortality with tocilizumab and with sarilumab than with control. It is therefore possible that the maximum clinical benefit from interleukin-6 inhibition (i.e., improved survival) is seen in the most severely ill patients with Covid-19, who are at the highest risk for death.”

And a last word from the NEJM editors: “We rely on clinical trials to either endorse or reject possible interventions. But what if the results of trials change as the underlying therapies improve, a particular problem with platform trials, which always need to include contemporaneous controls? For now, we are left with evidence of benefit from interleukin-6 inhibitors, at least under some circumstances, but how to best use them remains unclear.”

The REMAP-CAP trial was supported by the European Union multiple international funders. Roche Products and Sanofi provided tocliizumab and sarilumab in the United Kingdom.

The COVACTA trial was funded by Hoffmann-La Roche and the Department of Health and Human Services.