Covid 19 Vax: ACIP Tackles What and When, Wrestles with Who 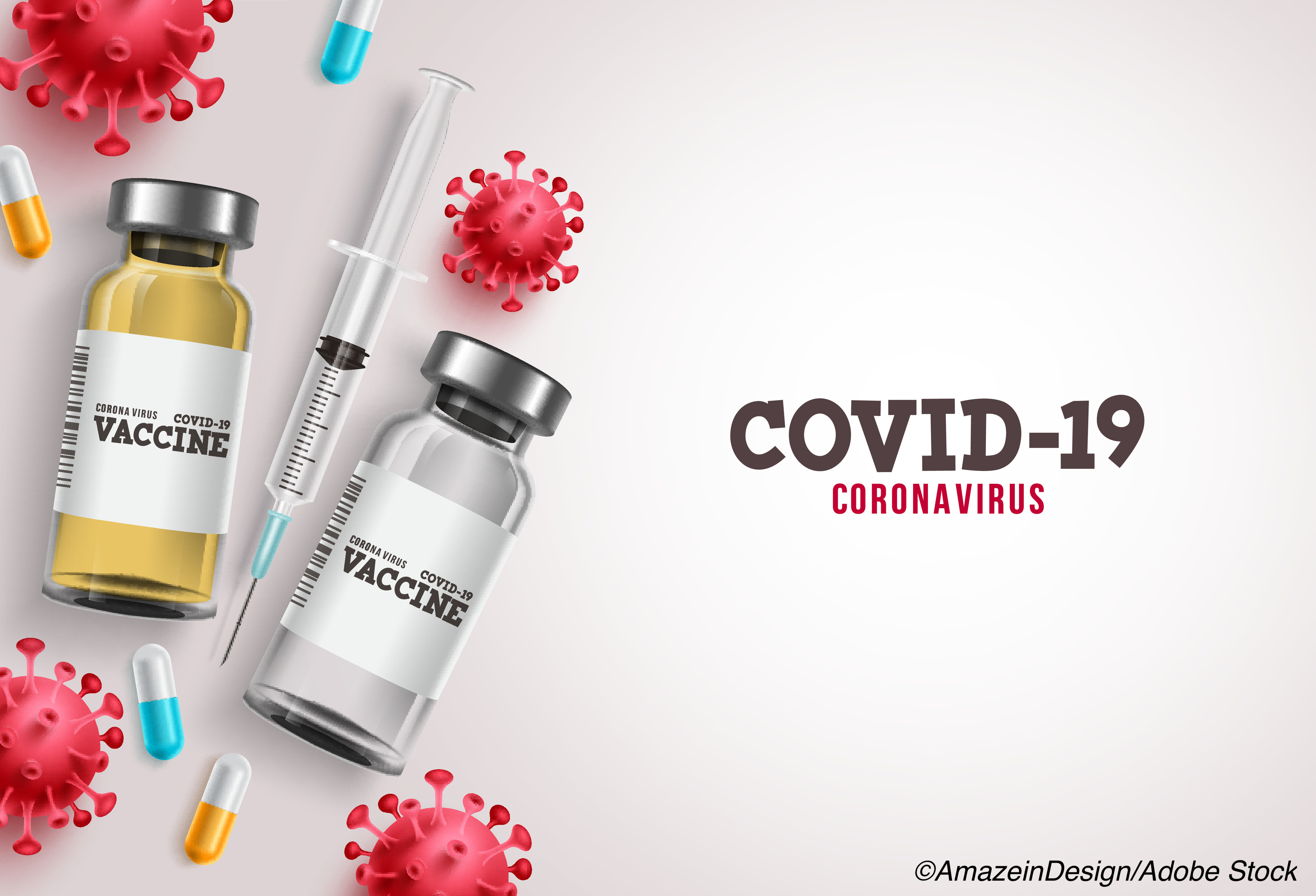 Questions of which populations should get first dibs on a potential Covid-19 vaccine took center stage on the last day of the CDC’s Advisory Committee on Immunization Practices (ACIP) October meeting, with the choices coming down to adults over 65 years of age, adults with high-risk medical conditions, or essential workers.

In the end, though models presented by Matthew Biggerstaff, ScD, MPH, of the Data, Analytics, and Modeling Task Force, found that vaccinating patients ages 65+ would save the most lives, ACIP’s ethical considerations suggested that essential workers should be first in line.

In developing their modeling strategies for initial allocation of a Covid-19 vaccine, Biggerstaff and colleagues assumed that initial Covid-19 vaccine allocation in the U.S. would consist of 200 million vaccine courses (one course=2 doses), which would be distributed in two phases: phase 1a, consisting of 20 million courses, would go to healthcare personnel (approximately [~] 21 million individuals); phase 1b, consisting of the remaining 180 million courses, would be allocated to adults ages 65+ (~53 million), high risk adults (>100 million), and essential workers (~87 million). However, the question remained as to which of these three groups should get the next 20 million vaccine courses before the remaining 160 million were available.

The committee was face-to-face with a dilemma, since two populations face a great risk: the elderly and essential workers, many of whom belong to at risk minorities.

Biggerstaff and colleagues assumed that a full vaccine course would consist of two doses given 28 days apart, and that vaccine efficacy (VE) for both doses would be 70% while the first dose would have a VE of 17.5%, with protection from first or second dose achieved 14 days following vaccination. They also assumed that 100% of individuals would be either vaccinated or not yet eligible for the second dose before moving to subsequent phases; vaccine would be administered regardless of infection history; 10 million people could be vaccinated each week; and administration of second doses would be prioritized over first dose. They performed calculations considering both the potential for an infection-blocking vaccine — a vaccine offering protection against infection and onward transmission but that has no attenuation of severity or transmission in the case of breakthrough infections — or a disease-blocking vaccine — a vaccine offering no protection against infection or onward transmission that reduces risk of severe disease if infected.

Biggerstaff and colleagues found that, with an infection-blocking vaccine, vaccinating high-risk adults or essential workers in phase 1b would avert roughly 1-5% more infections compared to targeting patients age 65+, while vaccinating patients ages 65+ would avert approximately 1-4% more deaths — and with a disease-blocking vaccine, the reduction in deaths jumped to 2-11% when vaccinating older individuals. In all cases, the impact was greatest in scenarios where the vaccine is introduced prior to rises in Covid-19 case incidence.

“If the goal is to avert deaths… then vaccinate age ≥65 first before essential workers,” Biggerstaff said towards the end of his presentation.

When asked whether the time of vaccine introduction has a more significant impact on the number of infections and deaths averted than who gets the vaccine first, Biggerstaff said that “The finding here is consistent with influenza modeling… It shows the timing of the campaign is a really important factor in the potential impact… but have caution looking at absolute numbers… When looking at potential populations, these finding might help inform. I think they do inform decision of how you send the vaccine out… There is less potential impact if the vaccine doesn’t block onward transmission.”

One panelist noted that is is “somewhat easy to determine who has died but really hard to determine the impact of the disease outside of that… I think that is an important part of deciding who to vaccinate first.”

In a presentation on the ethical considerations of phased allocation of Covid-19 vaccines, led Mary E. Chamberland, MD, MPH, of the CDC, ACIP leaned towards the stance that vaccinating essential workers first after healthcare workers was the most ethical move towards diminishing health disparities.

When applying ethical principles to the potential early vaccine allocation groups, Chamberland noted that the decision would hinge on three factors: Maximizing benefits and minimizing potential harms; promoting justice by including input from groups disproportionately impacted by the virus, ensuring fair and equitable access, and identifying and addressing barriers to vaccination; and mitigating health inequities by contributing to a reduction in health disparities and considering what health inequities might inadvertently result from the allocation plan.

And, while offering the first wave of vaccinations to adults with high-risk conditions or people ages 65+ was deemed to offer several benefits and promote justice, the committee’s consideration came down to the concern that choosing one of these groups first might increase health inequities instead of mitigating them.

Giving the vaccine to high-risk individuals first, they argued, would overlook patients whose high-risk conditions have gone undiagnosed due to a lack of healthcare, therefore unintentionally favoring sociodemographic groups that already have better access to care; similarly, age-based criterion could increase disparities “due to racial and social inequities, such as occupation, income, [and] access to healthcare.”

Meanwhile, vaccinating essential workers first preserves services that are essential to the Covid-19 response and overall functioning of society, addresses elevated occupational risk of SARS-CoV-2 exposure for those unable to work from home, promotes access to vaccines and reduces barriers to vaccination in occupations with low vaccine uptake, and makes the vaccine more readily available to racial and ethnic minorities, who are disproportionately represented in many essential industries — and, nearly 25% of essential workers live in low-income families, Chamberland noted.

During the committee’s morning session, vaccine makers were asked to present updates and “Transparency” became the watchword, as ACIP members expressed concerns over a lack of details from Janssen Pharmaceuticals regarding the unidentified illness that prompted a temporary halt to the company’s Covid-19 vaccine trial earlier this month.

The phase III ENSEMBLE trial, which first kicked of on Sept. 23, was designed to assess the efficacy and safety of a single dose of Janssen’s vaccine candidate, Ad26.CoV2.S, against placebo in a planned cohort of 60,000 adults ages 18 and older in the U.S., Argentina, Brazil, Chile, Columbia, Mexico, Peru, and South Africa — however, this and all other vaccine trials from the company were put on hold on Oct. 13 while a safety event the company referred to as an “unexplained illness” was investigated. And, while the study has since resumed recruitment in the U.S., additional details regarding the adverse event have not been forthcoming.

In a presentation on the status of Janssen’s Covid-19 vaccine program, Jerald Sadoff, MD, senior advisor of Clinical Development with Janssen Infectious Diseases and Vaccines, noted that the adverse event was “a complicated case that had multiple potential causes which have not completely been determined,” but he added that the independent Data Safety and Monitoring Board (DSMB) overseeing the ENSEMBLE trial, along with experts from the company, “believe that there’s no relationship between the vaccination and the event.”

Sadoff declined to provide further details on the trial pause, claiming that Janssen is reluctant to discuss the case further in public in order to refrain from compromising study blinding and maintain the privacy of the study participant who experienced the event, avoiding “speculation which is not warranted” — the company made a similar statement in its Oct. 23 press release announcing plans to resume the trial.

When pressed to offer any information at all for the sake of transparency, Sadoff only clarified that the illness occurred in one of the younger trial participants, stating that additional information would be made public “in a timely manner.”

“I just hope you understand how important transparency is to developing vaccine confidence,” Sandra Fryhofer, MD, of the American Medical Association said as she pressed Sadoff for additional details. When asked for clarification regarding what the company considered a “timely manner,” Sadoff reiterated that those determinations would be based on “confidentiality and non-blinding considerations.”

“I just want to echo the other sentiments,” noted Sean O’Leary, MD, MPH, of the Pediatric Infectious Diseases Society, as Sadoff continued to deflect calls for additional details from several committee members. “Confidence in these vaccines is so crucially important that transparency takes on extra weight in the current environment. I think you very well may be justified in these confidentiality concerns, but I think in the perspective of the public, in a trial of thousands of people, that’s going to be a hard pill to swallow.”

Sadoff noted that Janssen would take these comments under consideration.