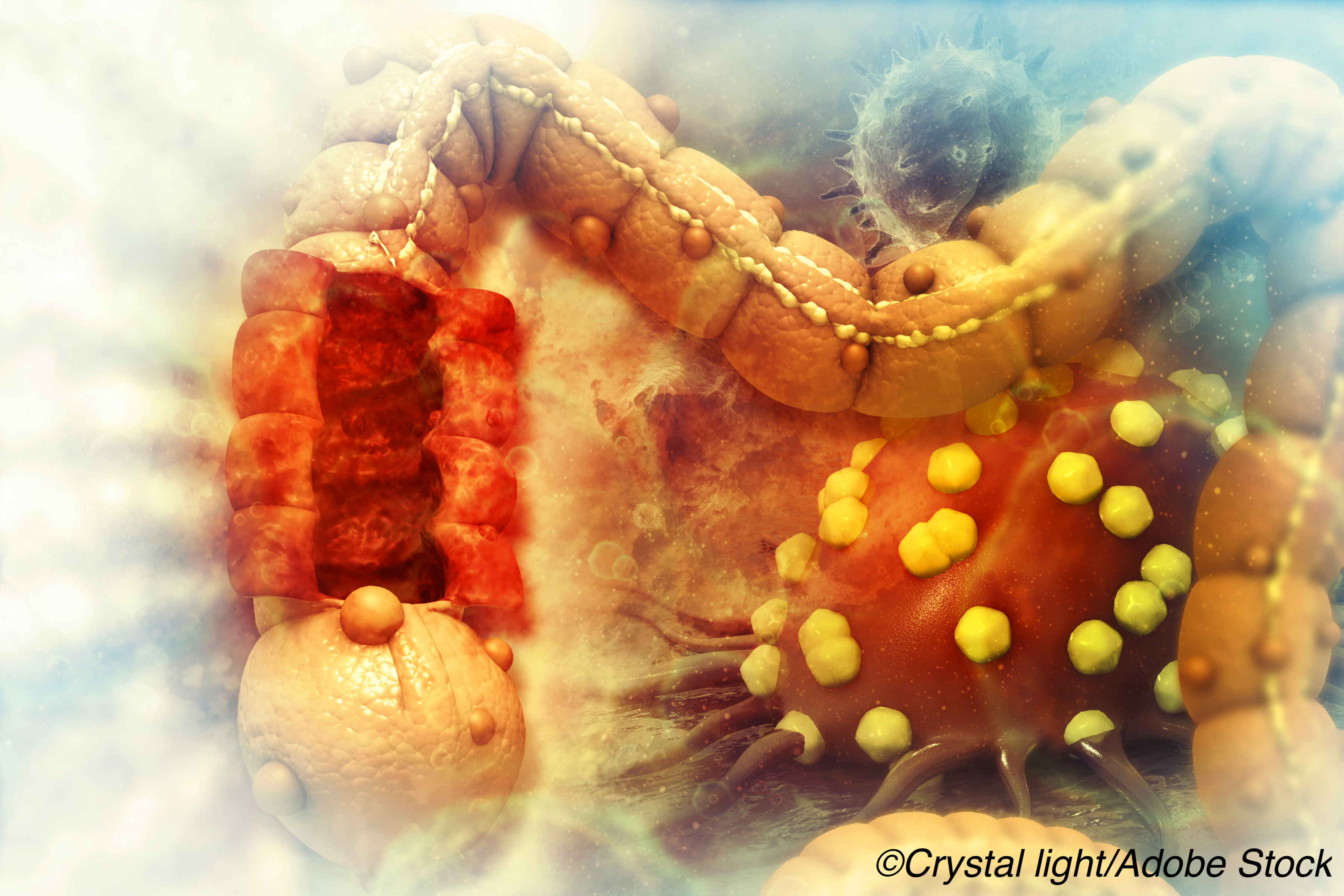 The benefit of the chemoprevention regimen did not, however, emerge until 5 years after initiation.

On the per-protocol analysis restricted to participants who actually took aspirin for 2 years, the intervention reduced the risk of CRC by 44% compared with placebo at a HR of 0.56 (95% CI, 0.34-0.91; P=0.019), Burns and colleagues observed.

“[T]he data reported here support the recommendation that adult carriers of the pathogenic mismatch repair gene defect (Lynch syndrome) should be advised that taking 600 mg aspirin daily for at least 2 years significantly reduces the risk of a future cancer,” they concluded.

The Cancer Prevention Program 2 was launched in 1999 and focused specially on participants with Lynch syndrome, formerly referred to as hereditary non-polyposis colon cancer.

In CAPP2, participants were randomized to 600 mg a day of enteric-coated aspirin or placebo.

In the current report, a total of 861 participants were beyond the 10-year anniversary of their recruitment and were included in the analysis.

In addition, national cancer registry data were collected for up to 20 years from 3 countries — England, Finland and Wales — and were analyzed separately.

Now, with longer-term follow-up, chemoprevention with aspirin no longer significantly reduced the incidence of non-colorectal Lynch syndrome cancers compared with placebo either on the ITT or on the per-protocol analysis.

On the other hand, the protective effects of aspirin against CRC persisted for up to 20 years of follow-up.

Furthermore, the incidence of CRC began to diverge between the 2 treatment groups beginning around year 5 and remained lower throughout the long-term follow-up.

“Adverse events during the intervention phase between aspirin and placebo groups were similar,” the authors noted.

Commenting on the findings, Matthew Yurgelun, MD, and Andrew Chan, MD, both from the Harvard Medical School in Boston, Massachusetts, asked whether physicians should now routinely recommend 600 mg a day of aspirin for all Lynch syndrome carriers on the basis of these long-term results.

“Most clinical guidelines recommend that aspirin be considered for Lynch syndrome carriers,” they observed.

“These updated data, showing that only 24 Lynch syndrome carriers need to be treated with 600 mg/day aspirin to prevent one colorectal cancer, should strengthen such recommendations,” they suggested.

Nevertheless, Yurgelun and Chan pointed out that even though major bleeding and other adverse events were uncommon in CAPP2, participants were relatively young on study enrolment at a mean age of 45 years.

In contrast, participants in the Aspirin in Reducing Events in the Elderly (ASPREE) trial had a 38% higher risk of aspirin-associated major bleeding events compared with placebo at a HR of 1.38 (95% CI, 1.18-1.62) over 4.7 years of treatment.

The dose of aspirin used in ASPREE was also significantly lower at only 100 mg a day than the dose used in CAPP2.

Thus, recommendations to take aspirin for CRC prophylaxis in Lynch syndrome carriers should be age-dependent, as the editorialists suggested.

An earlier analysis of CAPP2 also showed that the benefits of aspirin may be most pronounced in obese Lynch syndrome carriers and that those at low risk of CRC may derive little benefit from aspirin chemoprophylaxis.

“The legacy effect identified in CAPP2 raises the intriguing possibility that there might be an optimal window in early adulthood for short-term aspirin exposure which maximizes the benefit-risk profile,” Yurgelun and Chan observed.

Until data are available from a future analysis of CAPP3, “CAPP2 provides a compelling rationale for broader aspirin use in most Lynch syndrome carriers with dosing and duration tailored according to individual risks and benefits,” they concluded.

Burns declared that he received a fee as a speaker at a Bayer workshop in 2010.