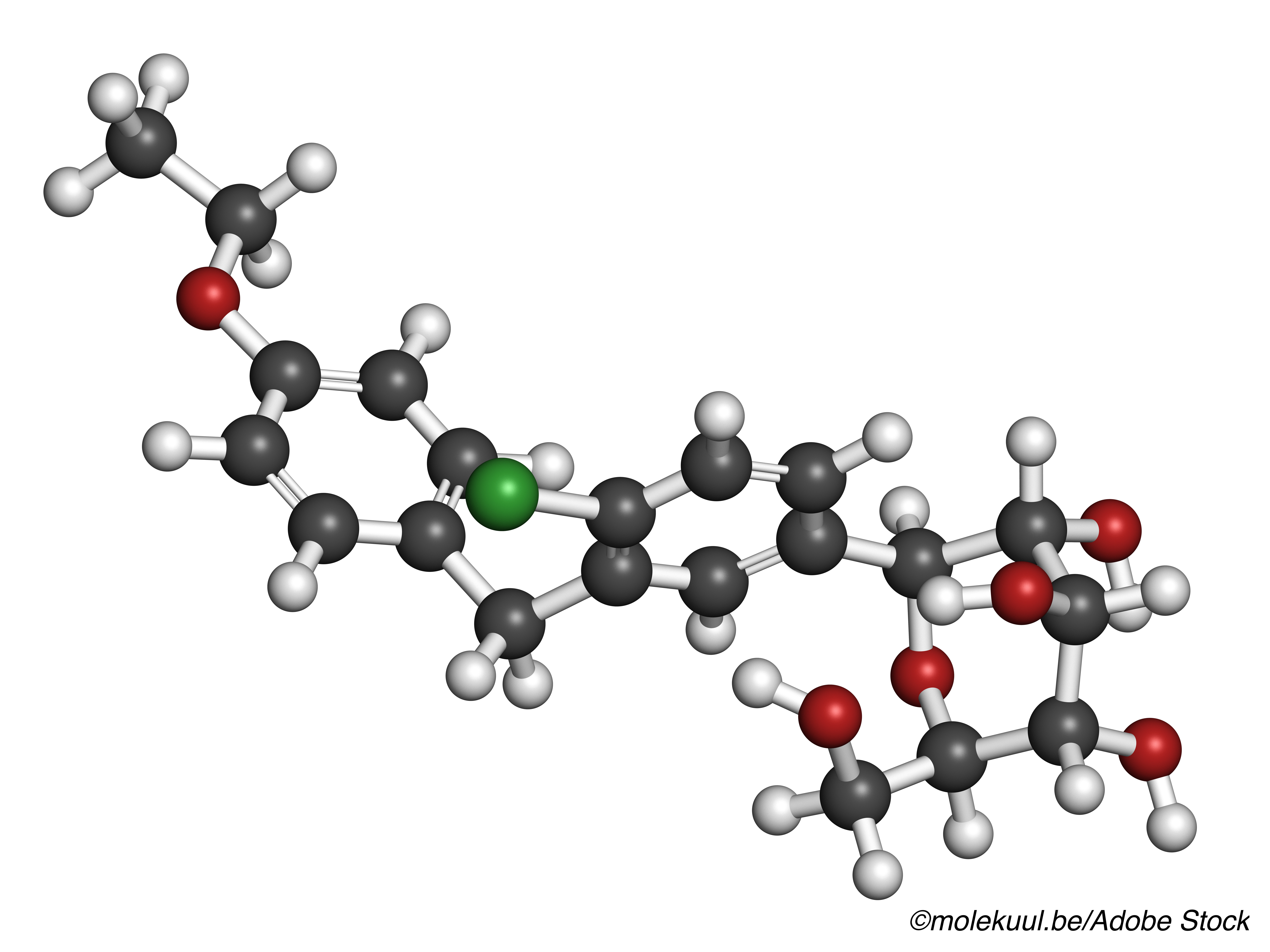 Although treatment with dapagliflozin consistently reduced the relative risk of cardiovascular (CV) events regardless of baseline estimated glomerular filtration rate (eGFR) and albuminuria status in patients with type 2 diabetes who had or were at risk for atherosclerotic cardiovascular disease (ASCVD), patients with more severe kidney disease—as evidenced by reduced eGFRs and albuminuria—reaped the greatest benefits from treatment, according to a recent secondary analysis of data from the DECLARE-TIMI 58 trial, published in JAMA Cardiology.

“Sodium-glucose cotransporter 2 inhibitors, such as dapagliflozin, promote renal glucose excretion and reduce CV deaths and hospitalizations for HHF among patients with type 2 diabetes. The relative CV efficacy and safety of dapagliflozin according to baseline kidney function and albuminuria status are unknown,” wrote Thomas A. Zelniker, MD, MSc, of the Medical University of Vienna, Austria, and colleagues, adding that patients with both type 2 diabetes and kidney dysfunction are particularly prone to having increased risks for CV outcomes.

In the original DECLARE-TIMI 58 trial, researchers randomized 17,160 patients with type 2 diabetes who were at increased risk for or had established ASCVD to treatment with either dapagliflozin or placebo, they explained. Patients with creatinine clearance below 60 mL/min, however, were excluded from the trial.

For their secondary analysis, Zelniker and colleagues categorized DECLARE-TIMI patients according to their baseline eGFR (˂60 versus ≥60 mL/min/1.73 m2), urinary albumin to creatinine ratio (UACE: ˂30 versus ≥30 mg/g), and the number of chronic kidney disease (CKD) markers they had (0, 1, or 2). The dual primary end points were major adverse CV events, including myocardial infarction, stroke, and CV death; and the composite of CV death or hospitalization for heart failure (HHF).

Greater absolute risk reductions were seen in those with more markers of CKD for the composite of CV death or HHF and for major adverse cardiovascular events: −0.5% for those with 0 markers; −1.0% for those with one marker; and −8.3% for those with two markers (P=0.02 for interaction).

Finally, the incidence of amputations, cases of diabetic ketoacidosis, fractures, and major hypoglycemic events were balanced or numerically lower in patients treated with dapagliflozin compared with placebo who had an eGFR of below 60 mL/min/1.73 m2 and a UACR of 30 mg/g or greater.

“Kidney outcomes in the DECLARE-TIMI 58 trial, according to baseline kidney function, have been recently reported showing a consistent favorable effect supporting the use of SGLT2i therapy for patients with CKD. Dedicated kidney outcome trials studying the role of SGLT2i therapy for patients with or without type 2 diabetes are currently ongoing. Recently, the Dapagliflozin and Prevention of Adverse Outcomes in Chronic Kidney Disease (DAPA-CKD) trial showed a significant reduction of kidney events in patients with CKD irrespective of the presence or absence of diabetes. Those data with their favorable safety profile across the different subgroups of CKD support the use of dapagliflozin in this patient population and support further investigation of patients with more severe stages of CKD despite the lower glucose-lowering effectiveness of dapagliflozin for this condition,” concluded Zelniker and fellow researchers.

Study limitations include the exploratory nature and limited statistical power of the subgroup analyses, lack of adjustment for multiple testing, and limiting analysis to patients with eGFRs of at least 60 mL/min/1.73 m2, which limits the generalizability of these results to patients with lower eGFRs.

Zelniker reported receiving grants from Deutsche Forschungsgemeinschaft during the conduct of the study; personal fees from AstraZeneca and Boehringer Ingelheim; and grants from the Austrian Science Fund outside the submitted work.